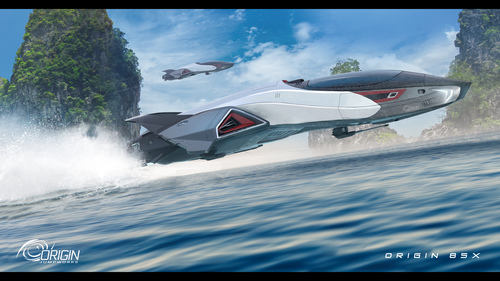 This Valentine’s Day, we’ve got love and rockets! What better time to introduce that special someone to the wonders of Star Citizen? To that end, we’ve created a special offer that focuses on ships that let you take on the galaxy together. From the stylish 85x runabout (perfect for a romantic evening watching the traffic at Port Olisar) to the massive Starfarer Gemini tanker (room for the whole family… and then some!), we have multi-crew ships for every occasion — plus special discounts on two-packs!

Not quite ready to commit? We’re also giving you (and your loved ones) the opportunity to try Star Citizen for free! Just click HERE, use the code SHARETHELOVE and you’ll receive access to a multi-crew Constellation Andromeda to test fly through Sunday, February 20th. Ready to bring a friend to Arena Commander, Star Marine, Crusader and beyond? A limited number of discount starter packages are also available below. Sale runs through February 28, 2017 or while supplies last. 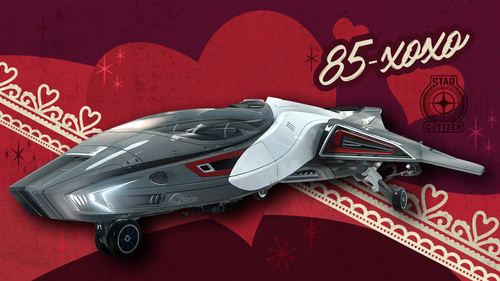 Sleek, sharp lines? Classic Origin interior? Check. The 85X is a true couples spacecraft, with twin front seats that allow you and your companion an unparalleled view of the universe ahead. The 85X is a snub ship par excellence, capable of moving from planet to orbit (or station to planet) with ease… and the unique seating configuration is perfect for a romantic date!

Elegantly styled and meticulously constructed, the 85X is a versatile away-vessel that features precision control in and out of atmosphere. Utilizing much of the same thruster technology as the 300 series, the 85x has the power of a racer with the reliability of a touring ship. Whether descending down to the planet surface or taking in the sights of your system, this runabout continues Origin’s proud tradition of turning heads.

Ready to move things along a little faster? Okay, are you ready to move things A LOT faster? A dedicated racing variant of the popular Origin 300 series, the 350R can take a pilot and passenger farther, faster, and look good getting there.

The combination of a boosted power plant and twin Hammer Propulsion HM 4.3 thrusters makes the 350R the fastest personal craft you’ll ever call your own. The Origin 350R is ready to take on the Murray Cup today! 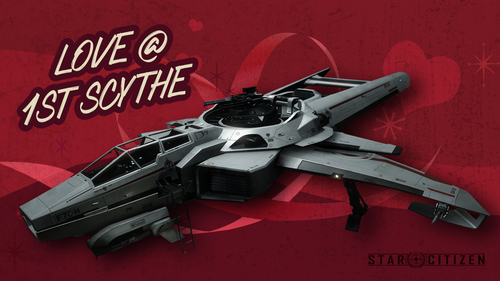 Sometimes love stings… so sting it back with Anvil’s F7C-M Super Hornet! Recently updated for 2947 (and 2.6.1), the Super Hornet is an ideal couples ship, featuring a second seat for a radar operator/turret gunner. Of course, it’s no slouch in the firepower department: perfect for those relationships where it’s the two of you against the world (or universe).

The closest to the Military load-out as is legally possible for a Civilian model, the F7C-M Super Hornet reattaches the ball turret and offers near milspec parts under the hood. Proving that two heads are better than one, the Super Hornet is a truly terrifying mark to engage.

Thinking about getting serious? Nothing says ‘I care’ like the rugged Aegis Vanguard deep space fighter, a favorite among long range mercenary pilots and well-armed explorers alike. With firepower and the ability to get you and your co-pilot out of the most dangerous situations, the twin-boom Vanguard design is a favorite from Earth to the frontier.

By popular request, we are also making available the Battlefield Upgrade Kits (BUKs) for the Vanguard line, which allow captains to swap between variants on a single chassis. Please note that these upgrades are not available in the current alpha build of Star Citizen; their functionality will be added in a future patch. 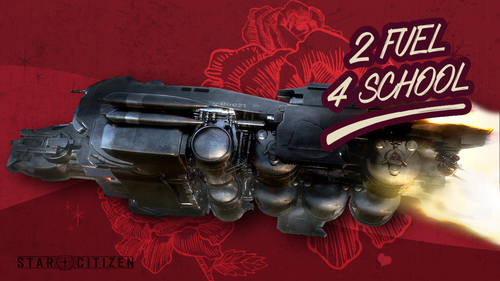 Nothing keeps the fire burning like… thousands of tonnes of hydrogen. The Starfarer Gemini is the military variant of the famous tanker and one of the largest ships currently available in Crusader. The Gemini has plenty of room for you and your significant other to spread out… or for that family on the drift. Just keep the kids away from the missile launcher.

The G2M Gemini, more commonly the Starfarer Gemini or ‘Star G,’ trades some cargo capacity and maneuverability in exchange for reinforced armor, increased shielding, more powerful engines and stronger versions of the three manned turrets. The Gemini also includes an optional missile pod, which can be swapped for the fuel intake unit on the ship’s nose.