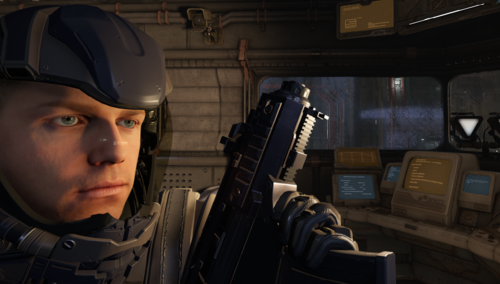 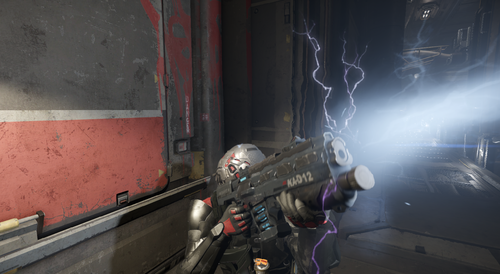 It has been another big week for the Star Marine team! We’ve continued our focus on animation-related issues, as we see getting the unified first/third-person animation as our biggest goal. That’s one of the most important things that will carry over into the rest of Star Citizen, in Arena Commander, the Social Module, Squadron 42 and beyond. Other team members are using this time to continue perfecting other systems, including weapons and the general design of the Gold Horizon level. You can find details on our progress and ongoing blockers below. We’ve also included an updated video showing the recent lighting changes to the Gold Horizon level; it should show off the changes a little better than last week. Enjoy!

Please note that next week’s Star Marine update may come the following Monday (August 10 rather than August 7.) We expect it will be all-hands-on-deck to support the Gamescom presentation on Friday!

Netcode! The word should make our blood run cold at this point… but we have this covered. Network programmers at Illfonic and our friends at Wyrmbyte have made performance improvements with regards to player prediction, head look smoothing and body rotation smoothing. The game sends fewer packets and it now spreads out the sends for frame optimization. Player prediction should be greatly improved for our next internal playtest, and these changes are being integrated into material we’re making available for the team heading to Gamescom.

There was plenty of other work on the gameplay side, too. Designers adjusted the ‘ready’ pose of the characters to keep muzzles pointed closer to the center of the screen, making the transition to ADS faster and more intuitive. Overall balance/feel changes include reducing the spread parameters of firing from the ready position while moving, adjusting movement/rotational spread modifiers across all weapons (move more, hit less!) and adjusting armor values based on feedback from playtests. Fixed weapons have been adjusted by remove clients and we’ve re-implemented some content previously disabled including the DoF mask for scoped weapons (sniper rifles) and the third person camera (insert key) in Free Play Practice mode. Playtest feedback has also caused us to adjust the rate of fire for pistol weapons.

Bug fixes are ongoing, too. We’ve stopped the crosshair from appearing in the 3rd person view, something necessary to fulfill the dream of a first person universe. UI will be largely disabled in the third person, much like Arena Commander. We have a temporary fix for an issue that was causing items to randomly teleport around the level, with a permanent change inbound. The personal shield not showing up in players hands is resolved (check out some screenshots of the shield in action!) and we adjusted the muzzle flash in third person view because the VFX was scaling up too much. Issues with the charging station are resolved, and we’ve prevented players from swapping weapons while throwing a grenade (one thing at a time, marines!)

Interface work this week includes a new health display art widget in the HUD. We’re still hooking this up to gameplay code so that it properly reports changes in injury states, but it’s looking pretty cool! The old health widget is out and the player heal button prompt is now fully implemented. We also have the directional hit indicator art ready for hookup, with the initial implementation for review scheduled to be play tested early next week. We’ve adjusted the position of the heavy helmet to reduce the amount of screen space it takes up, and we’ve hooked up and debugged issues with chat displayed through the HUD. Finally, we smashed one tricky bug which was causing your gun to be drawn on top of certain HUD widgets. In our next update, we should be able to share some cool UI work… so stay tuned!

As we’ve mentioned, getting the animation exactly right is our biggest effort right now. This week, animators hooked up the fire animations for the sniper rifle, finished a pass on the crouch start and stop, resolved ongoing crouch ADS issues, reduced weapon recoil animations on the laser rifle and finished work on the third person crouch-to-prone transitions. Whew! We also kicked off work on jukes for pistols, locomotion transitions and gadget throw animations. Lastly, we will also admit to breaking (and then fixing!) the reloading animation while in ADS. Can’t make an omelet without cracking a few eggs!
Many people have asked about the new character rig, and so we’re happy to provide a short update: it’s still undergoing testing by the Lead Animation programmer in Frankfurt, but we received provisional approval earlier today and now hope to have the final rig for the retargeting process first thing Monday morning.

Our artists have focused on two major areas where they can continue to improve Star Marine: individual weapons and the overall Gold Horizon map. Weapons work this week included new decals on the P4AR and work on the red dot scope for the ATT4. This scope (used with no magnification) was chosen since we put the Ghost Ring as the default sight on the P4AR. Artists also considered their ‘look and feel’ re-work of Gold Horizon assets, which will be an ongoing item in future reports. This week’s effort included changing stair heights and developing two versions of all panel textures (clean and dirty.) Work on this item will likely continue up until release. This and other art bug fixes are ongoing. Finally, art provided graphics for the lobby UI Free Play practice mode, which will be hooked up next week.