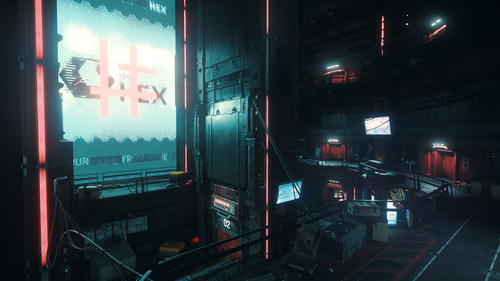 We have published a major update to Star Citizen. Star Citizen Alpha 2.5 includes significant changes to Star Citizen’s Crusader persistent universe environment. This patch, now available in your Star Citizen launcher, introduces the detailed Grim HEX pirate base, which is a major addition to the game world and an important part of our evolving faction system. Three ships have been added to flight-ready status, the Reliant KORE and two variants of the ARGO MPUV short-range transport. Details on other aspects of the patch are available below, and a full list of changes, balance updates and bug fixes can be found in the complete Patch Notes.

For the first time in Star Citizen, those that live outside the law now have a base of operations! The Grim HEX outlaw base is a home away from home for those that choose to live outside the United Empire of Earth’s laws. There’s plenty to discover at Grim HEX, including a pair of stores: Skutters is a guns and armor shop with a focus on energy weapons, and KC Trending is a new clothing store with unique merchandise, but that’s only the beginning. Grim HEX will continue to expand with future patches with the addition of a bar, criminal missions and outlaw racing area.

Grim HEX isn’t just a cool place to explore: it’s also an essential evolution of Star Citizen’s faction and reputation system. With Alpha 2.5, lawbreakers will now spawn (and respawn) at Grim HEX and will also no longer have Port Olisar as a Quantum Travel option.

Grim HEX is located deep in the Yela asteroid belt, and you’ll need to explore the region yourself to locate it. Or, just ask an outlaw… they’re a trustworthy sort!

Housing Exchanges (also known as HEXs) are a popular style of cheap stations built into hollowed asteroids in an effort to save money on construction materials. HEXs offer affordable housing as well as shopping and entertainment options for temporary workers fulfilling contracts in the area. The simplicity of their build made them easy to maintain and their signature hexagonal honeycombed pieces made them exceedingly durable. Though originated by Everline Structures Inc, this style of station has been adopted by a variety of manufacturers because of their relatively low cost to build and operate, you can find these stations in various forms all over the universe.

As the ‘Verse expands, the process of landing (and rearming, repairing, refuelling) your ship in a variety of different environments will become all the more important. With Star Citizen Alpha 2.5, we are pleased to introduce the first iteration of a landing system that offers a simple and smooth automated landing system AND gives players the ability to land manually. The system will grow over the coming releases to ultimately incorporate things like docking and the ability to request/obtain landing authorization through the Comms System.

With this patch, players are now able to enter Landing Mode by simply lowering their landing gear (done by tapping the “N” key on the keyboard). Landing Mode reduces the speed of the ship down to Precision Mode speed and changes the AR display from regular AR to landing AR. This flags landing pads as either Valid (blue), Invalid or Recommended (green.) By default, Valid pads are unobstructed and the correct size for the ship, whereas Invalid pads are either obstructed or the wrong size. There will only ever be one Recommended pad flagged at any one time, and it’ll normally be the closest Valid pad to the player. Once over a pad, the player can either land their ship manually or automatically (holding down the “N” key). A few seconds after touch down, Landing Mode will be disabled and the AR display will return to normal. Likewise a few seconds after taking off, Landing Mode will re-enable for as long as the landing gear is down. Putting the landing gear away will disable Landing Mode.

Get to the KORE… 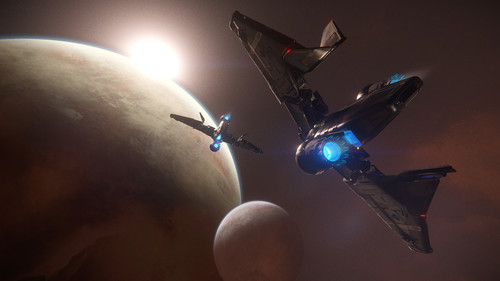 The 2946 MISC Reliant is cleared for launch. Featuring a distinct flying-wing shape, extensive cargo room, unique weapons mounts and Xi’An influenced technology, this new addition to MISC’s lineup is sure to be popular around the inhabited universe. Planned as a ‘starter ship’ for new pilots, the Kore variant of the Reliant is a hauler with additional speed and dogfighting capabilities not found in a dedicated freighter ship.

In fact, the Kore was designed specifically by MISC to act as a balanced support its own Hull series. While the Hull line is solely dedicated to moving cargo from point to point with little interference, the nimble and better-armed Reliant is ideal for journeys that might involve an engagement or two. The Reliant has recently been approved for sale and flight around the inhabited galaxy.

The Reliant KORE is now flight-ready. You can learn more about the 2946 MISC Reliant here.

ARGOs Are Here to Help! 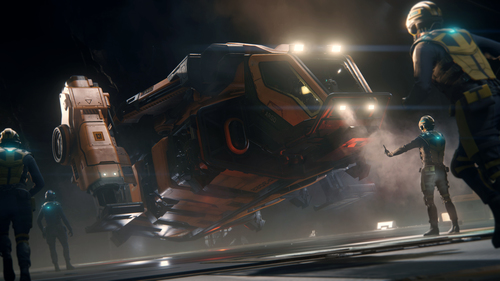 In a galaxy full of badass starfighters, impossibly complex explorers, massive cargo ships and rough-and-ready miners, is there room for some simplicity? The team at ARGO Astronautics says: YES. The ARGO may not be any kind of warship and it’s unlikely an ARGO will ever be the first to set down on an alien world… but they are an essential part of human commerce, which makes them a valuable tool for anyone interested in building a mercantile empire.

The MPUV platform, generally called the ARGO after the company that designs and produces the ship, consists of a universal cab attached to a variety of different role-specific modules. The United Empire of Earth’s military forces use ARGO variants extensively for everything from search and rescue to personnel transport to munitions loading. The ARGO is, by all accounts, easy to pick up and fly (many new pilots train on them) and especially effective in its particular roles. Today, two variants are available for service in the Stanton System.

The ARGO Astronautics MPUV is now available in two flight-ready variants. You can learn more here. 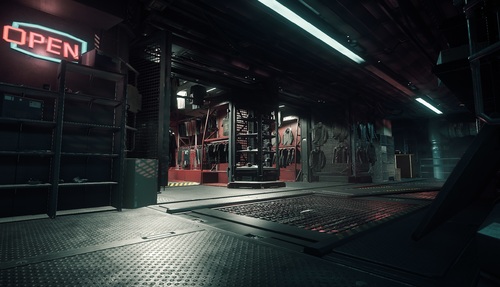 For the past several 2.x patches, we have been introducing elements of Item System 2.0. With Alpha 2.5, we have begun converting player and ship items. As with the prior, similar updates to ship components, this is largely at the back-end level: implementing new component class systems, naming conventions and other needed functionality, as well as retrofitting all existing armors and weapons to be compatible. These changes will allow us to implement greater modularity to first-person items. This should not affect the function of any in-game items and changes to player item stats should be minimal.

Bring Out the BIG GUNS 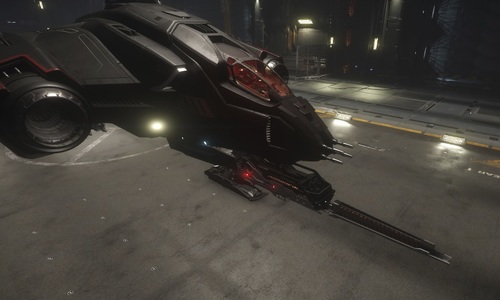 M7A Launches With a Bang

Alpha 2.5 introduces a new gun for the Voyager Direct and in-game rental stores: the size 5 Behring M7A laser cannon. This is the largest gun we’ve introduced for civilian ships in Star Citizen and needless to say, it packs quite a punch. This versatile long distance energy cannon is the latest in Behring’s M-Series. The M7A is designed to act as a high impact deterrent effective at medium to long range. The new AC8 Lens system minimizes stopping power loss over distance, making each shot equally effective at longer ranges. The M7A has also been mounted on the Starfarer Gemini’s turret by default. Check it out in Voyager Direct store here.

We would like to close by thanking the thousands of backers who submitted bug reports in Alpha 2.4 and those that participated in the Evocati and PTU testing phases for Alpha 2.5. Your feedback, thoughts and willingness to ‘battle the bugs’ with us is what makes releases like this possible.