Star Citizen Alpha 1.3 is now available on the live server! Alpha 1.3 represents our first ‘post merge’ patch, which means that a great deal of work has happened ‘under the hood’ combining several different development streams. The merge process conducted these past weeks has prepared the game for the next major update: the upcoming Alpha 2.0 “Mini Persistent Universe.” In addition to technical work, today’s patch includes updates to the flight model, a selection of new, larger guns for Voyager Direct and a variety of other changes. The patch is currently accessible via the Star Citizen Launcher and a complete list of release notes (including balance modifications, known issues and other changes) are available here. 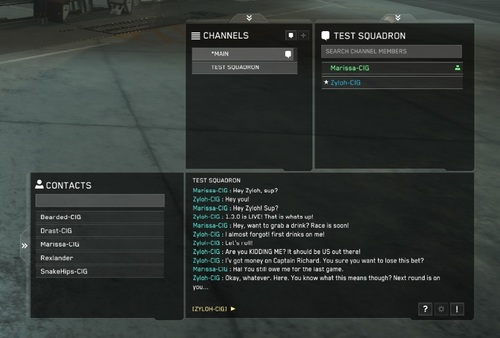 Chat gets an update.

This patch includes a large expansion to the ArcCorp’s Area 18. It adds the under-construction Galleria area, an overhaul of the social interface, new emotes and the addition of Greycat buggies around the zone that can be driven and crashed. We have also introduced some balance changes to both ship health and weapon damage, as well as a number of bug fixes. Finally, today’s patch also includes a significant update to the social module’s chat system. Want to learn how to socialize in the ‘Verse? We’ve put together a Chat FAQ available here for those interested.

We would also like to take a moment to thank the many backers who worked tirelessly to help the team locate and eliminate blockers on the PTU. The ability to issue more rapid PTU updates have been a goal for the project, and we’re happy to have been able to have launched six iterative test universe patches to get to this point! Thank you to our elite vanguard of volunteer testers who have made today’s release possible. 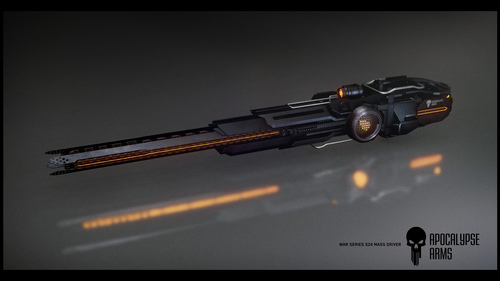 Guns are getting bigger!

Star Citizen Alpha 1.3 adds a larger Size 4 Behring Combine Ballistic Cannon intended for use with the upcoming flyable Retaliator. Since the multicrew bomber is not available today and we know pilots would love some new toys to work towards, we’re making them available in the Voyager Direct site today along with a pair of specialized mounts that will let you attach them to either the Cutlass Black or the Hornet series of spacecraft. All three items are now available for rental with REC or purchase with UEC. A second gun, a size 2 Strife Mass Driver, is also available!