From time to time we like to open Star Citizen up to our fans, and provide access to ships they might not otherwise own. This is not only a great chance for players to try new ships out, but it helps provide additional testing for those ships, too!

You can register for an account here to get started. If you already have an account from a previous Free Fly, you’re all set! Just log in via the Star Citizen launcher and we’ll see you in the ‘Verse!

We’ve issued another minor patch for Star Citizen Alpha 2.3 this week, focusing on a set of specific bug fixes identified during testing. Thank you as always to our talented backers who have helped us drill down on and now eliminate these bugs! You can find a complete list of changes here.

April 15th is TAX DAY in the United States. For some, a time of dread where the government takes their money… for others, a small reprieve! If you’re in the latter group, we’re celebrating tax day UEE-style, with surplus military ship designs. We’ve brought back several limited ships through April 22. All four ships are currently flyable in the Crusader mini-PU. So if you’ve been waiting for a chance to crew a Retaliator or to zip around in a Super Hornet, this is it! 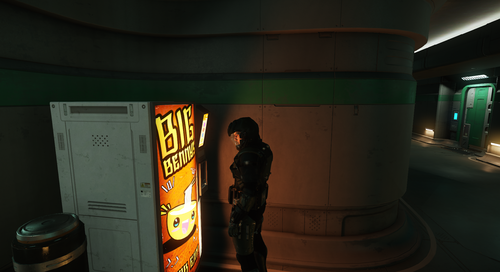 Remember: we are offering these pledge ships to help fund Star Citizen’s development. The goal is to make additional ships available that give players a different experience rather than a particular advantage when the persistent universe launches. Ship types sold during limited sales will be available to earn in the finished game.

Would you rather pick up something a little more physical? We’re having a limited sale on Star Citizen track jackets! The remaining stock has been discounted AND will ship with a free Star Citizen playing card/notepad bundle. You’ll be the envy of all your friends dealing Star Citizen cards in a handsome jacket. You can find the offer here.

Last week we released our March Monthly Report. As always, it’s a comprehensive and in-depth look at the overall development of Star Citizen. So, maybe that wasn’t this week, but you should check it out if you haven’t anyway. It’d make us happy if you did. CLICK HERE TO SEE THE MARCH MONTHLY REPORT THAT WAS PUBLISHED LAST WEEK AND NOT THIS WEEK.

Want to follow Star Citizen’s development without checking the Comm-Link every day? You can access our official social media challenges here:

Want to meet the team making the game? Check out the personal Twitter feeds below!

PLEASE NOTE: These are the personal feeds of Cloud Imperium Games’ developers. The statements and opinions expressed do not represent Cloud Imperium Games, and should not be taken as the final word on any element of game design or planning. The following developers are willing to connect with backers and share information about their lives when possible: