Below are answers to the most voted questions in our Tumbril Nova Q&A thread posted last week on Spectrum. Thank you for taking the time to submit and vote. In case you missed our initial Tumbril Nova Q&A, you can find it here.

Please note that the Tumbril Nova is still a concept and the answers to these questions are subject to change based on internal balancing and community feedback.

Also, special thanks to Lead Technical Designer John Crewe for his help in answering your questions. 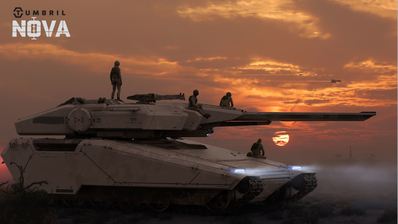 How does the driver see out of it? Does it have thermal/night vision?

The driver, along with all seats, has the ability to view through an external camera like the Super Hornet gunner. In addition to this there, is an armored flap that can slide open on the front of the vehicle to provide a natural view out, protected by armored glass.

How effective are EMPs against the Nova Tank?

While it is somewhat hardened against EMP strikes with its military grade components, a big enough EMP weapon will cause the same shutdowns as with our ships.

What will the fuel range on the Nova be like?

The Nova has an average range for its type, it is heavy and is unable to travel huge distances like dedicated exploration vehicles. 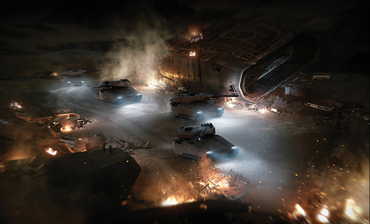 Why should I have a battle tank if nearly no ship can transport it into combat?

Ground vehicles can already be spawned planet-side, and a large proportion of ground vehicles usually never leave the planet they were spawned on originally.

Can the Nova realistically hold its own against ships like the Sabre and Hornet?

The missiles and laser repeaters on the Nova are realistically the best defense against ships attacking it, as the main cannon does not have the speed or articulation to hit fast moving targets. When considering damage output, those weapons might be enough to deter a dedicated fighter like the ones mentioned but not for long. Using modern day scenarios as an example, the best use of tanks is with combined forces against an unprepared enemy or lower tier fighter it should be able to hold its own easily. 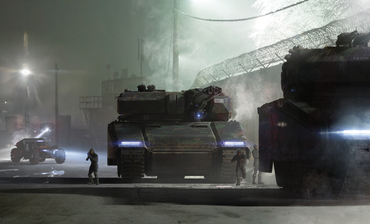 Is the Tumbril Nova amphibious?

The Nova was not designed to be amphibious in any way.

How high vertically can I aim the turret?

The current range on vertical motion on the main turret weapon is -10 to +35 degrees, however as with all assets this is subject to change during development. The Laser repeaters on the turret can aim much higher. 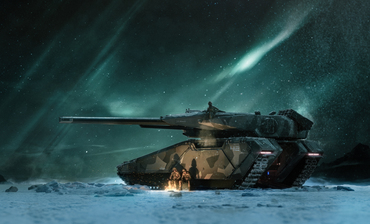 Can the tank be used to provide indirect artillery fire?

The Nova was not designed to do this with the current turret weaponry but it is possible to a limited extent..

What anti-ship capabilities does it have?

As described above, the primary anti-ship capabilities are the missiles and laser repeaters on the turret.