With the recent addition of Spectrum, we can now allow you to add your vote to the questions you most want to see answered. The questions included below are a combination of those that received the most votes, similar questions that were merged into a single instance, and those we felt we could comfortably answer at this stage in the Origin X1’s development.

Now that the ship is concept complete, it will enter our development pipeline where many of the answers you see below will be fleshed out, and those missing will be determined and implemented. While it will still be some time before we see the Origin X1 in game, we hope you’re as excited as we are as the game expands with the further development of Origin ships in the Star Citizen universe.

As always, a special thanks to John Crewe, Todd Papy, Ben Lesnick and Steven Kam for their help in answering your questions.

How does X1 Base/Force/Velocity compare against the Nox and Dragonfly in speed, durability, and overall performance?

The X1 Baseline is the all-rounder of the three. Compared to the Dragonfly, the X1 will provide more speed/agility without the rugged terrain handling and additional passenger seat that serves as 1SCU of cargo holding in the Drake offering. Versus the Nox, it may not be as fast or as well armed (one gun vs two) but is more durable (hull and pilot-wise) while providing better visibility for the occupant.

The X1 Velocity is more agile than the X1 Baseline due to reduced weight (hull and equipment loadout choice) and can reach higher top speeds than the stock X1. With the X1 Force variant, Infinity Customs has extended the hull section between the tail fins which houses an additional shield generator slot providing more resistance against incoming weapon fire than any other bike currently on the market, including the Dragonfly and Nox. This allows you to shrug off those extra hits in combat should you be discovered during reconnaissance. A scout’s usefulness in recon often depends greatly on being able to bring that information home.

Will the X1 Force have special features such as increased scanning or stealth capability? If so, what kind?

The X1 Force differs from the rest of the X1 lineup and the other snubs by having a second shield generator providing increased defensive capability. With Industrial C-Grade components installed standard, items such as the radar and scanner are of a higher grade than the other X1’s but do not offer any new abilities, simply providing better baseline performance for the same tasks. Under the “exploration” category think of it more as an advanced scout, able to sneak close to enemy forces and observe them and should they be discovered, make successful escape more likely due to an additional shield generator. With only the single S1 gun it may not have the offensive capabilities of the Dragonfly or Nox, but the second shield should offset any advantage Origin’s competitors may possess.

How does a person get into and out of the X1?

The side of the X1 opens up allowing the user to enter/exit and interact with the internal components for repair. Here’s an animation from the early blockout exploring how it works.

How do the three X1 differ? Are they physical hull variants, the same hull but with different loadouts, or just skin swaps?

The three X1’s are designer-customized variants with different physical hulls, courtesy of Alberto Vara. The Velocity contains a Competition C-Grade loadout and lightweight hull optimized for performance, removing unnecessary drag like the weapon hardpoint while the Force has its slightly wider hull designed to house the extra shield generator hardpoint. Due to these special modifications unique to each X1 variant, they cannot be recreated completely by swapping components on the X1 Baseline.

Additionally, we’re looking to address the visibility/readability of what ships are hull variants, paint & loadout swaps, or utilize the module system in the upcoming rework of the ship stats matrix, but it’s worth considering that a space bike, being a very small and tightly constructed vehicle, is a little more limited than larger vehicles in general when it comes to supporting pervasive modularity.

Is there an advantage to having the Origin X1 Baseline over a Velocity or Force? Why would anyone want to use the base model?

It very much depends on what you want to use your X1 for. For the most part, we expect the Velocity to be preferred largely by specialist or dedicated racers, as the lack of weapon hardpoints limit its options for day to day use compared to its variants. With the X1 Force, you can get extra defensive shielding and improved scanning but at the cost of weight and an increase in price; just as the Velocity sheds mass to become a better racer, the Force trades a bit in that department for taking on extra gear. The X1 Baseline may be the most well-rounded of the three at a more comfortable price. 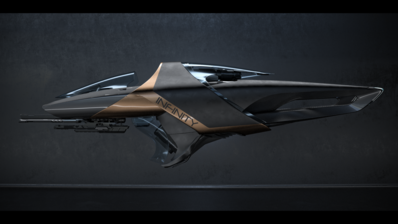 The X1 Force has a S1 Laser Repeater while the Baseline has an S1 Laser Cannon. What’s the difference, and why is one more suitable to fulfill the Force’s role?

Laser repeaters put a more continuous stream of fire down and are better suited for target saturation, while cannons (Ballistic and Laser) require a more precise sense of marksmanship due to their lower rate of fire. Your mileage may vary, but many people generally find repeaters easier to get used to. Also worth noting: default loadouts are exactly that. You may swap out for any S1 weapon that suits your personal preferences. 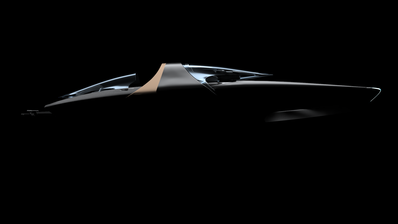 What advantage does the second shield generator of the FORCE provide? Will it provide life support (atmospheric shielding keeping oxygen in/non-breathable atmosphere out) to the pilot?

The shield generators on the X1 Force are defensive in nature and aren’t a Tevarin-style “air shield” you might find on larger spacecraft. All of the X1 Variants and current spacebikes from Drake and Aopoa are “open-canopy” craft and therefore lack integrated life support. You’re going to want to wear an appropriate suit for the environment you expect to be riding through. 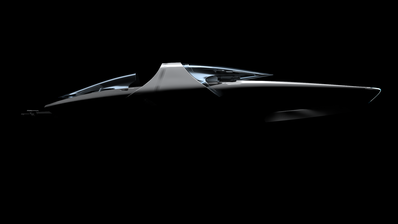 How long until we can expect to see the X1 in game?

The X1 is not scheduled for Alpha 3.0 and is intended for a future 3.x patch; we hope to have a better idea the cadence for additional ships coming online once work on 3.0 is finished.

What are the differences between the variants? Right now all the stats say TBD. 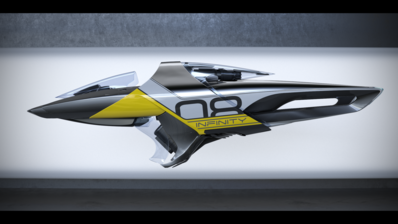 Aside from the aforementioned hardpoint changes there will be differences between the default equipped items such as coolers, power plants, shield generators, radars, etc. If you drill down to the default equipment options that are currently visible, you will see the Baseline has Civilian C components, while the Velocity has Competition C and the Force comes standard with Industrial C-Grade fittings. At present, these individual items are currently awaiting names from the Lore Team so are displayed as TBD.

Will there be no-fly-zones in space where small vehicles like spacebikes will be necessary? (ex: minefields, dense asteroid and debris fields, derelict space stations)

Absolutely, spacebikes like the X1 are perfect for short distance exploration in space from parent ships like the examples listed. Asteroids and Debris Fields limit larger ships entry and the distance of the fields make personal EVA quite lengthy so the bikes fill the gap in space. Many of you have already experienced in Arena Commander how different (and perilous!) it can be to navigate larger ships through asteroid clutter.

How does the X1 Velocity compare to the NOX Kue or Dragonfly for racing purposes?

It depends on where you decide to race. Out of the three listed the Dragonfly can find itself at significant disadvantage in clear terrain and would rely on the other two to make a error to be competitive against them. In more rugged terrain the Dragonfly can find itself taking “short cuts” over geography that would hamper the performance of its competitors. A contest between the Nox Kue and X1 Velocity could be closer, with the Nox having a possible advantage with its fixed thrusters and the ability to start turning more quickly.

If the X1 Force is an exploration variant – will it be able to drop Nav Beacons like the Cyclone Recon?

This is not currently planned as there is nowhere to store the Nav Beacons on the X1.

Is uh… this apartment in the background going to be for sale sometime, too? Because that is a REALLY nice place. Love that ultra-minimalist furniture scheme.

No announcement on this just yet! We’re pleased you like it, though!

How well will the X1 fare in Pizza Delivery?

Ah Citizen, my old friend. Do you know the Vanduul proverb that tells us pizza is a dish that is best served cold? It is very cold in space.

Can it hold any cargo?

There is no space for any cargo to be carried on any X1 variant and no plans at present to do an X1 cargo variant. We figured someone would ask, but all vehicles engage in a little give-and-take in design order to do the things that they do. The X1 is a sleek little speedster designed with pilot preservation in mind, while the Dragonfly with its limited 1SCU cargo ability has a more utility focus.

Why is the X1 twice as heavy, as the other similarly sized bikes (1000 vs 2000 kg). Does it have larger components, like a bigger powerplant or bigger main thruster?

With the updated ship stats matrix coming soon all ships will be getting revised mass values and it looks like these values started to sneak out a little early! The website was incorrect to list all three variants with the same weight; they do all weigh different amounts. The Velocity is much closer to the Nox’s weight, the base slightly more and then the Force at the upper end of the scale near to the Dragonfly.

Can the base X1 be upgraded through components to any of the other two superior models?

As mentioned above: not completely due to them being actual variants with fundamental structural differences. You could remove the weapon and swap the internal components out to configure a base X1 similarly to a Velocity but it won’t be as light or nimble as the dedicated variant. Additionally, you could swap the Laser Cannon for the Laser Repeater (or other weapon of choice) and upgrade the internal components to Industrial components like the Force variant, but there still wouldn’t be a structural hardpoint for the second shield generator, so you’d end up with a heavier X1 Baseline. Often, variants represent a design tradeoff where we push a given design to perform even better at certain edges of the envelope, and that makes them special – but we expect overall customization to be part of the fun also, and look forward to the type of X1 you can make for yourself.