With the recent addition of Spectrum, we can now allow you to add your vote to the questions you most want to see answered. The questions included below are a combination of those that received the most votes, similar questions that were merged into a single instance, and those we felt we could comfortably answer at this stage in the Pioneer’s development.

In addition to the usual text Q&A, the design team responsible for the Pioneer also held a panel at last week’s CitizenCon 2947 event where they spent an hour discussing the ship and its functionality. You can review that panel in the video embedded below.

Now that the ship is concept complete, it will enter our development pipeline where many of the answers you see below will be fleshed out, and those missing will be determined and implemented. While it will still be some time before we see the Pioneer in game, we hope you’re as excited as we are as the game expands with the further development of Consolidated Outland ships in the Star Citizen universe.

As always, a special thanks to John Crewe, Todd Papy, Kirk Tome, Ben Lesnick and Steven Kam for their help in answering your questions.

How large can an outpost be?

An outpost will have around the same footprint we have currently shown in the game, which is 48x x 48d x 5h (meters). We view this as starting a small location for colonization, very similar to constructing a small research facility in Antarctica.

Can the Pioneer build hangars to store ships in our bases?

Currently we are looking at the player’s building basic landing pads for ships. At this point in time it’s probably way too early to be expecting your outposts to work anything like Port Olisar or a Revel & York or Self-Land facility. While you can land and leave a ship on an outpost landing pad, the broader question of persistent “ship storage” is a nuanced and complex technical affair, as you have already seen from everything that’s already involved in requesting, replacing, spawning, despawning, and landing ships in places like Port Olisar. Doing even any subset of these things at a player outpost location, where available layout, structures, and systems are up to the player instead of a design team, would be very tricky to say the least. Should we come up with a good way to handle it someday, we’ll let you know.

Can we use the Pioneer to build outposts on asteroids?

We are not opposed to the idea. However it will depend on a few different factors that still need to be decided: the size of the asteroid, what we do with the voxel tech and if the surface area of the asteroid is smooth enough to build.

Can placed outposts be moved by the Pioneer?

Yes, however they need to be disassembled and then rebuilt in the new location rather than being picked up and moved whole. The Pioneer can manage this process (though collecting additional resources may be necessary.) 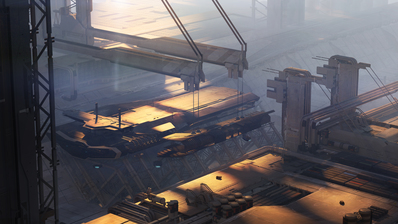 Can the Pioneer build space stations?

No, this ship was built with the purpose of colonizing planets. Terrestrial construction and terrestrial structures have different needs from space stations.

What size is the Pioneer claim license included in the package?

It will depend on the texel density of our resource map, we want to make sure the claim is at least 1×1 pixel on that map. The initial educated guess is somewhere between 4×4km to 8×8km. Pretty large chunk of land that will give players multiple construction sites. The land claim system will be important beyond Pioneer construction. Land claims will prevent other players from building in your territory and will offer different options relevant to gameplay (such as giving you surface rights, for pure construction, versus mineral rights that would include mining.) We know that there are concerns that land claims could theoretically be abused (situations such as buying up the area outside a major city or using outposts to block important areas); rest assured that the claim system is being developed to prevent these situations from being possible. 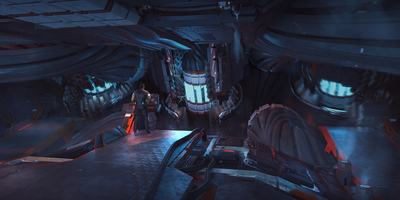 Will we need to move the Pioneer each time we want to put a new module?

When the manufacturing process is complete the ship moves the outpost forward and places it in the specified location. If that location can’t have any other items placed there safely, then the pilot will need to move the Pioneer’s position.

Can the Pioneer build anti-air structures that have weapons such as missiles to defend our bases?

The Pioneer performs fully contained modular outpost construction on-site. It creates modular structures, foundation, things like that. As Silas Koerner points out, this is pretty revolutionary as far as ship capabilities go. The Pioneer isn’t a weapons manufacturing plant, repair shop, or furniture store, however – External improvements like static defenses are among the concepts we are developing for outpost add-ons. Any external add-on structures will be bought at a store rather like ship or personal equipment and then can be placed when you put down the outpost or added on later. 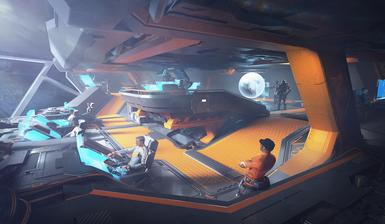 Can Pioneer build structures larger than its internal space?

The most obvious example of this right now is the landing pads. We have yet to decide exactly how we will allow the player to build the landing pads, but it will probably be in sections. If a player wants to build an outpost and use it only for storage, that is their choice but it will not be bigger than the structure’s footprint stated above.

What happens to outposts built with the Pioneer when the player who created them is logged out of the game?

Let’s just say this direct and up front for those of you who worry about these things: Yes, the outpost and their contents are persistent, so they can be attacked and looted. Offline security will have a lot to do with your “neighborhood”, just as you would depend on local authorities to varying degrees to protect your house, apartment, trailer, etc. in real life when you are not home. Among other things, that means that while other actors in the game universe, including local law enforcement, militia, UEE, or whoever else is tasked with general security in that region, will react to attacks on privately-held outposts, it will depend on AI location and travel time to outpost. Sometimes there will be a quick response and other times it will be delayed, so the players are highly encouraged to protect their outpost/investment by placing defenses and hiring personal security. The less hospitable an area in which you set up your outpost, the more responsibility you will have for your own safety. 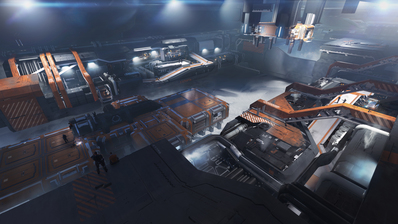 Can the Pioneer use the refined material made by the Orion (or any other ship)?

Yes, as long as what you are building uses that particular resource. Remember that there are different types of ores, metals and other substances used in construction.

Will the Pioneer have any other functionality/career options beside outpost manufacturing?

No, this will be updated to list as Heavy Construction to reflect the actual role of the Pioneer. 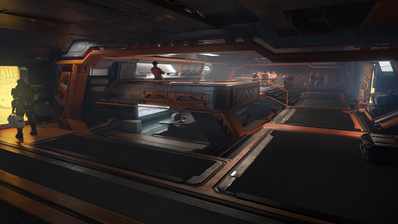 Can the Pioneer make the ‘add ons’ like solar panels, landing pads, generators and the like or do they have to be purchased separately?

These would be purchased already fabricated and added to the outpost. See also our answer regarding static defenses above.

Is it possible for Pioneer to build outposts on rough terrain like slopes or does the ground have to be flat?

The ground will need to be flat enough to land the ship safely, it doesn’t need to be perfectly flat but you will not be able to place an outpost on particularly rough terrain.

Will the Pioneer be able to build tall buildings or stackable modules?

There are no plans for double decker outposts. That said, we’re drawing up enough options for the modular outposts and various add-ons that we think you’ll have a lot of fun with them even without crazy module stacking.

How much time does it take to deploy an outpost?

No specific time estimate right now, but we do view it as a major time investment. You’re setting up a persistent, maintainable installation that can be as big or bigger than most ships. The amount of time will scale with the size of the outpost. 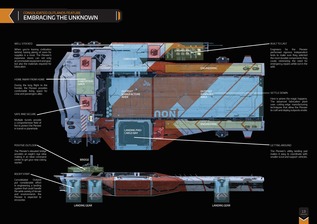 Will we be able to spawn ships at our outpost?

There are no plans for this right now; ships available at an outpost must be brought there first. See also our answer regarding ship storage above.

The Pioneer contains 3 utility slots. Can it serve any other purpose than building planetary bases? If yes, what can it do?

These were listed in error. The Pioneer is not equipped with utility slots, instead being focused solely on the very dedicated task of outpost construction.