Below are answers to the most voted for questions in our Vulcan Q&A thread that we posted on Spectrum. Thank you for taking the time to submit your questions and voting for the ones you care about most.

Also, Special thanks to John Crewe and Todd Papy for their help in answering your questions.

Lastly, for more information about the Aegis Vulcan, make sure to check out the Vulcan Ship Shape and our Vulcan themed episode of Reverse the Verse. 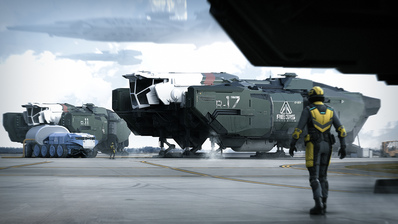 Will the drones stop responding if I fly the Vulcan too far away or dock the Vulcan in a nearby carrier?

The drones will have a maximum control range, as you approach that you’ll be warned in time to make a choice to return or continue at your own risk. If the Vulcan or the drones exceed that range then they will slowly stop responding until they are completely unresponsive. Simply coming back in range is enough to return them to complete control and causes no lasting damage.

Having the Vulcan inside another ship will likely not impact range.

How many (100% empty) small and medium fuel tanks can Vulcan fill?

This is a difficult question to answer accurately because every ship in the game has a bespoke fuel tank, so whilst the stats page may say medium fuel tank, that tank is bespoke to that ship and is within a capacity we define as medium. For example a Cutlass Medium Tank is a different capacity to a Vanguards Medium tank.

Remember that the role of the Vulcan isn’t to completely fill tanks, although it can do that with repeat fills, but to provide enough fuel to get you to a proper refuel point. To put a ballpark estimate, that will naturally adjust during development and testing, we expect that the Vulcan would be able to fully fill 8-10 or so small tanks, 2-3 medium tanks and half a large tank. Filling a tank will require multiple trips with drones however.

Will the drones be able to pick up materials from other places than the “cribs” on board the Vulcan?

The drones do have basic arms/clamps to carry items, but the main purpose is to take them from the “cribs” on board the Vulcan. Theres nothing to stop them taking it from elsewhere provided the drone can actually access those areas. 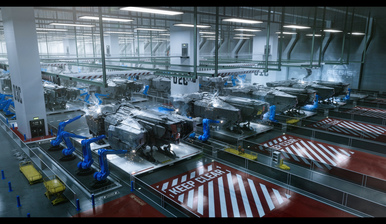 How are these drones different from the stand alone repair bot we get with 3.3?

The repair bot for 3.3 will be a completely different item and most likely much more smaller, it is personal after all! When creating the new roadmap we needed to find images to reflect the nature of each one so we used an existing piece of concept art for drones for this item.

In general terms, what is the largest ship a Vulcan would be able to fully re-fuel?

As mentioned its a hard thing to define, but somewhere around Retaliator/Constellation size is the goal for a full refuel. Again, this is not a ship designed for fully refuelling others but instead to give them a top up to get them on their way. In a real world example a roadside breakdown service would bring a small 5-10L fuel can to top you up, not a 60L tank of fuel.

If I have a spare weapon in my cargo bay can the drones swap my ships weapon loadout?

This is not something we had specifically designed for the ship in mind, but the gameplay systems would most likely not prevent this from happening. 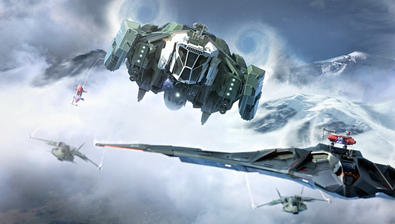 Does the Vulcan draw its own fuel from the external fuel tank?

The external fuel tank, which contains two fuel tanks to separate Hydrogen and Quantum fuel, is purely for transfer to other ships via the drones. The Vulcan has its own separate fuel tanks to draw from.

Does the cargo bay (elevator to living quarters) function as airlock?

The cargo bay itself does not function as an airlock however the elevator up to the living quarters is enclosed and itself functions as a mini airlock separating the potentially open cargo bay and the habitation area.

Can Vulcan drones drain fuel out of a friendly ship to refuel itself and continue refueling others?

We discussed this in the Reverse the Verse piece we did on the Vulcan and again, this is not something we had in mind for the ship but the systems should not prevent this as its essentially part of the salvage gameplay loop.

Can a Vulcan itself refuel and buy fuel from a Starfarer?

Yes, all ships will be fitted with a “Fuel Port” item which enables transfer from one ship to another with the appropriate equipment such as the Starfarers refuelling boom or drones that can refuel. 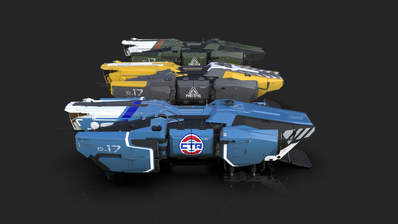 You used an interesting word choice by stating these drones have “tug functions” (brochure). What will they use this function for?

Tug in the context of the brochure was marketing making the word “carry” sound more interesting. The drones can carry items with their tiny claw/clamps and in theory this would enable them to push/pull something around but it would not allow you to have a fleet of drones dragging a ship around like horses and a chariot.

How much space does ammo take up? 12 SCU doesn’t seem like much for rearming.

That depends on what ammo you are bringing! The current volume of the cargo grid is 2×2×3 SCU which is a volume of over 20 cubic meters of space to fill with ammo, ship items or cargo. The cargo room on the Vulcan is also quite spacious and if during development we feel the need for greater capacity then there is room to increase this.

Shouldn’t there be two external tanks, one for Hydrogen and one for Quantum fuel?

Will the drones be able to work in a gravity well or atmosphere?

They will be able to function in earth like gravity and atmosphere perfectly fine.

How will I know what needs to be repaired and where it is on the ship I am repairing and what kind of overlay will there be on the repair target?

We’ll be discussing this more in the lead up to Repair and Salvage gameplay being introduced into the game in a future patch.

Can you give some detail about how drones will be controlled by the operators?

Drones will be controlled from the Support Stations in the cockpit of the Vulcan, players (or NPCS) will sit down at the station and fly the drone from a first person perspective via the screen. They will function and fly to all intents and purposes like any other ship in the game. 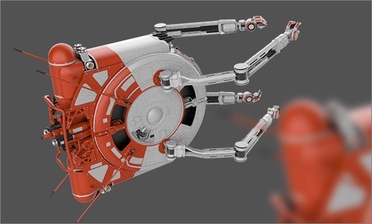 Will we need a good stockpile of ship components to be able to effectively repair all ships?

Another topic we discussed in depth on the RTV was this scenario and in short yes, but only if you want to be able to repair all ships. The Vulcan can be played however you want to play it, be it lurking near a shop to stock up on the exact items needed by customers or filled with generic items allowing a potentially faster response to people in need.

Can you operate the drones via MobiGlas?

This is not something we currently plan to support, at least for the Vulcans drones.

Can we repair, rearm and refuel ground vehicles with the Vulcan?

Absolutely, ground vehicles contain and conform to the same mechanics for items as our ships, just on a smaller scale.