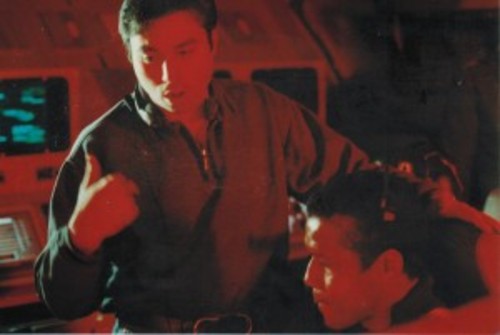 The crowd funding tally may have moved, but we’re still celebrating our stretch goals! We reached another over the weekend with a seemingly-impossible $ 52 million in crowd funding. Thank you for your support in recent days; I know the Constellation sale was a big deal… but the Constellation only matters because backers understand the vision for Star Citizen!

Over the weekend, executive producer Alex Mayberry announced that we’re partnering with AMD to include a starter ship with particular graphics cards. Please check out the Mustang Omega racer variant, with and “AMD” racing skin (or “Accelerated Mass Design,” to better keep the immersion.) Expect to see more on the Mustang and variants in the near future.

But today, the team is hustling to finish Arena Commander v0.9 and we’re really feeding on all the energy that came out of Gamescom! This next release will include a number of new features including friend codes and the new Murray Cup racing mode (aka the New Horizons mode!) As I mentioned at Gamescom, it looks like the significant blocker will be the leaderboards (as well as several other smaller issues, such as making friend codes work correctly.) We’ll update you later in the week on the status!

In the meantime, everyone who pledged before $ 52 million gets a jetpack!

I can’t wait for a Moonraker-style battle to reach and board a space station! Our physics engine should make it a lot of fun… but that’s further in the future. Next up is the $ 54 million stretch goal. For this one, I turned to our Persistent Universe Director, Tony Zurovec. I asked Tony what he’d love to see in Star Citizen that isn’t in the Game Design Documents just yet. And here’s the first of his suggestions:

Like all stretch goals, that’s just an indication of the kind of feature we can add with ongoing funding. Expect to hear more from Tony as we really kick the Persistent Universe portion of the project into high gear! As always, thank you for your support. I’m very excited about sharing Arena Commander v0.9 and beyond with the community; it truly is seeing your feedback that keeps us going. We can’t do this without you!