A Word from Drake Interplanetary

Drake Interplanetary continues to defy expectations. When the original Cutlass design lost out on a government contract, we brought it to the civilian market to great success. When the critics claimed no one would buy the Dragonfly because flying it “looked dangerous”, we broke sale records for open canopy ships.

With every year they attend the Expo, Drake’s line up grows more dynamic and diverse. From hauling cargo with the Caterpillar and info with the Herald, to protecting convoys with the Cutlass and Buccaneer, and speeding above planet surfaces on a Dragonfly, we make sure that you can live the life you want to lead.

To those who say it can’t be done, Drake Interplanetary says “challenge accepted.”

The Cutlass Black is currently flight ready and the Caterpillar and Herald will join it in Star Citizen Alpha 2.6. The Black is also undergoing a major overhaul, which is almost complete. The Red and Blue variants will follow. Work on the Drake Dragonfly (in multiple colors!) has been completed and it will launch alongside planetary exploration in Star Citizen Alpha 3.0. The Drake Buccaneer is undergoing initial modeling and will be one of our next targets for flight ready status.

This introductory collection of ships from Drake Interplanetary, featuring a Dragonfly, Cutlass Black, and Caterpillar, would make for the perfect start for some enterprising entrepreneurs.

Featuring a wide variety of ships from Drake’s stable, this select package offers not only the perfect way to move cargo and info through the ’verse, but great options to protect it as well.

Created as part of the ‘Masters of Flight’ series in conjunction with the flight-sim Arena Commander, the Valiant pays tribute to famed defense pilot Condi Hillard for being the first Human on record to defeat a Vanduul in combat. This Gladius comes equipped with a specialized dogfighting focused loadout and a custom special edition livery honoring her iconic ship.

Condi Hillard never expected to be on the frontlines of an interspecies conflict when she bought an old Aegis Gladius from a scrapyard in 2677. Looking for a vessel she could leverage into a job, Hillard had fixed up and outfitted the old hull herself and found work in the Orion system as a security contractor for Orion Defense Protection. For the next 4 years, she was assigned to a distant outpost and things were relatively quiet for Hillard as she mostly dealt with scrubbers, roundhats, or pilots who had too much to drink. That changed the day Vanduul attacked Armitage.

This being the first time Humanity had ever encountered the Vanduul, no one was sure at that point if the attack on Armitage was going to be an isolated incident or the start of something greater. Most settlements in the system decided to wait and see as the UEE dispatched resources to study the new threat. It was two weeks later when a Vanduul raiding party attacked Hillard’s outpost.

Luckily, Hillard had increased her patrolling so she was ready when the clutch of Scythe appeared on her scans. Utilizing the mobility of her Gladius, Hillard was able to lead her team to destroy the Vanduul ships before they could strike the heart of the outpost. Only 15 lives were lost in the raid, and Hillard and her compatriots became the first pilots to successfully defeat a Vanduul force. It was in large part thanks to her success that the Navy decided to dispatch Squadron 36 to the system where the Gladius unit would eventually develop their highly effective ‘carry and leap’ technique. In recognition of Condi Hillard’s bravery and resourcefulness, a limited edition Gladius with a special tactical loadout has been issued that will proudly bear her name. 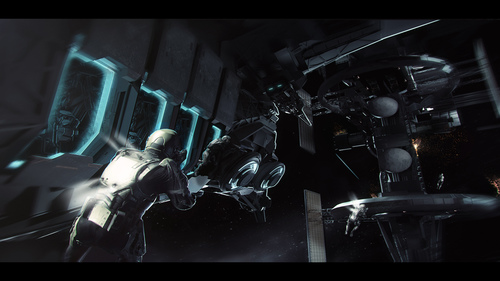 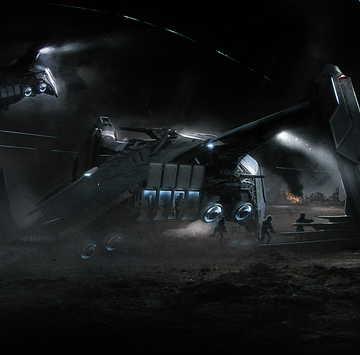 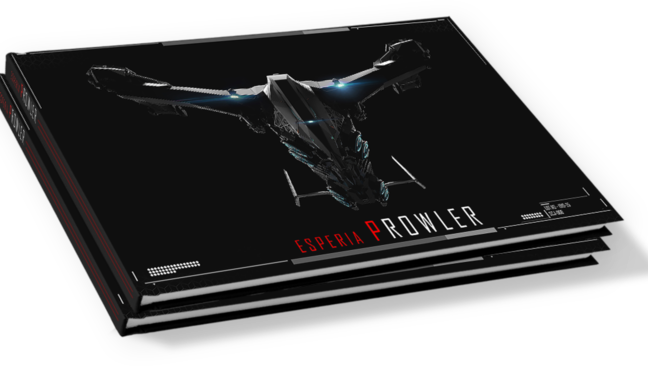 Additionally, please note that the Terrapin will be entering the ship pipeline now, it will ultimately be released after other concept ships have been completed. All decorative ‘flare’ items will also be available to acquire in the finished game world. The goal is to make additional ships available that give players a different experience rather than a particular advantage when the persistent universe launches.