WillsOp is a Croshaw-based limited liability corporation established in 2902 for the express purpose of developing starship targeting system software. WillsOp’s critical feature was a unique, if unappreciated, one: they adhered to a strict ‘made here’ philosophy. Unlike every other sensor company on the market at the time, WillsOp used absolutely no shared source code. The result was a more stable platform, but also a closed one which could not easily integrate outside enhancements.

The corporation’s first project was a multi-million UEC bid to develop sensor rigging for the UEE Navy’s Carrier-Based Strike contract, the spacecraft design proposal which ultimately resulted in the Gladiator bomber. Lacking name recognition and any sort of technological pedigree, WillsOp’s bid failed in favor of the DiSys D-33 MultiSuite (long since replaced on active duty Gladiators). The company’s founders briefly considered disbanding, but ultimately decided that they believed in the product too much to let their first loss define them.

With that defeat, WillsOp settled in for the long haul, competing on the civilian market as a ‘higher end’ third-party upgrade option. For two decades, the company went largely unnoticed. It signed no first-party contracts and was viewed (by that small portion of the public which considers starship sensor manufacturers at all) as a reliable but generally unspectacular option. That all suddenly changed in 2922.

On August 9, 2922, a digital plague began to spread from spacecraft to spacecraft. Broadcast from an unmarked sensor buoy parked in geostationary orbit within sublight broadcasting distance of Terra’s second-largest trade lane, a signal began to move across the system. Within hours, hundreds of ships were carrying an unnoticed software slot-in; within a week, this package had unknowingly spread to a dozen star systems.

And then, DeathGrrrr struck, with a virus designed to infiltrate the shared code found in most sensor systems and timed to strike simultaneously around the galaxy. DeathGrrrr’s trick didn’t disable spacecraft (something which would have been extremely difficult given inherent safety backups unrelated to sensor suites), but it did lock every infected sensor suite to grayscale mode. Traffic ground to a halt until a fix could be reached; billions of UEC in shipping were lost.

DeathGrrrr was never captured or even identified, and it remains unknown whether the attack was intended as a prank or something more sinister; an analysis of the software and the drone turned up nothing. But the method of infection was clear: a small worm script delivered directly to common-core code. And unquestionably, the winner in the situation was WillsOp.

With their unique code, WillsOp’s sensors were unaffected by the attack. Overnight, the company became a household name and sales skyrocketed. Some newscasters went so far as to suggest that the company might even be behind the attack. Whatever the truth, by the end of the fiscal year, WillsOp had captured a 35% market share in the private spacecraft sensor market (up from under 1%.) With the additional revenue, the company diversified, building robust physical radars and scanners in addition to continued development of their proprietary software.

Now a market leader in all aspects of sensor technology, WillsOp is routinely pursued by top level spacecraft designs, and certain top-of-the-line designs ship with their technology as a default install. The military, too, has come courting; WillsOp packages are standard in several advanced UEE starcraft.

Today, WillsOp’s prime seller is the P3 Autocompensator, an aftermarket software installation capable of being configured for almost any current-year civilian spacecraft. In essence, anything from a Drake Herald to a MISC Hull D can be equipped with P3 software. The P3 is one of the best target tracking systems on the market, capable of direct tracking of up to three spacecraft and (with an attached WillsOp device, required) passive tracking of up to 512 ships in a standard interaction sphere. Videogame designer Original Systems has licensed the P3 interface design for their Arena Commander game. It currently comes standard with all trainer ships.

Origin Jumpworks GmbH has also signed an agreement with WillsOp, making them the exclusive supplier of custom-designed targeting systems for the Origin 325a spacecraft variant. The WillsOp-designed system will premiere with the 2944 model of the 325a, and is hotly anticipated by spacecraft enthusiasts. 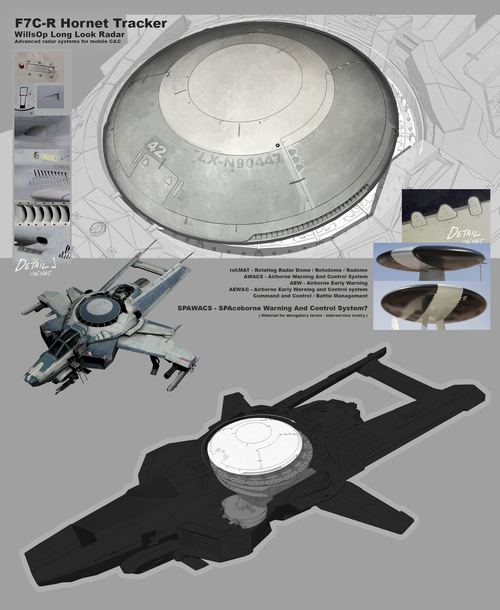 In addition to direct targeting systems, WillsOp is responsible for passive tracking systems that have become an industry-defining standard. Where a targeting suite typically focuses on extracting as much information as possible about one target, tracking systems are necessary for keeping tabs on everything else in a given area. WillsOp’s trackers are capable of making dozens of identifiers (limited only by range) available for instant targeting.

While any WillsOp targeting suite requires proprietary WillsOp tracking software to function, the tracker is actually manufacturer-neutral. WillsOp trackers are produced in OEM models and are made available at cost to spacecraft manufacturers. The company’s objective is simple: introduce users to their ecosystem, then trap them when they opt to choose an aftermarket targeting system.

It was a moment of redemptive glory for WillsOp when, after nearly four decades, they finally secured a valuable long-term UEE military contract. WillsOp has partnered with Anvil Aerospace and the UEE Navy to manufacture both the structure and the software for the LongLook Radar system installed in every F7A-R Hornet Tracker. The dome-like enclosure installs in the Hornet’s upper turret slot, replacing the moveable guns with an incredibly powerful radar.

The LongLook offers the fullest battlefield view possible in a single-seat fighter, with the processing power to track fleet movements and coordinate squadron-level engagements. A civilian model of the LongLook is also available and can be installed in any Hornet model in place of the standard cargo container (with some impact on stats).

The company’s future continues to look bright, although safety mechanisms put in place since the DeathGrrrr attack have allowed other software systems to once again flourish. Observers frequently cite WillsOp’s lack of specialty or boutique sensor options (such as metal-penetrative mining scanners) as a source of lost revenue. For their part, WillsOp seems content to be responsible for standard sensor equipment and to leave anything more specific to the also-rans.

This is the first in a series of videos we’re releasing to educate Citizens of all the relevant information we know so far. This episode focuses on selling t…
Video Rating: 4 / 5