First introduced in 2871, Drake Interplanetary’s Caterpillar has long proven to be a reliable, cost-effective multi-role vessel, capable of being outfitted for everything from mercantile operations to combat support. Long hailed as a hard-fought alternative to the ubiquitous Hull series, the Caterpillar is a freighter that doesn’t skimp on weaponry or customization.

The 2946 Caterpillar takes modular to a new extreme, featuring both a fully customizable set of cargo segments and the line’s signature off-center detachable command module. It’s this versatility that endeared it to smaller hauling outfits Whether you are looking for a defensible transport or a spacecraft that can be upgraded piece-by-piece instead of replaced, the Caterpillar is your best choice. 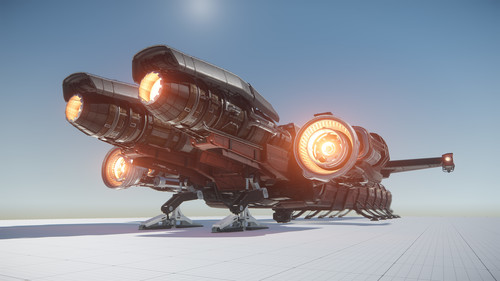 Ever since the infamous Kesslering Heist of 2903, the Caterpillar has attracted another, more dangerous reputation: getaway vehicle. Although Drake Interplanetary representatives have consistently decried the association of the ships with criminal elements, the latest TSAS Crime Stats suggests a different story. In one of their many surveys, culled from statistics pulled from around the UEE, the Caterpillar is near the top of “ships used in the commission of a crime,” taking part in everything from illegal salvage to smuggling to assaults. It has the dubious distinction as the highest ranked cargo ship on the list, beating out Freelancer, Hull or Starfarer transports.

The Caterpillar’s size allows it to easily transport goods stolen in space and its modularity allows it to carry unusual weapons and ultralight support ships, making it an ideal ‘raid leader,’ but it’s most remarkable quality is how unremarkable it is. Thanks to their affordable price range, Caterpillars are an ideal ship for everyone from independent haulers to part of a fleet, meaning that Caterpillars can be found at every Human port in the galaxy. The fact that they’re so common makes it easy for criminals to hide in plain sight.

With the latest PU update, the Drake Caterpillar will join the MISC Starfarer and Aegis’ Starfarer Gemini in Star Citizen’s fleet of large multi-crew ships. Intended to form the lead ship in raiding groups, the Caterpillar is a flagship any outlaw or legitimate businessperson can be proud of.

The Caterpillar will remain on sale for one week following the release of Star Citizen Alpha 2.6. Future patches will add additional functionality, including the detachment feature for the Command Module. New upgrades for the Caterpillar’s segments and other mounts will be available in future patches. 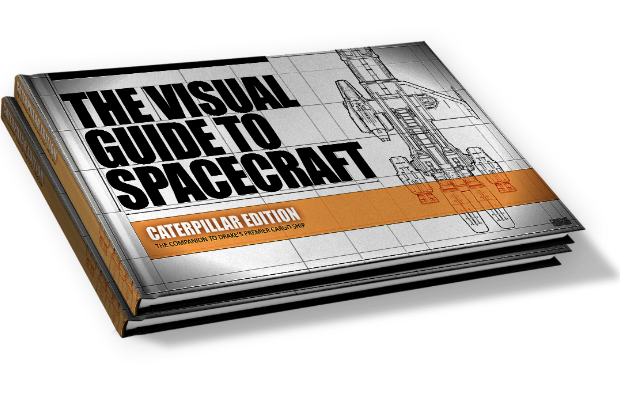 Learn more about the Caterpillar with this booklet.

Remember: we are offering this pledge ship to help fund Star Citizen’s development. The funding generated by sales such as this is what allows us to include deeper, non-combat oriented features in the Star Citizen world. All ships will be available for in-game credits in the final universe, and they are not required to start the game.