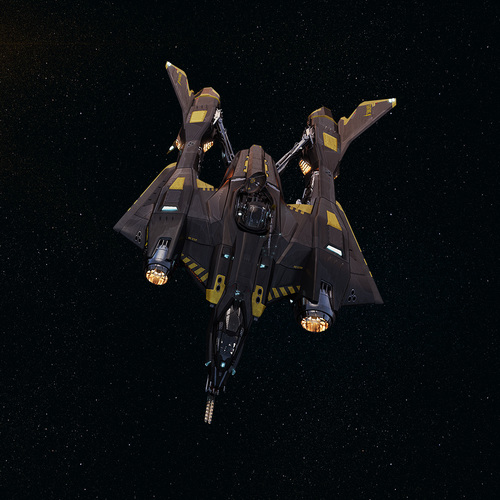 “Thrusters to zero. Running lights down. Active scanners disabled. My Hornet Tracker hung amidst the asteroid field, looking to all the world like a lifeless derelict or another hunk of rock. In front of me, the lumbering Hull D came into view as I followed it with the only sensor I still had online, my Mark One Eyeball. I grinned as I fingered the switch that would bring the fighter back to life the moment my prey was in range. One good hit with a data spike missile and this could all be over…”

When Arena Commander 1.0 launched earlier this year, we introduced the technical design behind signatures; emissions such as infrared, heat, electromagnetic, etc. that can be detected by other players’ scanners. As Arena Commander’s gameplay becomes more complex, this game design will increasingly play a major part. Initially, these signatures were important for general targeting: how you identify other ships, how you lock missiles and the like. Now, as we develop out the electronic warfare for ships like the Hornet Tracker and the Vanguard Sentinel, we are expanding the signature system to enable more diverse gameplay. Please note that this is just part one of our electronic warfare design: a future post will deal with hacking and other aspects of the system! 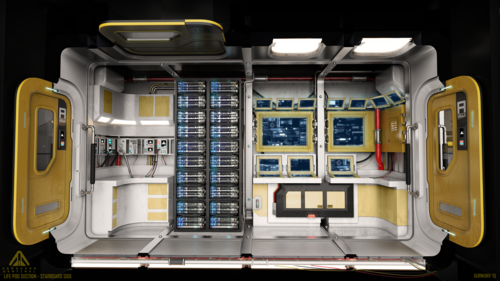 Inside the Vanguard Sentinel

Every ship outputs a signature. Players can alter their ship’s signature by adjusting its mounted components (Propulsion, External Hardpoints, and Internal Hardpoints) and the activities they are engaged in. The player will never be able to reach a zero emission signature while the ship is powered on, but, by carefully adjusting (and choosing) the components, they can reach increasing levels of stealth. In addition, selecting low emission components (each with its own appropriate tradeoff) and tuning them for maximum stealth, will allow players to play the part of the silent hunter rather than a heavily armored bruiser.

Indeed, captains who spend the money pursuing a ship with the lowest possible signature will do so at the cost of installing the best weaponry or systems in other parts of the ship. A shield generator with a low electromagnetic signature, for instance, might trade overall shield strength in hopes that the ship mounting it won’t be spotted in the first place.

The types of signatures that ships emit are:

Infrared Signature – Powered components on a ship generate heat. Most of this heat is collected by the cooling system (depending on efficiency) and ejected from the craft via heat exchangers. This ejected heat, coupled with any uncooled heat from thrusters and other components, can be detected by infrared cameras. Players will be able to use standard heat seeking missiles and other infrared tracking devices to locate and track objects by their heat output.

Electromagnetic Signature – Anything that is consuming power will generate an EM signature, though, in normal circumstances, the primary contributors will be the ship’s energy weapons, shield generator and power plants. Power management will be critical adjusting a ship’s EM signature. For example, captains may choose to lower their signature with less protective shields or be better shielded but highly visible. EM signature is specifically used by certain missile tracking systems and advanced EMF Detectors.

Cross-Section – A ship’s cross-section can be detected by radar sweeps just like radar systems of the 20th century. This means that the larger the ship and the more obtuse the shape, the more readily it will be detected by standard sensors. But for pilots with larger ships, all is not lost as hull materials can be used to minimize visibility. Certain exterior modifications such as specialized armors can absorb and scatter radar signals, though they may result in a loss of overall armor protection or maneuverability.

Unique Ship Signature – Your ship’s unique signature is one of a kind identifier, similar to the Vehicle Information Number on a car. A ship’s transponder broadcast these ‘reg-tags’ to other ships in the area letting them know by default the ship and pilot’s registry information. However, certain unscrupulous players may wish to tamper with their transponder in order to display a false ID for a limited time. Of course, first, they’ll have to find someone with the skills to do this…

The UEE mandates that all ships maintain a minimum signature of each type while in UEE space for public safety purposes. This is similar to the laws that say you have to drive with your headlights on at night so other drivers can see you. Anyone caught purposely masking their signature will invite suspicion from the local law enforcement. Though, if your signature is low enough, spotting you in the first place may not be that easy. 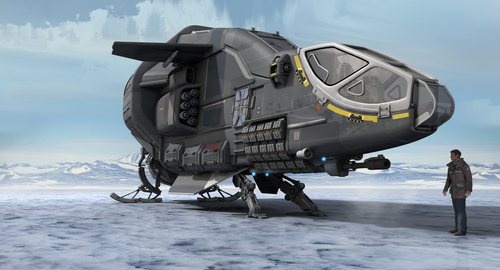 The Drake Herald is an information runner, but includes a dedicated e-war suite

Scanning is the tracking or gathering of information based off of the three main signature outputs: Infrared, Electromagnetic, Cross-section. Every ship has a suite of default systems that give it basic operational functionality. Our radar systems uses IR, EM, or radio waves to determine the range, angle, and velocity of objects. Standard operating mode for radar systems is omnidirectional, though players with the right equipment can change the focus of their unit. Changing the focus increases the transmit power, but reduces the area in which targets can be located. It is worth noting that the surrounding environment will also play a role in the quality of the radar and scan readings. For example, solar radiation from the nearby star could wreak havoc on the player’s results.

Our goal is to introduce variance in performance between radar components and require choices from the player as to what type of information they value above others, as well as reduce the time of a scan and/or the risk of being detected. For example, the player may elect to only scan a single signature type instead of the full spectrum.

Players will be able to scan their surroundings either passively or actively.

Passive – The player is letting information come to them vs actively searching for the information (in essence listening). This emits a much smaller signature.

Active – The player’s ship is actively looking for information around their ship. This emits a much higher signature. 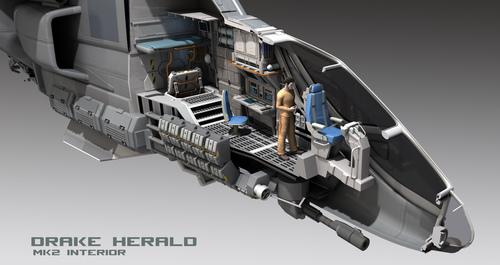 In passive scanning, the range and detection type is based off of the radar component that your ship has installed. Any potentially targetable object within your ship’s radar zone will show up as different contact states (listed below). This feature will emit a signature when on, so it will be up to the player to choose if they want this to be running constantly or just during certain times. Multi-crew ships can assign this as a full-time task to a radar officer; allowing them to balance scanning systems with the ship’s signature output. 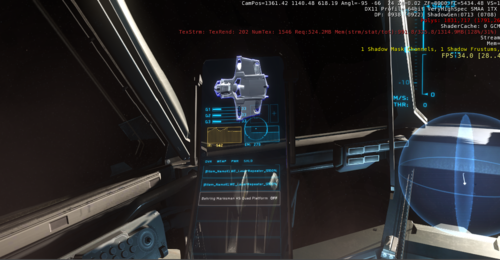 By switching to active scanning, a player can acquire more specific information on a target such as their type of armor, shields, weapons, etc. or even attempt to reveal undetectable targets. This can be done with the focus set to either omni or fixed direction, with fixed direction requiring more skill to use but potentially producing a more detailed result. Active scanning will also increase a ship’s signature since it requires additional power.

In addition to passive and active scanning options, ships dedicated to electronic warfare will have an additional toy chest of offensive abilities available.

Ship-to-ship disruption tactics focuses on creating and exploiting weaknesses in a target’s defenses. The idea here is to give players full control over ‘targeting’ their electronic attacks, whether that’s through specially designed guns or through more esoteric systems such as:

To stay safe from incoming hacking and electronic warfare attacks, pilots will need to outfit their ships and flight-suits with appropriate countermeasures. Electronic defenses require less specialized equipment than their offensive counterparts, and while this does favor defenders to an extent, they can still be met with multiple attacks and overwhelmed.

When we began the process of building Arena Commander, the goal was to create the most fundamental parts that the rest of the game would be based around. That meant spending a lot of time building the physics system, multiplayer connectivity and all the basics that would let the first wave of players start dogfighting. With the foundation nearing completion, we’re now free to start building much more elaborate systems on top of that previous work, including the robust electronic warfare and detection system outlined above. With the Hornet Tracker already seeing combat and the Vanguard and Herald coming in the not-too-distant future, it only makes sense that this be one of the next major systems we implement. In time, you’ll see plenty of other systems come online including components, cross-system travel, hacking and overclocking that will bring Arena Commander closer to the final gameplay experience we intend for Star Citizen.