A Guide to Visiting the Banu Protectorate

Welcome, Citizen, to the official “A Guide to Visiting the Banu Protectorate”, 65th edition. There are new, fun, and informative additions to the Guide, such as tips on negotiation and personal safety.

Enjoy your time in the Protectorate and thank you for making us your choice in planning your voyage. 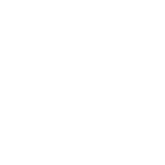 Why visit the Banu?

The Banu are not only the first alien species that Humanity had contact with, but they have been a consistently peaceful and respectful neighbor who have fostered a close relationship with the UEE and her citizens through economic trade and cultural exchange. On top of all that, they are a rich and vibrant people well worth a closer look.

Known best for their industrious nature, Banu pride themselves on their artisanal craftsmanship and astute business acumen. Rather than the traditional family units or corporations typically found among Humans, the Banu instead have a societal structure that combines both into one single unit – the Souli. Often translated as ‘guild,’ the Souli is the foundation for life in the Protectorate, where Banu work and live together. Each Souli specializes in a specific industry and can vary widely; from a ship manufacturing Souli, to a trade Souli, even a Souli that raises Banu young. There is a Souli for everything. This regimented division of labor translates directly into the skilled expertise present on Banu worlds, markets and trade-vessels making for a memorable visit.

Travelling throughout the Banu Protectorate offers a variety of exotic sights and sounds. From the flotillas of Yulin to the hallowed halls of Trise, you can find adventure and mystery around every corner. So where do you even start? We’ve assembled a handy guide of some of the systems to make planning your journey even easier.

Bacchus II​ – Skip between the thousands of archipelagos and islands across this vast
ocean world to experience what many consider the quintessential Banu world.

Geddon I​ – Fancy a little danger? Visit the arcologies among the beautiful desolation of this geologically active volcanic world to see how mining soulis are harvesting planetary resources for trade goods.

Gliese IV – Ever wonder what an uninhabited planet looks like? Traverse the unkempt
wilds of Gliese IV, perfectly habitable to Humans and Banu, but completely unoccupied.

Kins II – For you history buffs, no trip to the Banu Protectorate would be complete
without seeing the ancient structure on Kins II. Completely defying any existing Banu
engineering styles, these sites have long baffled xenoarchaeologists about who (or
what) built them.

What to do when I get there?

Of course, the Banu don’t spend all their time working and trading. With a strong belief that you should always live in the moment and focus on the present, they take their relaxation almost as seriously as they take their work. There are plenty of options to choose from when it comes to diversions and there’s sure to be something to match almost any taste. Maybe you would like to try your hand at one of the bustling gambling halls where goods are exuberantly exchanged in games of chance. If you’re passionate about sports, the Banu have taken a strong liking to the Human game of Sataball with many arenas to be found throughout the Protectorate — just be warned that it’s common for Banu to cheer for both sides in a match!

For many who visit the Banu, the biggest draw will be the markets which many consider to offer some of the best shopping anywhere in the universe. Not only can you peruse the elite craftsmanship of the various Souli, but because the Banu trade with many other species, you can often find exotic goods from almost every corner of known space and some items from even farther than that. Wandering down the crowded stalls of a Banu Flotilla can be a treat for the senses, but to get the full experience you will definitely want to have the fun of purchasing an item of your very own. For those looking for just a small keepsake of their travels, a popular item to purchase is a tholo, a small three-sided token representative of Cassa, the Banu patron of luck.

– These trinkets are sold as decision-making devices, so ask a question, then roll the tholo to get a ‘yes,’ ‘no’ or (what roughly translates to)‘run’ as an answer.

And after all that exploring and shopping, make sure to stop by one of the dining Souli to experience some of the Banu’s hospitality firsthand and partake in one of their large communal meals. While Banu typically eat with their hands, some places that cater to Humans will have silverware available.

When visiting any Banu population center, from the smallest enclaves to the thriving cities, you will notice one thing: they are always built around a central marketplace. Human anthropologists theorize that early Banu societies must have grown around crossroads, placing themselves along the confluences of travellers allowed them to maximize their exposure to goods moving around their planet. The more popular crossroads attracted more and more Banu until permanent settlements began to take shape around them. Interestingly enough, these are just theories and not even Banu ones. The most comprehensive historians of the Banu culture are actually Humans and that only goes back as far as our first interactions with them. The Banu belief that one should always live in the present has created a cultural mentality that disregards facts of the past. To that end, while technical knowledge will be preserved (until they come across a better design), all other facts (historical figures, key events, even their own homeworld) have been lost to the ages. So, while Humans place great value on deeds and noteworthy
actions, to the Banu it is the accumulation of material goods that truly represents a life well spent. No where is this clearer than in their markets.

From stalls packed to the brim with odds and ends to the immaculate showrooms aboard a Merchantman, there are a few things to keep in mind when trading with the Banu:

If you are offered a cup, be polite and take a sip, but make sure to drink responsibility
— sloma can sometimes be quite potent.

Here are a few tips and pointers to keep in mind during your visit:

A Guide to Visiting the Banu Protectorate

“A Guide to Visiting the Banu Protectorate” is prepared by the United Empire of Earth Diplomatic Corps for the use of UEE members, both public and private. Logos & photos used with permission. All Rights Reserved. 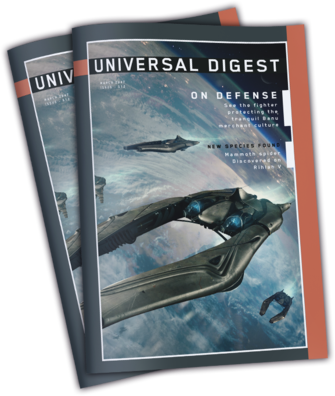 Learn more about the Banu’s unique culture and their premiere fighter in this brochure.

In the Banu Protectorate, tradesmen are known for hauling precious cargo across long distances in their Merchantman ships. While the Merchantman boasts a cavernous cargo area, it lacks the offensive capabilities to ward off large numbers of attackers.

Meet the Banu Defender, a multi-crew fighter whose patchwork design features both Xi’an thrusters, Tevarin shields, and four Singe tachyon cannons. Though cargo space is limited, the Defender features modest accommodations for its crew and provides easy access to components. The Defender gets its name from the role it serves: the first line of defense against enemy attacks.

That’s why the Defender makes the ideal companion to the Merchantman: one to do the heavy hauling and the other to perform the deadly dogfighting. Every Banu merchant knows an investment in defense is an investment in their livelihood.

Now, you can purchase both ships as part of the Banu Pack! This exclusive 2-ship pack is available for a limited time. The Defender and Merchantman can also be bought individually in two models: Standard and War Bond. This special sale ends on May 1, 2017.

The Defender is being offered for the first time as a limited concept sale. This means that the ship design meets our specifications, but it is not yet ready to display in your Hangar, fight in Arena Commander or fly in the Alpha. All revenue collected from Concept Sales goes directly to supporting the development of Star Citizen; to building a game with a scale and depth that’s never been accomplished in games before. Your contributions directly finance the hundreds of developers striving to create the Best Damn Space Sim ever and the team engaging with the Best Damn Community Ever. Concept Sale profits don’t go to shareholders or personal pockets; they go directly into developing a better game. Star Citizen wouldn’t exist without the continued support of our backers.

The sale includes Lifetime Insurance on the ship hull and a pair of decorative items for your Hangar. A future patch will add a Defender poster and then once the in-game model is finished you will also be given an in-game Defender mini ship model! In the future, the ship price will increase and the offer will not include Lifetime Insurance or these extras.

Additionally, please note that the Defender will be entering the ship pipeline now, it will ultimately be released after other concept ships have been completed. All decorative ‘flare’ items will also be available to acquire in the finished game world. The goal is to make additional ships available that give players a different experience rather than a particular advantage when the persistent universe launches.