Posted on September 1, 2014 by Rift Universe 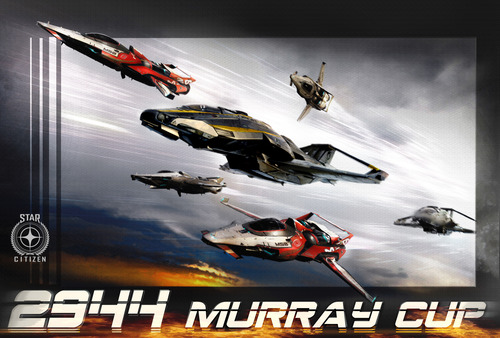 We have been working around the clock to have Arena Commander V0.9 ready for our backers. As of tonight, there are several remaining bugs that we feel would not provide the best possible Arena Commander experience and which would ultimately be detrimental to our process of community testing/feedback. We had hoped to have these ironed out and ready to go today (and in time for PAX Prime and Dragon*Con!) but have made the tough decision not to release until it meets the standards you’ve come to expect.

With version 0.9 we’ve added the Murray Cup Racing map and game mode, the Vanduul Swarm Coop game mode, and the now-flyable M50 and 350R. The patch also includes our first implementation of private matches and the option to select multiple control schemes (more control customization will arrive in another patch shortly after this one.) These features in particular have required that we concurrently add a number of new features to our nascent backend infrastructure to support their introduction. By introducing features we have not rolled out before, we are seeing new bugs with our backend for the first time as well. These issues include problems like being unable to join a private match, frequent issues connecting to servers with the new game modes and map, and some new gameplay crashes.

These are all major issues we want (and expect) to resolve shortly. The most major “blocker” bug, as discussed in the Gamescom presentation, is the introduction of the new Leaderboard system to this build. The leaderboards are going to be for all modes in Arena Commander, including the recently added Vanduul Swarm Co-Op and Murray Cup Racing (racing without placement scores isn’t much fun!) From a technical standpoint, Leaderboards are a big deal. They’re the first time the game will be consistently passing significant amounts of data between the client (what you download and play) and the platform (the web side of things.)

Even if you aren’t looking forward to comparing scores with friends, getting the back end of Star Citizen to talk to the backend of the Star Citizen website is a huge deal. What we’re hooking up today is also going to allow features like the Galactapedia, Interactive Star Map and the Star Citizen mobile app to communicate with the game. Our goal with Star Citizen is to build a universe with a highly connected community at its core and Leaderboards, along with the stat tracking and backend infrastructure that allow for leaderboards, are a significant step in building that experience. Allowing backers to get the first taste of a larger persistence in the ‘Verse is something we feel is very important.

We know that it is disappointing that we’re not quite ready to share our progress with the community, but today’s build is just not yet to a state where it achieves our vision. We will be working around the globe through the holiday weekend to deliver on the promise of V0.9. And for those interested in the process, we will be providing continued updates in the coming week on the status of the release. The entire Star Citizen team will be working as hard as possible to make sure you’re racing ships and taking on the Vanduul together soon!