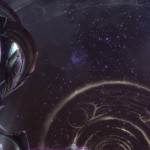 GENERAL
* Shard Unification has taken place this morning. Please click for additional details.
* The Autumn Harvest scratcher game for Rift Mobile has been updated to include new rewards.
* The number of auctions an individual character may have up is now capped at 200. Anyone with more than capped amount after the update will be allowed to finish those auctions normally.

RIFT STORE
* The costume armor in the following bundles are now Bind on Account: Avenger’s, Overseer’s, Pathfinder’s and Virtuous.
* The Autumn Harvest Sky Projector is now available for purchase!
* Due to popular demand, swimsuits have been added to the store permanently. Find them in the main Wardrobe category.

ZONES
* Fixed an issue with some Instant Adventures failing to show the quest objective location.

EASTERN HOLDINGS
* Quests: Dream Hive: Players who need to hand in these quests but have left the dream can now teleport into the dream at the location indicated on the map.

INFINITY GATE
* Breaker X-1:
– Portals to the core should now more reliably appear after the start of the 2nd breakdown phase.

* Warden Thrax:
– Pets will no longer be hit by the beams from Greater Tectonic Transference.

PVP AND WARFRONTS
* Conquest: Dead turrets at extractors should no longer be super hostile.
* Guns for Hire weekly quests should now update in Monster Mash: The Black Garden. (This was actually fixed last week without needing sever downtime.)

ITEMS
* Puppet pets have been restored to their bobble headed glory.
* Omen of Forlorn Fate and other relic totems no longer have AC.