SDCC is infamous. It has the biggest TV shows, movies, and comic publishers. But it’s not just where all the stars go–it’s where all the toy companies will be, too. Collectibles are a big part of being a nerd, whether you’re talking about $ 10 action figures or $ 1000 replicas. Rarity is what makes a collectible really valuable, and everyone wants to get their hands on exclusives from the biggest convention in the country.

So here’s our list of the top five exclusives you need to get your hands on at SDCC! Some of these are bigger catches than others, and some will definitely be more elusive (or more expensive). Still, they’re all worth a look! We’ve kept to one exclusive per booth and one exclusive per title, so be sure to check out the exclusives list on the SDCC website, as well as other social media platforms. 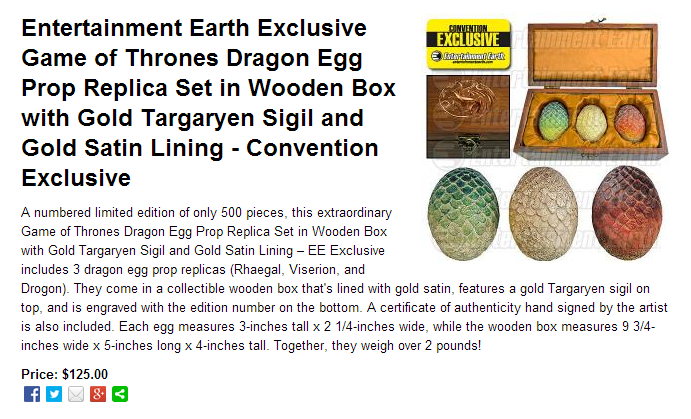 This set of dragon eggs has been shrunk down quite a bit, but it’s still a gorgeous piece. It also has a limited run of 500, which means you need to get there early if you want any hope of getting your hands on potential baby dragons.

I’m going to go ahead and admit my bias here–I love Warframe. I also think that the statue looks completely gorgeous and good quality. There may not be a huge demand for this (yet–Warframe is still in beta), but it’s definitely a great piece for any fan of PC gaming. 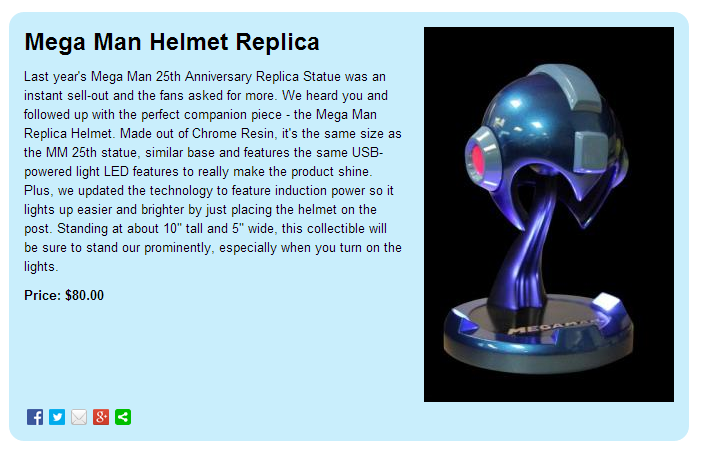 It’s shiny. It lights up. It’s also a great prize for fans of classic games. However, it may be just as hard to get as the dragon eggs–if not even harder. Capcom didn’t announce how many pieces they have, but their 25th Anniversary Mega Man statue disappeared really quickly last year.

“Battle-damaged” items are a big thing for exclusives, since it’s fairly easy to create at a low cost–but this is pretty sweet. It lights up, and it has dialogue from George Takei/Captain Sulu! This may not go fast, but it’s definitely worth adding to your collection.

Did we miss your favorite exclusive? What are you going to be in line–or scouring eBay–to get? Let us know in the comments!

The post Top Five Exclusives to Grab at SDCC appeared first on JunkiesNation.