It has been almost a month since the unveiling of Trion World’s next expansion for RIFT. RIFT 3.0: Nightmare Tide was announced and the buzzing of excitement has been going since then. During the week that Bill Fisher, executive producer on RIFT, made the announcement so began the interviews with various websites. And with Trion having a “Community Day”, which gathered some of the most dedicated players in RIFT and gave them a chance to try the new expansion, I decided to compile all the information available in one short summary.

So what do we know about Nightmare Tide so far? Let’s dig in.

Mentoring System – Mentor Up, Instead of Down 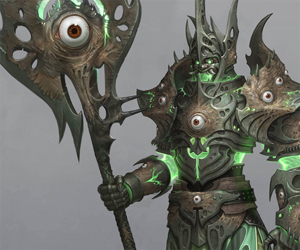 On top of these major changes, we will also be seeing some smaller changes happening. We will eventually see account-wide storage, and a couple of the old dungeons will be making their way back into 3.0. Trion is also working on adjusting the performance of the game.

It seems like Trion has learned from their mistakes in Storm Legion by spreading some locations out too thin which caused players to lose interest in leveling. They have also stated they are going to leave quest hubs in to introduce big story characters as well as let players discover new quests on their journey, but we can expect the leveling experience in general to be more compact this time around.

So when can we expect this expansion to release? While no official date has been stated, they have stated numerous times that it will most likely not be December. My personal guess is with Warlords of Draenor coming out in November, to keep the player base strong in RIFT, we will see the release in October. With all of this information on Nightmare Tide, how are you preparing to take on the evils that lurk ahead? Let us know in the comments below!

The post RIFT: What We Know of the “Nightmare Tide” appeared first on JunkiesNation.