During last Friday’s Trion live stream extravaganza, Captaincursor showed up to answer some questions regarding RIFT 2.5: Song of Dreams and even a few regarding RIFT 3.0, which is our next expansion that will take place in the Plane of Water. Not too many new reveals were discovered during this live stream, but Captaincursor did mention a few things of interest.

In other news, Trion recently registered some new domain names under the name of “Trove”. It definitely seems to be a game’s name from the looks of it, as each are registered under URLs like “PlayTrove.net” and “TroveGame.com”. Could this be related to the title of the expansion? RIFT: Trove of Tides, perhaps? Or possibly it’s for another game the team is working on? There are lots of possibilities here.

Keep reading to take a look at Captaincursor’s hints regarding water combat in 3.0. 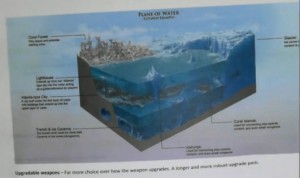