Earlier this week, Rift Junkies got a chance to take part in a special private live stream tour of all the goodies headed our way in RIFT 2.4: Beyond Infinity. First off, let’s get the major news out of the way upfront. Yes, we have a release date for 2.4. It will hit live shards on Wednesday, September 18th. Next week, folks!

Secondly, you probably noticed a note on the official RIFT site about Planebreaker Bastion, one of new 20-man raids coming in 2.4 being unlocked after the launch of the patch. Daglar confirmed this delay on the forums yesterday. We were told during the tour that Planebreaker Bastion will release two weeks after the launch of 2.4. That would push back the raid’s arrival until Wednesday October 2nd, although that date is completely subject to change, of course.

The Infinity Gate is the first 20-man raid and will be available on September 18th. It showcases the opening of the Infinity Gate– a gigantic airborne portal that is capable of reaching deep into the elemental planes. The raid features three encounters: Breaker X1, Swarm Lord Twins Mordan and Viktus, and our buddy Volan, who is bigger and badder than ever. The first two encounters which can be done in either order are intended for raid groups that have cleared the first couple of encounters in Grim Awakening and who have met the requirements for T2 raids.

Volan is intended to be an end-tier boss for the current tier and will drop items that are relic quality. The Trion dungeon team tossed out a guess saying that they hope raiders will take around a month to down Volan, but they are also quite aware that RIFT‘s raiders are pretty badass and it might be safer to not bet on that estimate.

Take a look at our Infinity Gate preview featuring more information regarding each encounter here.

Planebreaker Bastion is the second 20-man raid coming with 2.4, although as we mentioned above, players won’t be able to explore the raid for around two weeks (possibly less, depending on what Trion thinks is best). The delay is due to additional testing needed. There are five encounters in Planebreaker Bastion– The Eggtenders, Proteus, Planebreaker Abominus, Warden Thrax, and Inyr’Kta.

This raid is intended to be the more difficult of the two and will feature plenty of Architect enemies and denizens of the Plane of Earth. The last two fights, in particular, are intended to be the most difficult. The final boss fight looks pretty interesting, and involves the very large construct pictured in the title image.

We managed to grab a few screenshots of Planebreaker Bastion and of the final fight (which was still being graphically tuned at the time of the stream), although some aren’t the best of quality due to being live stream captures. Check out our gallery below: 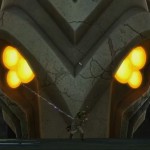 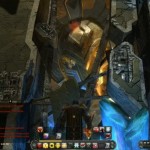 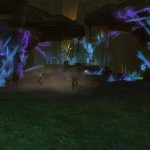 When asked regarding the missing Conqueror achievements in both the Planebreaker Bastion and The Infinity Gate achievement sections for each raid, the dungeon team replied that they were still finalizing the rewards for those achievements. From the sounds of it, there will at least be new titles offered when the achievements are added. It’s also possible that titles will be the only reward for Conqueror this time around.

Realm of Twisted Dreams is the new, revamped level 60 version of Realm of the Fae being added in 2.4. It’s a sliver, or alternative universe of the dungeon, in which Atrophinius is forced to deal with some of his darkest fears and a few demons along the way. The dungeon ends with a demonic form of Twyl. The rewards for completing Realm of Twisted Dreams will be ramped up for level 60 players, of course. The dungeon will be placed in the rotation along with our other Expert 5-mans.

Trion enjoys making new chronicles. This one takes place in Infernal Dawn, and retells an alternate tale where Laethys herself rises from the ashes and must be destroyed either solo or with a friend. Due to player feedback, we may also be seeing a Hard Mode button during some of the encounters in this chronicle and possibly even future chronicles. This will give both new level 60 players and geared raiders a chance to experience the intended difficulty of chronicles.

Check out Seatin’s detailed writeup of Infernal Dawn: Laethys for more information, a guide for beating the fights, and more pretty screenshots.

The dungeon team definitely plans on making more chronicles, ones both based around old world content and new world content. Chronicles, they feel, add in some unique possibilities for players new to RIFT to experience a taste of content that is no longer current endgame. It’s also a good way to revisit many of the gorgeous dungeon environments that the team has brought to life.

Throughout these instances, lore is brought to the forefront more so than in many instances released in the past. A great portion of the lore is told through yells and voice overs during the encounters. This lets players quickly get to the action, but still enjoy a bit of lore-filled jabber alongside their Architect-filled fights.

Besides the raids, 5-man dungeon, and the new chronicle, RIFT 2.4: Beyond Infinity has a lot of goodies headed our way. PvPers will be receiving new ranks to climb for and new gear sets (and a random Conquest queue!). We’ll be getting new hair color, hair style, and skin color options at the local Stylists that are accessed via account-wide RIFT Store unlocks. There is plenty of new gear including new synergy crystals, new seals, and new gear upgrade options. There’s also new Trophy items being added to the RIFT Store as well as a hint of a new Squirrel mount.

Trion also announced a new 2.4 launch event called The Devouring Storm that’s being tested on the PTS later today at 2 PM PST. This new event will last one week after next Wednesday and will bring back City Siege Instant Adventures with a little Architect flavor. We’ll also be getting Architect rifts, invasions, and zone events in the old world as well.

Enjoy the last week before the launch of 2.4, folks, and after that, it’s to infinity… and beyond (sorry– couldn’t help myself)!