First a book, then a graphic novel, Guillermo del Toro’s The Strain has made its way on to cable TV. And it was delightful–if, to you, “delightful” means parasitic worms, disease outbreaks, and things that go bump in the night.

The suspense starts right away–an airline stewardess is called to the back of the plane by her panicked colleague. She makes her way to the back, taking time to introduce some characters that will be important later on, and then all hell breaks loose. Still, the plane lands–in total silence.

This is the mystery that drives the first episode–though, at the end, it’s definitely beginning to make its way into the paranormal suspense genre. This shift is largely due to a lot of exposition in the first episode. From the minute that Dr. Ephraim Goodweather, our protragonist, enters the scene, every other exchange is almost too close to awkward exposition. He even has to–not casually–mention that he and his CDC co-worker had an affair. Really? Did we need to know that right now (the answer is no. We don’t. Let it come up naturally, Eph.) 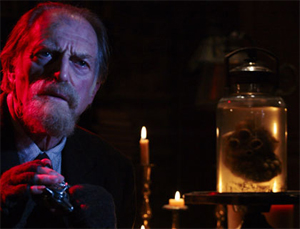 The saving grace of the show is the action. The characters seem like they’ll be entertaining, with some stand-outs (David Bradley as Holocaust survivor Abraham Setrakian is phenomenal) and some duds (Ephraim’s ex-wife and child just seem like wet blankets and plot contrivances). By balancing the exposition and the characters with action (and a little bit of carnage), del Toro and FX present a show that’s just a great ride.

Sunday’s premiere has brought us (seemingly) right to the precipice of everything going very, very wrong. We have two types of walking dead–one classy, one brutal. There’s also the very gross worms that got everyone aflutter about The Strain’s promotional material. We also can’t forget the CGI monster with anger issues.  At the end of the episode, each of these is standing as a threat toward New York and–presumably–the rest of the world. Now, we get to sit here and watch it all go down.

Oh, and I’ll never think of “Sweet Caroline” in the same way, again. 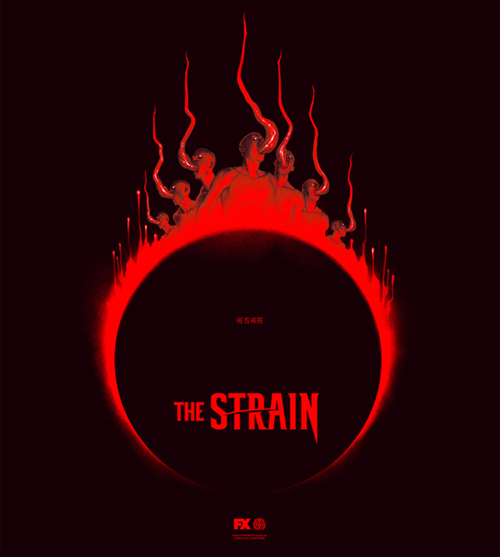 The post Review: The Strain appeared first on JunkiesNation.