I have to admit I’m pretty surprised, and that feels rare sometimes when you’ve been playing games as long as I have. Nintendo is usually the company that catches me off guard, but in a sense, this time it’s someone different: Koei Tecmo and their Hyrule Warriors.

I’m a big Zelda fan but admittedly haven’t played all the games (was too busy to finish Wind Waker and Twilight Princess, and missed out on all the Game Boy games after Link’s Awakening). I’ve never played a Dynasty Warrior game either, truthfully, but if they’re like this game, I might be willing to give it a shot.

I have, however, played HW before at E3, and it wasn’t bad. The combat seemed simple enough, and it was, probably because I wasn’t playing a character upgraded more than a few times, and only in Legend Mode (think story mode). Legend Mode is easy enough, even in hard mode, which doesn’t feel too much more difficult than easy, but provides a 1.5x rupee bonus at the end for clearing stages. As the game goes on, you get more combos and more weapons, each a little different from the last. 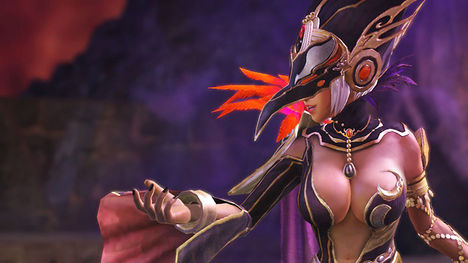 Koei Tecmo creates their own characters for this Zelda game, and while they’re the usual tropes we’re used to (spurred lover, cute blue-haired girl that’s always positive, clueless cutie), there’s very few moments they get on my nerves. I actually like the villian Cia despite the fact that she’s oozing sex. She’s a cliche, don’t get me wrong, but she seems more human to me than a lot of other one-dimensional Zelda characters we’ve met in the past. Her motivation is cliched, but the story that plays out has a few twists that made the execution at least better than Anakin’s fall in the Star Wars prequels.

Truthfully, several Zelda characters actually feel more fleshed out, oddly enough. Link isn’t perfect, Zelda seems genuinely strong willed, and I’ve never really felt Ganon was as bad as I feel he is in this game. I think Nintendo really let Koei Tecmo get away with some liberties, and I applaud both companies for this. I’m genuinely happy with the product: the story is safe enough that I’d play this game with younger family members, but mature enough that it gets me thinking a little. The story mode alone is worth the price in my opinion.

Speaking of playing with other people, the game is actually refreshingly open to multiplayer. The story mode, free-play, Adventure, and new Challenge Mode DLC you can get on launch day (which I had access to) all allow a second player. The game does slow down a little with all the extra action, but it’s barely noticeable and seems more like you have a power-up to see things in slow motion than the usual system lag. Really, someone deserves a promotion for dodging that bullet! However, if either player dies in a co-op match, you both fail the mission and have to restart from the last save point. What’s nice is that a player can save the game whenever they wish and restart later, but I don’t think that counts as the save point you’ll restart from should you fail a mission. 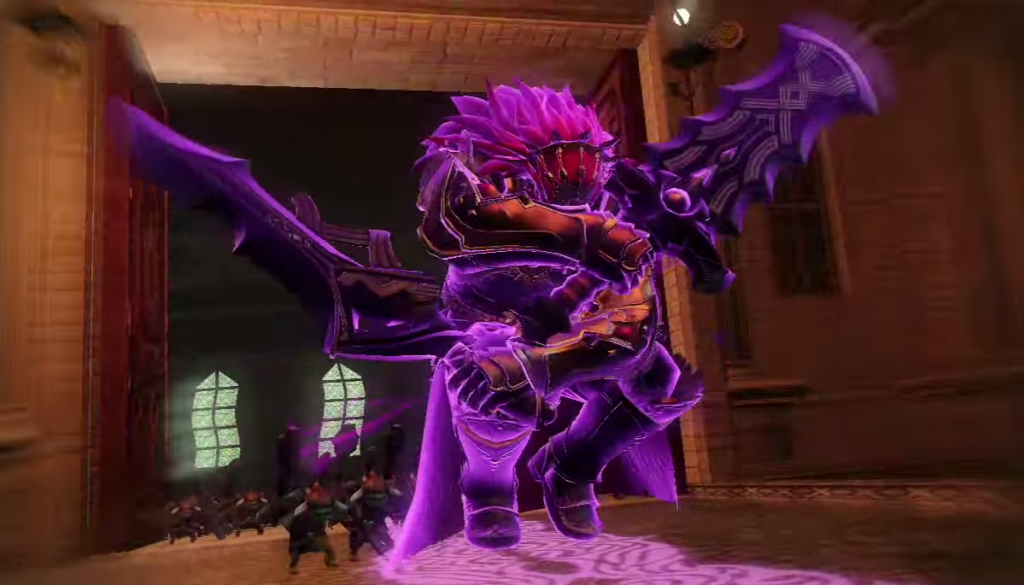 Failing missions isn’t too punishing, but with all the action on screen, things can get confusing. You’ll often miss dialogue, and lines that may not seem important can actually be serious cries for help. You’ll need to pay attention to both screens and/or pause every once in awhile to check on the status of the field. Part of me wishes there was a quest UI on the screen, but at the same time, I’m glad there isn’t anything bigger than what’s given so the screen remains uncluttered. It’s a tough call, but I’m happy enough with the current one. Just the same, I wonder if dialogue would work better with voice acting, but having it in a Zelda game would be another gamble. For now, this game did enough of that and it’s paid off. Perhaps in a sequel they can try it out.

However, one issue I have is that the Zelda controls (you choose between that or Dynasty Warrior controls) have closing hints and basic attacks assigned to the same key, so you accidentally scroll past information you probably wanted to know. Thankfully, all the tutorial tips can be accessed later at any time during the game, so it’s forgivable.

Aside from the story and use of Zelda characters, Hyrule Warriors kind of feels like Monster Hunter meets an MMO. Kill lots of little monsters to help scare up a big monster, grab parts, make new items (which act almost like a talent system, except you can max everything out eventually). It sounds awful, and maybe it is, but with the combos, several different characters, different weapons, and the Zelda inspired music, items, and characters, it creates a very heroic feeling for me, even when I’m farming for parts. I’d love an online mode that allowed for more people if the system could handle it, but maybe Nintendo and Koei-Tecmo could consider an enhanced port for PC gamers? (Let me dream!)

Again, the game isn’t too hard, especially in Legend Mode. Power ups don’t fade, even on hard mode. I’m not sure what makes hard mode more hard, but it’s still very manageable for me, and I still don’t have the combos memorized very well. Even on a later level, once I’ve gotten an idea of when things are calm by watching my allies and bases’ health, I can run around and do side objectives, even breaking from combat to get the gold skulltulas that appear (they’re not that hidden, but I also recommend people taking Lana’s path when given three options; it’ll make it so you can get a skulltula the first time you do a different path).

However, Challenge Mode is… challenging. It seems like it’s geared towards being geared, so you may want to play it last. The game gives you very specific tasks that don’t come up at all during the story mode. It just didn’t seem feasible for me to beat the challenges even when I had a tactic down. Certain upgrades certainly will make it possible, but without them, my characters levels really show how important leveling is in this game. 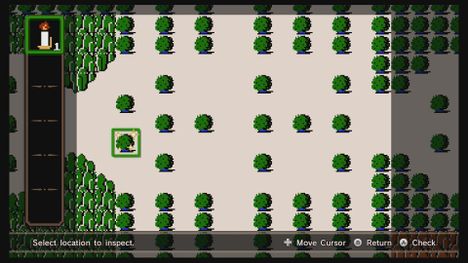 Don’t let that scare you off though! In between the two modes is “Adventure Mode,” which is still more challenging than the main game and provides other unlockable characters and weapons not normally found in the story mode (but available once unlocked in Adventure), but not as hard as Challenge Mode. In this mode, rather than a fairly linear path, you go through panels that look like the very first Zelda game executing challenges and getting grades on them. However, the over world also can be “searched” and interacted with a bit via “item cards,” letting you do normal Zelda things like lifting rocks or bombing weak walls. It honestly has added replay value to me, and I’ve been having trouble sticking with games lately, especially this month!

Although I don’t like the way the game is handing out skins through pre-orders, I do like that it’s getting some DLC. Maybe it we’re lucky, we’ll have a way of getting the other skins too.

Overall, Hyrule Warriors is a great game. I know it’s coming out not long before the 3DS Smash Bros, but I can tell you that even after this review, I’ll still be playing it. Maybe I’ll even make you guys a map guide for Adventure Mode!

The post Not the Zelda You Know: Hyrule Warriors Hands-On appeared first on JunkiesNation.