During last Friday’s Trion live stream, Gingers detailed some of the new UI adjustments and additions that will be added to RIFT in 2.7 and beyond. Sure, user interface stuff is kind of minor in the grand scheme of things, but in actuality, it can be really important to our ease of access and overall enjoyment of the game. That’s the whole reason most of us love addons, right? MMORPGs are all about customization, even down to the nuts and bolts of the buttons and frames we work with every time we’re online.

Keep reading to take a look at a list of some of the UI changes, additions, and future plans Gingers talked about (for more info you can also check out this forum thread that Gingers has been replying to with regular updates): 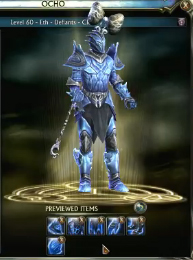