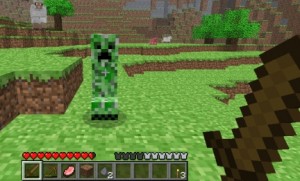 Although the rumor has been swirling around on the internet for the last week or two, Microsoft confirmed on Monday that they would be purchasing Mojang. The Swedish developer is best known for creating the immensely popular world-building game Minecraft. After its purchase, Mojang will become part of Microsoft Studios, creator of the Halo series.

Microsoft has offered some new directions for the Minecraft series that focus on cloud data and mobile gaming. They hope that these approaches will improve player communications, development tools, and allow for greater world-building. Minecraft creator, Markus “Notch” Persson, has stated that he will have no part of the IP after Microsoft’s acquisition.