Big news hit The Avengers this week–the superhero group, not the movie–as Marvel announced big changing coming to two of the team’s founding members. It was announced on The View that the…name…of Thor will be passed yet-unknown female character, as our traditional hero has (once again) become unworthy. On The Cobert Report, we learned that Sam Wilson (Falcon) will take up the name Captain America, after Steve Rogers loses his powers.

While a lot of outlets are making a big deal about these changes, it’s not likely that they will last long. Both Thor and Steve Rogers have passed on their helms before (literally and figuratively). Thor had been a space horse alien–as many outlets have been excited to point out–and Bucky Barnes has previously succeeded Rogers as Captain America.

Still, these story lines are bound to be interesting–and to be heavily covered in the media. 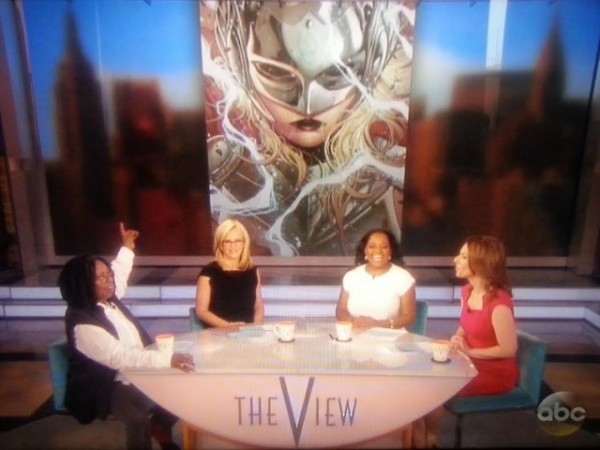 The post Marvel Shakes Up The Avengers appeared first on JunkiesNation.