This past Friday afternoon, Trion hosted a playtest of the new Steppes of Infinity Conquest map on the Public Test Shard. Much fun and bug discovery was to be had as even Daglar and Vladd showed up to enjoy a bit of action. During the playtest, the team also previewed a couple of cool new goodies that will be added to RIFT in the future. Kiwi showed off a few screenshots over at Rift Dream Dimensions, and they’re far too awesome to not share. Here’s a brief preview!

First off, Daglar showed off this new budgie mount skin– the Umbral Budgie: 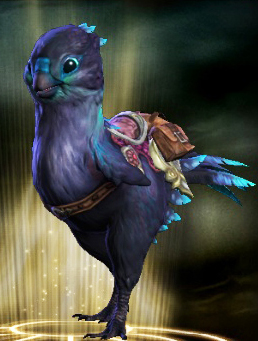 And look, another mech mount! 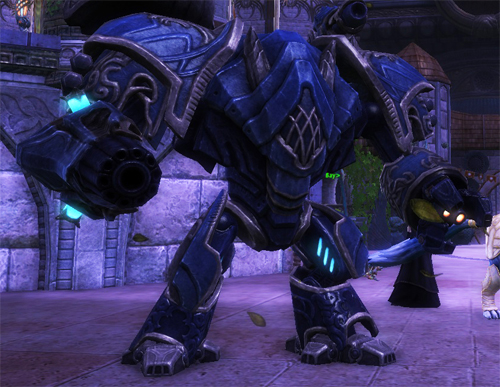 Hopefully we’ll be hearing more details about how these can be obtained soon. Kiwi also shared a couple more interesting goodies that were previewed during the PTS playtest including a new planar focus/source engine. Check out the full article for more info.

In other news, the latest PTS update brought some new art assets to our attention. There’s a pretty awesome preview on RiftGrate showing off artwork for what looks like a new mallard pet, a pink budgie mount, and a brief glimpse at some of the icon artwork for the new souls coming in 3.0.