At a time like this, when Final Fantasy XIV: A Realm Reborn starts getting dull, especially for people like me who are unable to devote time on a static group for raids and Ramuh EX, a Letter from the Producer is like rain in the desert, bringing us something to look forward to before we decide to unsubscribe. Only that… the rain wasn’t quite enough to rouse that adventurous soul that is fading away since patch 2.3 was launched.

First things first– we found out that 2.38 is coming out in a month. However, judging from what happened in 2.35, one wouldn’t expect much. Personal housing is definitely the star feature in 2.38, but what does Square Enix think we play FFXIV for? Sims 4 is out with more furniture readily available and things to do, plus you can build your own house in your own style.

The next chapter of the Relic Weapon saga will also be introduced. If you manage to get your Novus or are nearly getting there, then this is good news. Some more grinding is to be expected. If you had chosen the Soldiery weapon, then well… Coil T9 is coming to Duty Finder in 2.4.

Patch 2.4 is more promising with the coming of the Ninja class and and Shiva. Many of those who have already unsubscribed will be back for this. If there is one thing more enjoyable than raids in this game, to me at least, it’s getting to level a new class. And Patch 2.4 is bringing both a new class and a raid.

More achievements and possible rewards are on their way for people who are loved by others (a.k.a. those with lots of Commendation). They will be out in 2.38 or 2.4, so if you are one of those people who loves to collect achievement rewards, you can start hopping back on the Loving Wagon now.

The LIVE Letter also revealed bits and pieces of the new expansion. A new race is coming (betcha it’s Lady Yugiri’s race). Although it’s a little disappointing that there seems to be only one new race coming out, I’m still excited. Question is, would the new race be worth my Potion of Fantasia and to replace my sexy Highlander body? (Probably not, Yugiri has the body of a normal Midlander).

The level cap will be raised in the new expansion. A whole new raid will be introduced, and you don’t need to complete The Binding Coil series to undertake this new one. More information about the new expansion will be released around October 17th so stay tuned.

Although it is unknown as of when Square Enix will introduce Gold Saucer, it is confirmed that there will be a Gold Saucer. Chocobo Racing and Triple Triad will certainly be there as well. Yoshi-P also said they have plans for other mini games. Let’s hope they will be more exciting than the long forgotten Toy Box mini game at the inn.

On the darker side, there will be no Ultima Weapon (Extreme) in the near future, which is kind of disappointing. Ultima Weapon (Hard) was one of my most favourite fights in the whole endgame business.

Also, more bad news for casual players who love serious fights like me– Square Enix is not going to lift the one-run-per-week restriction on raids. Not now, maybe not ever. According to Yoshi-P, they’re concerned about item level inflation. But seriously, after introducing The Hunt and Syrcus Tower in patch 2.3 which gave people the opportunity to get ilvl 110 items with just a little grinding, they’re worrying about ilvl inflation? That is funny, Yoshi-P.

Last but not least, Fan Festival is coming and I’m nowhere near any locations to attend one. There will be FATEs popping on the ground, a party of people Behemoth mounts… FOR REAL! Imagine me cosplaying my sexy Paladin… riding Behemoth like a boss… Although I might get some retribution from “a certain someone” for exposing too much skin in public afterwards, the Behemoth ride alone is worth it. But I’m not able to go *sighs*. 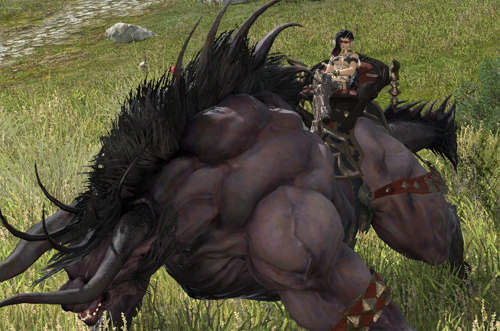 The post FFXIV: Honest Thoughts on Letter from the Producer LIVE Part 17 appeared first on JunkiesNation.