The RIFT art team is getting a little ahead of themselves this week! There are a few new places to check out on live shards that are part of the content most likely coming in 2.5. These places are in Ember Isle– and they’re underwater! Many of the early building blocks for these locations have actually been in-game since Ember Isle was added to RIFT (you can even hunt for EI artifacts while in the area), but now these areas have expanded, have more artwork, and have names. There are no enemies yet or much in the way of NPCs, fish, creatures, etc. Still, the areas serve as a pretty cool preview of what’s to come. 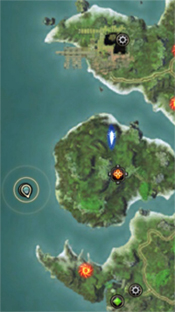 When the developers first talked about 3.0 during Trion’s live stream back in June and revealed the fact that 3.0 will be all about the Plane of Water and will take us on a watery (and icy!) tour, they mentioned that we might be seeing a few previews of underwater areas that include combat, etc., before 3.0. This would let the team experiment with underwater combat mechanics and make sure players find it enjoyable. It seems that time is upon us soon!

Captaincursor popped briefly on the forums to confirm that the new areas are a preview of what’s to come. He also said that these additions will be an experiment of sorts, and that Trion will talk more about what they have in store for us exactly at a later date.

To get to the underwater areas, you can either access them on the live shards or via the PTS. There is a new porticulum point on Breaker Point, which is a small island off the west coast of the larger island in between the Talos Landing peninsula and the Fort Zarnost peninsula on Ember Isle. To reach Breaking Point, port to either Talos Landing or Fort Zarnost, head to the west coast of the island in between, and you should see Breaker Point. It’s at around [12066, 3605]. You can also see where it is on the map to the right.

There isn’t much on Breaker Point for the moment, but presumably it will eventually be the starting NPC and quest hub for the underwater areas. On the west edge of Breaker Point you’ll see some stairs that go down into the water. This is where you’ll want to take a dive to check out the new areas. 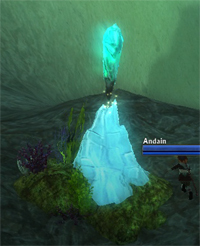 Dive down and head toward a light blue crystal-like object you should see as you make your way downward. As you approach, you’ll notice that’s it’s called an Atragarian Gift, and you can interact with it. Doing so will active an underwater breathing buff that lasts for 2 hours. The buff also increases swim speed, which makes getting around a whole lot easier. There are plenty of Atragarian Gifts all along the entire area.

Diving down farther will bring you to Ruins of Gakulos, which is the first area of interest. Overall, these areas are definitely unfinished, but the main structures are in place as well as most of the plant life. Ruins like those found on the main portion of Ember Isle are the structural themes running through all of the areas.

Heading southwest from Ruins of Gakulos and following the ruinous paths will lead you to Dream Furnace, which is around [12231, 3758] on the map. This area’s pretty cool, and is an underwater volcanic fracture with running lava and everything. If you swim down into the lava, you can even take environmental damage from it.

North from Ruins of Gakulos you’ll run into the Temple of the Moon around [11601, 3067]. These ruins are more expansive. You can see a preview of this area in the title image above.

Browse the gallery below for more screenshots of the underwater areas and of the island (click on any image to bring up the full-size version): 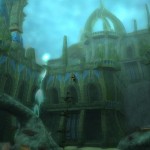 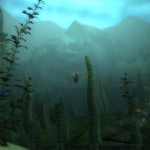 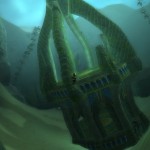 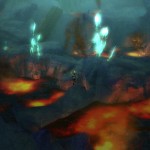 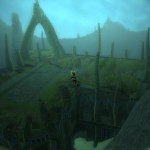 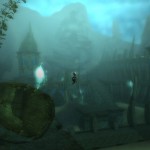 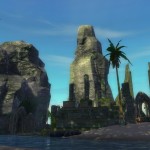 It looks like Ember Isle is back in business!