Greetings, Junkies, Vitality here. In this article we’re taking a look at the Firran starting zone, focusing on rushing through to level 10 and obtaining our small farm with enough gold to plant stuff all in under an hour and a half.

Let’s jump in with the setup:

Plateau Foxes are located very closely to the initial zone in. These were chosen for their ease of area of effect setup and relatively quick spawn rates. Be careful with pulling more than 3 of these foxes at level one as they are level two and you’ll likely die.

As a Battlerage you will have a huge advantage here, being able to administer a frontal cone AE on the third swing of your Triple Slash. The cone finisher takes a bit of getting used to positioning-wise as its damage is allocated locally in relation to your target.

Kill a certain amount in a particular area and they’ll repopulate quicker, so we focus our efforts on one particular spot of eight Foxes in sets of four to set up a cyclical pulling structure.

Do back to back pulls until your mana runs low then loot all the coin purses. Typically, non-XP gaining functions like looting or UI adjustments etc. should be done during this low-mana downtime period. This includes opening coin purses too as you’ll need at least 85 silver by the time you’re done. 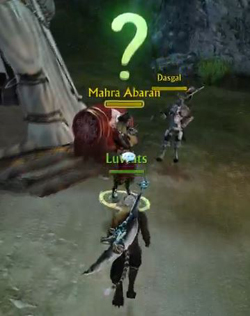 Story quests are most easily recognizable by their green exclamation points as opposed to the yellow ones scattered everywhere. The importance here is that they reward you with Gilda Stars. You’re going to need as many Gilda Stars as you can get your hands on come day one. They’re the base currency for purchasing property and other similar amenities (among many other uses). 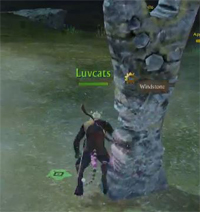 Pro Tip: Blaze it down the road but don’t skip the movement speed boosting Windstones! Activating dash will cancel the speed buff. Keep that in mind.

Since you simply need to pick up the green quests and talk to the next person down the road, I won’t bother going into too much detail.

Make your way to the weaponsmith in town, which is fairly close to the next story quest turn-in. Pick up a level 8 two-handed weapon with the money you earned from the coin purses. This will cut the TTK of the Elementals in half.

Once you get far enough down the road you’ll see a bounty board with a yellow axe symbol over it. Pick this quest up. You’ll notice it’s for Plateau Elementals, our next grinding target. 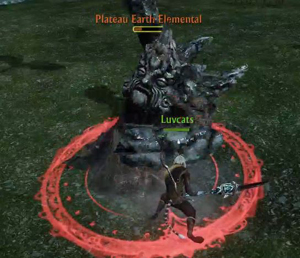 Now, make your way east of the quest board to the field of four Elementals. Take note though, these guys aren’t as easy as the Foxes. You’ll have to take your time here getting into a rotation and you won’t really be able to AoE farm these. Typically these will go down in two auto attacks and two Triple Slashes. I use charge here to increase clear speed as these are fairly weak.

Kill Elementals all the way to level 10. 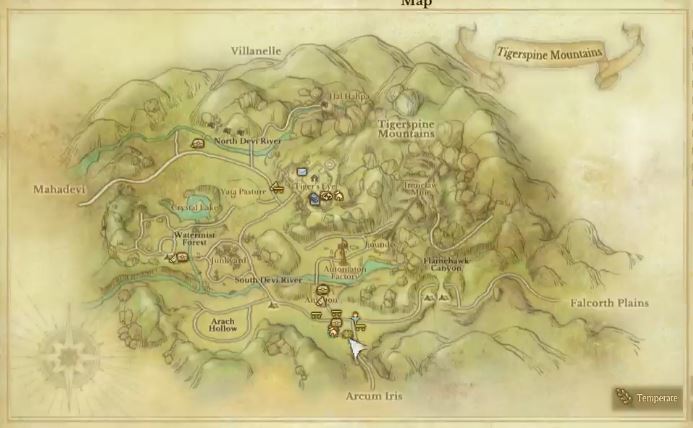 Bust your butt west to Tigerspine Mountains: Anvilton. Hit the book in town and bind yourself there. The run should take about 6-8 minutes. At the fork in the road near Anvilton you’ll see a public farm. 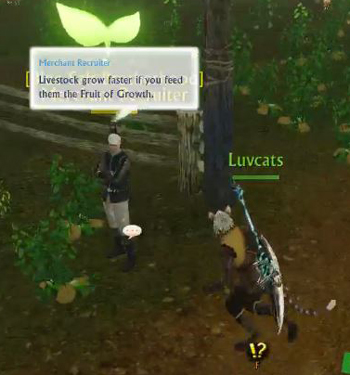 There’s a Farmer NPC there with a green plant over his head. This is the start of the Small Farm quest chain. You’ll have to gather water at the well nearby and water some corn then buy a potato eye from the seed vendor and plant it. You’ll then have to run to the Auction House vendor to the west and back. Presto! Small farm designs, wood, and tax certificates.

After you get your small farm, the NPC will send you to talk to another NPC to show you how to plant your farm down on the land. Don’t bother with that just yet. Instead, go grab some choice land!

Be sure to check out the VOD I put up on my Twitch.tv channel demonstrating this guide!

If you liked this guide or have any questions or suggestions for an article you’d like to see in the future, please be sure to leave a comment below!