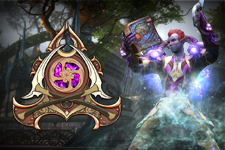 With today’s Hotfix, the Stormcaller has been recharged with even more electrifying effectiveness!

Wielding the powers of Air and Water, the Stormcaller has long been a favorite of many players RIFT team members alike, and now’s more fun than ever before. We’ve consolidated a number of abilities and altered mechanics to create a faster, more frenzied (and more streamlined!) Stormcaller, while at the same time boosting its synergies with other Mage Souls.

Read more details on all the exciting changes to the Stormcaller here!