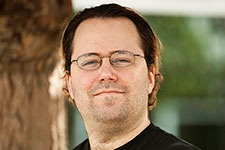 CM Ocho here! One of the things we’re constantly working on here on the RIFT team is ways to make RIFT run better. That’s where Rendering Engineer ZorbaTHut comes in. I’d been hearing about some recent improvements ZorbaTHut had made recently, so I sat down with him and chatted about what he had been up to recently.

Ocho: Can tell us about what a Rendering Engineer does?

ZorbaTHut: the basic idea is that 3d computer graphics are all made up of a huge number of triangles. So we need to get those triangles to display on screen, make them pretty, and make them draw quickly. So I write that code – the code that makes all the things you see visible.

Ocho: That seems like pretty important stuff. So you’ve implemented some upgrades in Game Update 2.6; can you tell us a little more about them?

ZorbaTHut: We’ve been making upgrades pretty much every patch, all the way back to Game Update 2.2, a lot of refinement, as well as fixing the occasional bug. Right now our focus is optimization, and making things faster.

Ocho: So I’ve heard around the office we’ve done something with shader parameters…

ZorbaTHut: As I mentioned before, graphics are made up of a whole lot of little triangles. There is also a program called a shader which lives on the graphics card and takes all those triangles and tells the graphics card what to do with that mesh. For example is that object shiny or not.

We wanted to improve how efficient that code is, so we’ve re-written most of it to run a whole lot faster and better. The actual difference that it will make depends a lot on what kind of machine someone is running RIFT on, and the drivers that players are using.

Ocho: When would these sorts of changes be most noticeable for players?

Ocho: That’s the time it’s most needed, so a big win!

ZorbaTHut: We’ve been rolling out a lot of these changes over time. Because every person’s computer is different, we’re attempting a lot of little ways to make things better. Over time these add up and help make the game run smoother and better for more players.

Ocho: Well thanks for taking the time out to chat, I’m sure players will be happy to hear you are working on this kind of stuff!

I hope you’ve enjoyed this glimpse behind the scenes at RIFT, and hope you join us for future installments in RIFT Behind the Scenes. We’ll also be continuing to work on future graphics improvements; and will be sure to let you know when these are implemented.