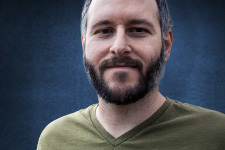 RIFT has a new Lead Engineer, so Eric “Ocho” Cleaver sat down with him to find out a little more about what makes him tick!

OCHO: Tell us a little bit about yourself.

OCHO: What have you done over that time?

DH: Well, let’s see… games that I am willing to admit that I worked on… Killing Floor, EVE Online, The World of Darkness (which is unreleased), those are the big ones.

OCHO: How did you come to Trion Worlds?

DH: I went to work with a marketing company and hated it. Boring! I left that and spent some time looking around for a company to join, looking for people that were friendly and technically skilled, who didn’t spend money in a crazy fashion and who understood work-life balance.

OCHO: Your handle is “Snedhpl,” which is almost an anagram for “Send help.” How did that come about?

DH: I was at CCP at the time and one of the teams I was working on was, essentially, AI law enforcement for the cities. This was a game with vampires and set in the real world where commiting crimes generally alerts cops, and somehow the line of “Send help, it’s a vampire,” morphed into “Snedhepl.”

OCHO: When did you join Trion, and what position did you start at here?

DH: I’ve been here for slightly over a year now. I started as a Senior Engineer. The very first thing I did, and terribly so, was the Announcer Pack, which had a number of different crashes that showed up frequently. The feature most people will remember me for is the Minion system. Aside from those, I worked on a wide range of projects, including animation, pathfinding and making sure the builds worked in a reasonable fashion. Basically, engineering-wise, any time someone had a grenade, I threw myself on it.

DH: I was jumping into all of the areas of code where they said, “Hey, nobody knows about this stuff, hand it over to Dan.”

OCHO: What are some of the things that surprised you about Rift?

DH: It’s a game which has already launched, which has its challenges, but I really like the tools we have. One too, QED, is the tool we use to author various data in Rift, such as items, NPCs, abilities, minions, pretty much everything you see in game has been authored in QED. It’s a pretty nice system and is uniform across the game. It keeps the data in a nice, easy to read file.

OCHO: Let’s talk about minions – how did you find this experience?

DH: It was very collaborative, which was good. Shortly after it launched I was put in charge of the design aspect too which I enjoyed. I’ve been playing games since I was three and making games since I was fourteen, so putting on the design hat is not at all an issue. It’s something I enjoy and it’s fun. I liked putting in the secret Minion quest, despite all the craziness involved. I liked the reception that minions got, so it was all enjoyable.

OCHO: Did you learn any lessons during the time you worked on Minions?

DH: It always felt like a solid system that players would like. In hindsight, I am not sure I would have kept the leveling missions at one credit apiece. The main reason we did that was to ensure that you were getting your money’s worth, but it turned out to be effectively buying slots for very small amounts of money. Also, in the long term, stamina essentially becomes useless with the number of minions we have because they are all regenerating, all the time. That’s something that may have gone differently, to ensure the stamina regen was a little stricter and more meaningful, instead of being something that just gates you from levelng up this minion.

OCHO: What is your position now on the Rift Team?

DH: I’m now the Lead Engineer. I make sure that tasks are organized and prioritized properly. I provide technical oversight as necessary. We have a good team here so it’s not something that I have to do too often. I still jump on grenades, and can’t avoid that! I answer Skype a lot and go to a lot of meetings. Basically, I’m now the person everyone goes to first if there is an engineering problem in Rift, and almost everything in Rift has an engineering component.

OCHO: Has your new position given you a change in perspective?

DH: Because I was in on so many things I already had a wide perspective. Localization, animation sound, all things I worked on before I became lead. I’ve always had a broad perspective on Rift, I’m just getting a more detailed view now.

OCHO: Who are some of your favorite people on the Rift team?

DH: RoughRaptors, or SupermanSocks, is always an interesting character, in game or out. People should remind him to have lunch. I also get more interaction with Gingers, who is our Producer now. I was able to push for more infrastructure support so that our builds get better and we can iterate faster, which is always a good thing; our build engineer deserves a lot of credit but he’s not very visible to players.

OCHO: What are some of your favorite games that you have learned good lessons from?

DH: My favorite RPG is easily Arcanum of Magic and Steamworks Obscura, which is an ancient game. Brilliant game, with lots of options: it was very broad, the endings were meaningful, and everything you did in game was meaningful. The ending cinematics were vastly different from one run to the other, which most games don’t do.

DH: I really enjoyed working on World of Darkness. It was a great game with a very good technical team and very broad hopes. Working on EVE and seeing the game from the inside was an amazing experience as well. EVE was a ridiculous experience on a variety of levels, from people
Community