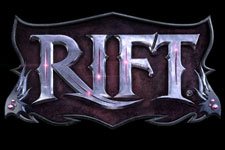 In RIFT, we create player-owned instances from the game world that we call Dimensions. They share the terrain, art, music, and most importantly for this post, the weather of the zones they mirror. Previously, the weather in Dimensions reigned supreme no matter what structure you erected.While this sometimes allowed for the creation of an amazing-looking show, on other occasions it resulted in a soggy living room. Today, I’m excited to talk about improvements coming in RIFT 2.6: players will now have excellent control over the weather in their Dimensions.

Dardin Smithhammer sat inches away from the hearth hoping that the snowflakes would melt with the fire’s heat. He’d tried everything to keep out the snow. He’d built a seamless wood plank house, but his workmanship must have been shoddy – the snow poured through. He’d bought a fancy pre-made roof, but no luck with that, either. Now he sat in his windowless Dwarven-style castle. He’d gone over every inch of stone to make sure it was impenetrable. And yet, the snow fell through as though the walls weren’t even there.

RIFT generates weather in a way that works well for the game, but has some interesting quirks that present challenges when applied to Dimensions.

In RIFT, weather doesn’t come from the sky; it’s determined by where your character is standing. You can test this any time you walk out of a building. Sometimes, when you’re at the doorway, you’ll see the indoor weather in the outdoor sky. Step outside, and sky will transition to the outdoor weather. In addition, RIFT’s raindrops and snowflakes neither have nor respond to collision; we keep their visual effects simple to keep the game running smoothly. Unfortunately, until 2.6 hits, this means that if it’s raining in your dimension, no matter how many dimension objects there are between you and the sky, you’ll still be in the rain.

After a crash course in RIFT’s weather generation, you can see why we choose to release only precipitation-free dimensions with Storm Legion. We wanted to wait until we had a solution for our indoor weather conundrum before going further. However, players pleaded for snow with such verve that we created Kestrel’s Cry Ravine – a dimension where it snows – anyway. I made sure that no buildings with interiors ended up in the base dimension; they would have made the unstoppable snow even more blatant. (It wound up being pretty obvious anyway!)

The Kestrel’s Cry Ravine dimension in its natural state.

And so begins our quest to create a snow-free abode within Kestrel’s Cry Ravine. In order to do this, we need to learn more about how we keep it from snowing indoors in the main game world: we make each building with a special interior called a scene volume. These volumes can have all sorts of traits tied to them, like weather, lighting, sounds, rest experience, and text that pops up when you walk in.

When we author these scene volumes, we adjust their settings to prevent outdoor weather from occurring within. That can be tricky, since other devs can still override the settings anyway. (Some of you will remember times when it rained indoors in Meridian, or when it snowed inside the Chancel of Labors. Let me assure you that those situations weren’t intentional!)

Scene volumes work differently when they’re added to a dimension, as opposed to how they operate in the main game world. For example, when we first introduced the Mossy Tavern, it crashed some people’s games. (Oops!) This crash happened because the tavern had a scene volume that didn’t appreciate being treated like a dimension item. We had to remove the volume to get the tavern to work.

The Solution for Dimensional Weather

As fickle as they are, scene volumes had always held the most promise to solve the dimensional weather problem. Yet, whenever I tried creating a house with a dimension-friendly weather-blocking scene volume, I had no luck getting it to work. After a few futile attempts, I turned to the art team.

They had some amazing ideas! First, they found a way to turn scene volumes themselves into dimension items. No visible dimension object turned out to be needed. This is really cool because invisible dimension objects can be used whenever you want a visual effect instead of an object. But how do you manipulate something you can’t see?

Fortunately, the artists had already developed some (also really cool) tech: the power to make a dimension item visible only once you’ve turned on Edit Mode in your dimension. They applied this trait to the objectless scene volumes. So, instead of having to guess where they are, you can see the scene volumes as translucent orange shapes. You can rotate, translate, and resize them with confidence. Once they’re in place, leave and return to your dimension to make them all invisible, and there you go! Weather is blocked exactly where you want it blocked, and there’s no pesky visible dimension item marking the location of the effect. Not only does this solution allow Dardin Smithhammer to have a snow-free castle, it will still allow him to have an open-air gazebo within that castle, chock-full of snow.

Here’s what a weather-blocking scene volume looks like by itself while you’re in Edit Mode.

When you step inside, the snow stops for you.

Leave and return to your dimension for the volume to become invisible to you. (It’s always invisible to visitors who haven’t turned on Edit Mode.)

Since human beings are going to be using these new items, I renamed the “dimension-friendly weather-blocking scene volumes” as simply, “weather-blockers.”

If you’re weatherproofing a house, make sure the entire interior is filled with weather-blocker(s). They can overlap without harm. For example –

Here’s a Weather-blocking Cube placed inside a Snowy House with Deck.

You can step inside to make final rotation, translation,
Community

The Geonaute 360 is a panoramic camera that ports footage to the Oculus Rift.