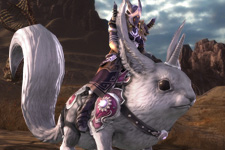 The unicorns of Wyredode are famous throughout the planes, prized by the Fae Lords and beloved by the goddess Tavril. Once a year these majestic creatures gather together for Unicornalia in the heart of their sacred forest.

One year a vassal of the Fae Lady Azura, a disagreeable bogling knight known as Mudbrup, went to his first Unicornalia. Mudbrup had never seen a picture of a unicorn, but his imagination painted a vivid picture. He thought of a tall creature on long slender cloven hooves, curved horns with markings on their hindquarters. Unprepared for seeing a unicorn in the flesh, Mudbrup was presented to the stallion of the herd. Frog eyed wide instead of bowed and respectful he impoliticly blurted out, “That’s just a horse with a horn attached!”

The unicorns of Wyredode may be majestic and powerful creatures, but what they are not, is forgiving. For his arrogance, the bogling Mudbrup was driven from the sacred grove within an inch of his life. He crawled back, bleeding, to his home and plotted his revenge. Mudbrup knew little of magic, but in his travels he had acquired a focus of enlargement and a wand of adhesive. As he gathered his magic baubles, a plan started to slowly formulate in the bogling’s mind.

The next Unicornalia procession was a regal affair as the proud and powerful beasts displayed their majesty. The onyx stallion led the court of Shadow to the spring at the center of Wyredode and there, the Fae Lord Taeryl, was about to bless the unicorn when a noise from deep in the forest stalled the ceremony. The trees shook, the leaves fell, the ground rumbled, and suddenly Unicornalia was overrun by a swarm of giant squirrels, each with a derpy horn, awkwardly glued to the center of their forehead.

The Fae courts scattered, the unicorns snorted and stamped their feet indignantly, and the squirrels hopped and jumped about the sacred clearing as they grabbed food, collapsed tents, and generally made a messy mockery of the festival. All the while a croaking voice rang out over the din, “A horse! A horse with a horn! You’re nothing but horses with horns!”

The unicorns took pity upon the squirrels that day. They returned the mutilated creatures to their home forest of Durdode, though accompanied with the warning never to cross the pass of a unicorn ever again. Mudbrup was not so lucky, and Durdode is famous for its blood red flowers as well as for his mangled creations. Legend says that trickster spirits release the squirrels onto Telara once a year, as a mockery of the noble unicorn. Legend also says that these spirits come to an ignoble end.

New to RIFT? Create your account with this link: http://tinyurl.com/RiftAscend . You get: • A Free 16 slot Bag • A rune granting their weapon a special glow • A stunning cloak • A…