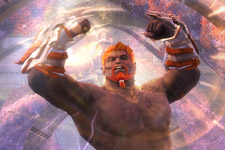 Save big on boosts to XP, Favor, Tokens and more this weekend! The discounts will run Oct. 4-6 at the in-game RIFT Store and include all the following items:

Need more Credits? Visit the Trion Worlds Account Center and stock up for the adventures to come.

We invite Jamie to try out the Oculus Rift headset at the Tested office, and then have a conversation with him about how he would use these virtual reality g…