Woot! Happy, happy Friday everybody! Let’s start with some great news for all of our Alpha and Beta 1 Backers: It’s time for some weekend testing! Check your e-mail later today for confirmation, but the plan right now is to run two separate tests this weekend, one on Saturday, the other on Sunday. So, Welcome Back Weekend Testers!

Besides that, it was a great week for CSE (once we got our power back), and work proceeds swimmingly on a number of fronts. As you can see from today’s Top Tenish list, our game is becoming more game-like every week, and the resumption of weekend tests is further evidence of where we are at and where we are going over the next few months, as we head into Beta 1!

For all the other highlights of the week, let’s hit our Top Tenish!

For art this week, we start off with a WIP video from Scott of the Black Knight’s Void Slash ability. This video covers the initial “block out” where we focus on the posing, then goes into a rough pass of the timing. 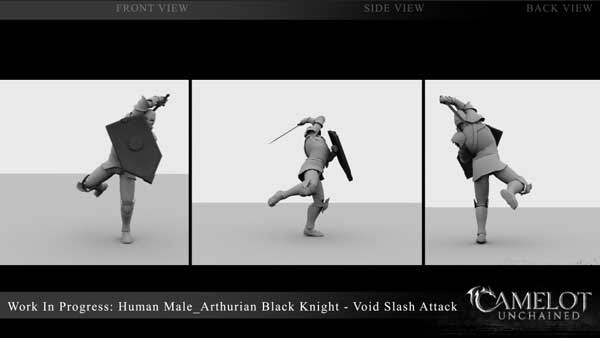 Jon has finished his update to the Arthurian medium and light armor. Later, the animators will rig these to test out the meshes and improve them for animation needs.

On the smaller side of things, Dionne put together a new grass set, which we’ll use in the next map. 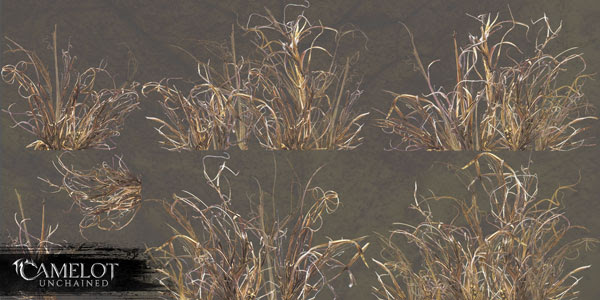 For the next scenario map, we decided to create some unique assets to differentiate the capture points from one another. Ben created this wonderfully simple placeholder block out of a dragon skull. 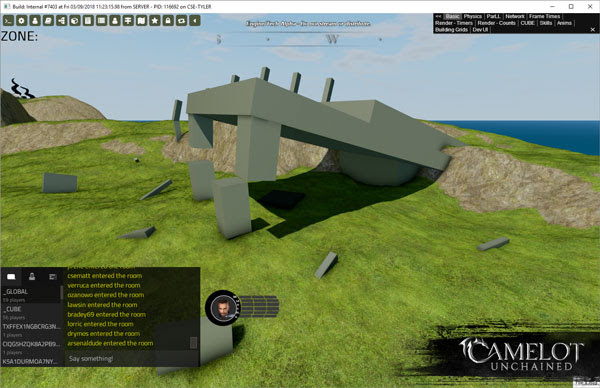 However, Jon saw something much grander, and came up with this: 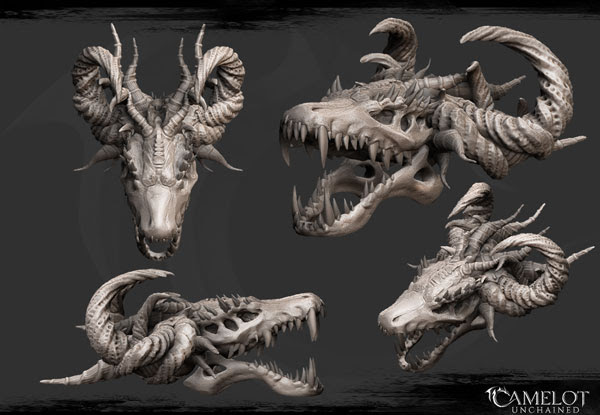 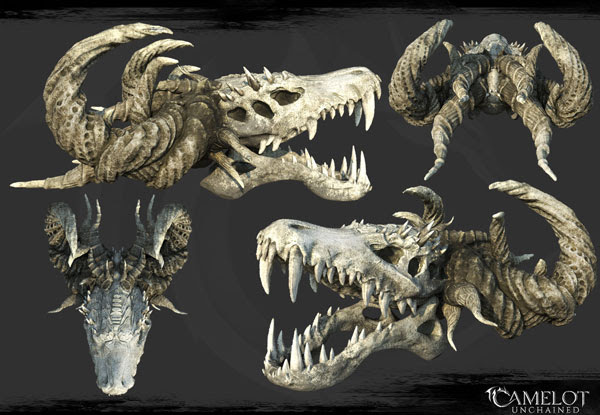 Next, we have some styling work on the container UI from James. 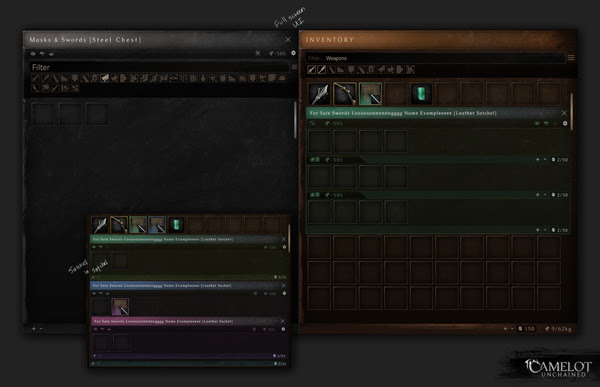 And lastly for art progress this week, we have some sketches from Michelle of possible capture-the-flag assets in the next scenario. 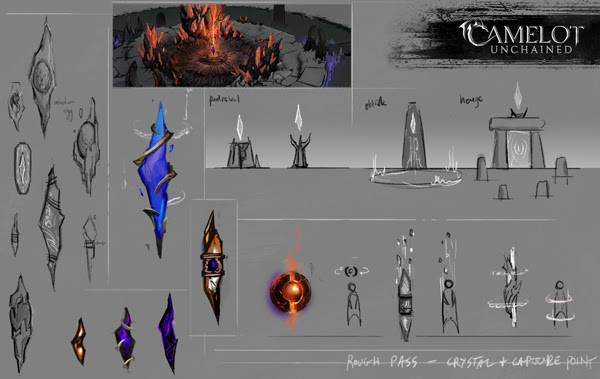 A whole lot of art this week as we work through our Beta 1 goals, and look for opportunities to improve some extra work along the way.

We’re not the only ones with the great ideas and art skillz, as can be seen from the winners of our weapon design contest! First place goes to Rehk for his dragon skull Viking sword.

Second place goes to PendraPendragoon with this bow design, The Hand of Asger! This one comes with its own description:
“Crafted from the hearty antlers of a northern alpha bull reindeer, and finished with the finest of Viking leather work. This bow hosts an enchantment traced to the ancestry of a powerful Viking hunting party.
Legend says that the light of 4 blue eyes pierce through night and snow, though are only seen by the victim once the arrow has been loosed, and their fate has been sealed.
“There is a beautiful light at the end of the tunnel.” 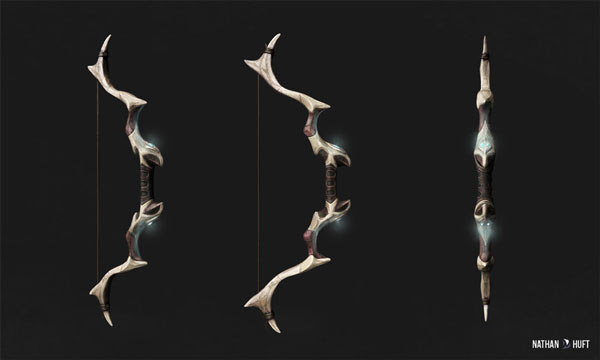 Great job, both of you! Jon will be creating these assets to be added to Camelot Unchained. We’ll stream the creation of these weapons in a future livestream.

While we’re on the topic of weapons, the Special Achievement award goes to Raygar, who sent us this simply amazing piece of art! I can’t begin to imagine the amount of work that went into forging this piece, by hand no less! Raygar calls it “Butcher’s Beak”: 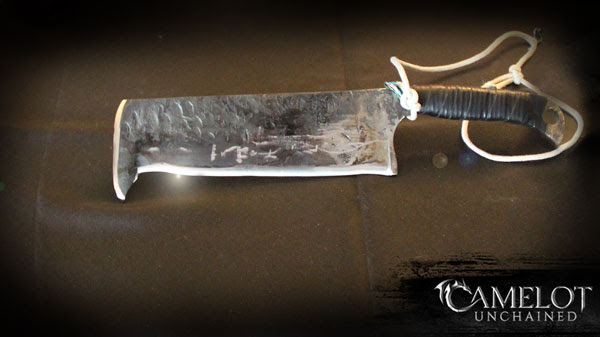 That wraps up our week here at CSE! Things are going great here, and we can’t wait to share all our hard work with you!

P.S. Jon has spent some of his personal time sketching out ideas to use later when we work on The Depths. Check out this bit of nightmare fuel! 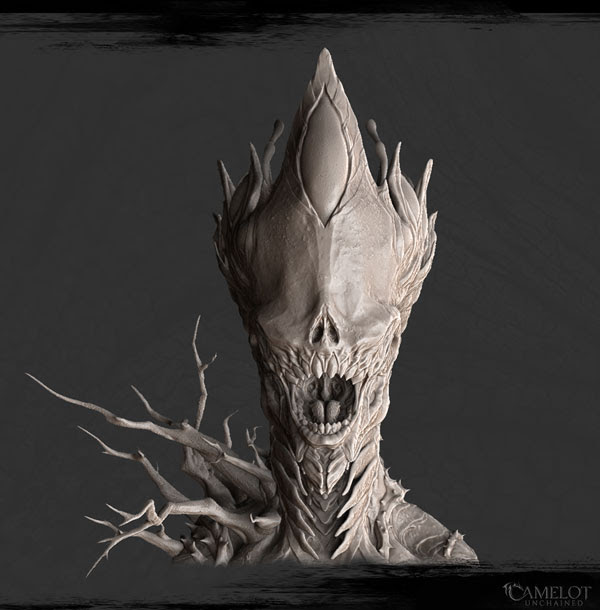 Have a great weekend! Sweet dreams.