Happy Friday (or Saturday) all, time for another Monthly Update from us. In today’s livestream I talked about a lot of stuff that is CU/CSE related as well as some highly personal notes. The good news is that now, all the news is good!

From the reopening of the offices next month to another big update from us, we continue to work on and knock out more of the features that we need for a LIVE game while tackling things that could end up taking a fair amount of time to complete (which is why we are starting work on them now). By the end of the summer, Camelot Unchained will look and feel more like the game that you expected to see when you backed us than ever before. Whether it is weather systems, voice chat, new biomes, or caravans, all of these things are being worked on and we expect them all to be in the game before the end of the summer. Add in new races, updates to classes, crafting, etc. and you’ll have quite a game loop. And I’m sure that we will also manage to have some good surprises as well during the summer!

I hope you enjoy the update, our newsletter, the livestream, and this weekend’s test. We have a lot going on and we’re happy to share it with you.

Now for Some Art Action!

Jumping right in to concept, we are getting ready for upcoming biomes production, starting with the Coastal Lowlands. Tina has been developing the vision for the biome below: 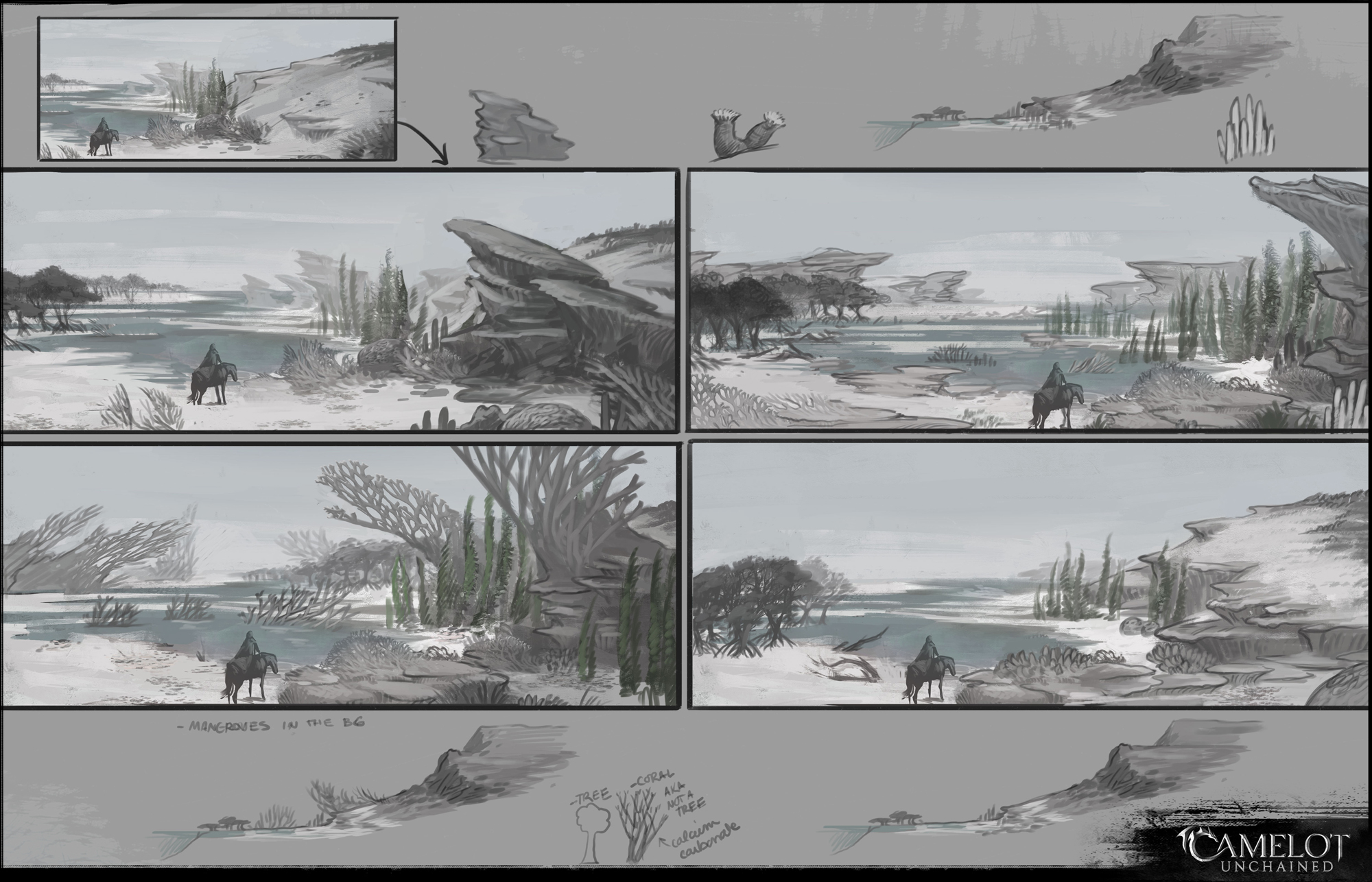 As mentioned in the Top Tenish, design has been developing the caravan system; and with design, initial art designs have been going along with it.

Be sure to check out the expanded article with more art and details in this month’s newsletter. 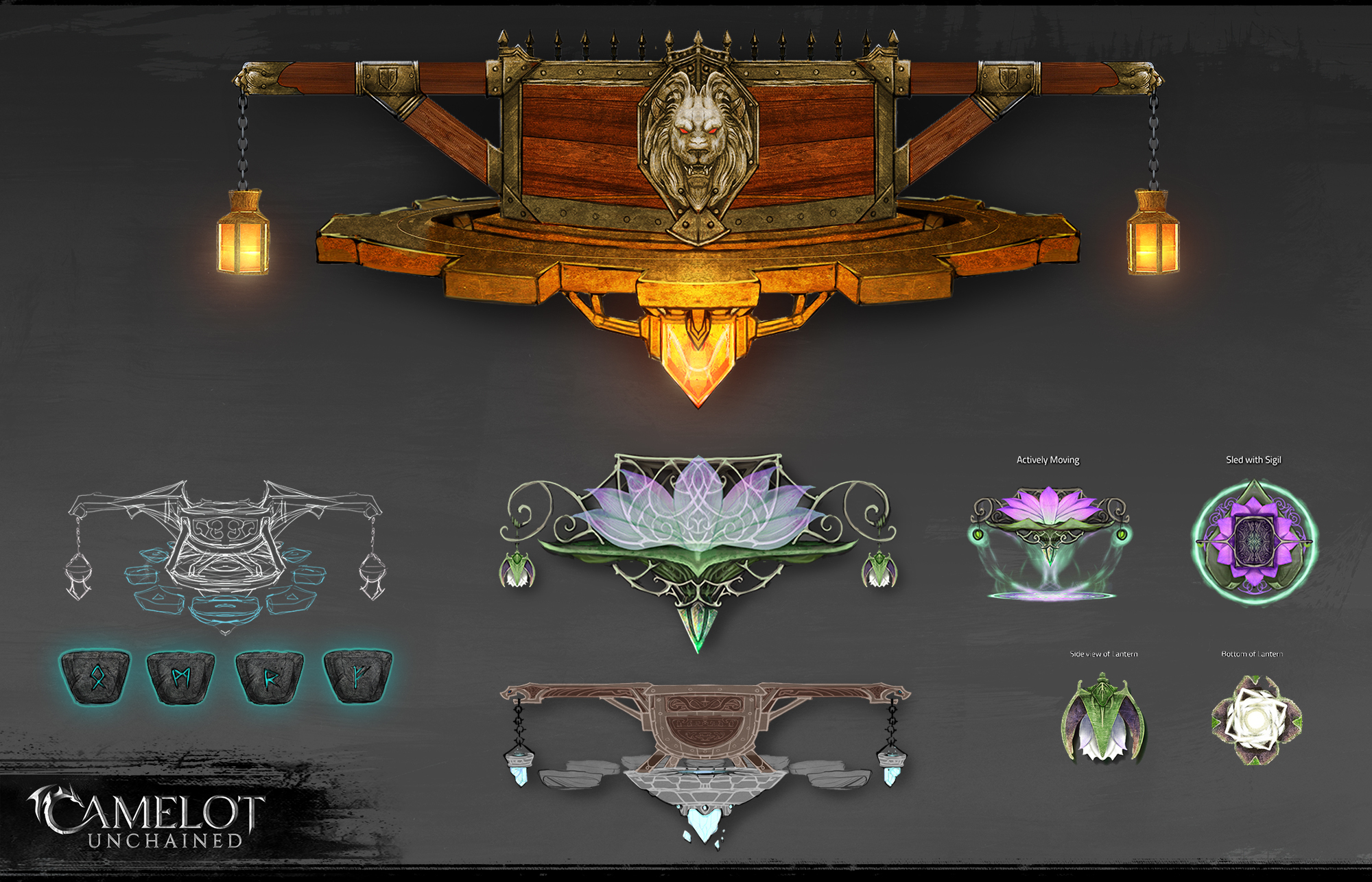 Showcasing development for points of interest, here are some renders of what will be found in the grim Glade of the Failed Heroes:

Golden Plains has developed further since the last update as well. Tan grasses seen before have been replaced with fields of gold wheat and grains, as seen below:

Many other new assets have been added to expand the variety in ground cover, as well as new spawning trees and shrubs.

Additionally use of fog was implemented since last update, greatly improving the horizion line and giving a bit of drama to different times of day.

Pouring in next, rain development! Check out some shots showing day and night in two different zones:

As always, we thank you for your patience and support and as we move into summer. I hope you really like what you see and when our first true gameplay loop appears that you jump in and see for yourself that we at CSE keep our promise when we said last year that CU was going to undergo quite the change, that we met and/or exceeded that promise.

Please stay safe during the pandemic. I hope you all and your families get through this as safely as possible.