This week has been fairly quiet, as everyone has been focused, working through our tasks to finish out the week strong. Toward the end of the week, things got a bit more hectic, with lots of conversations blooming into existence as we planned for the following week(s). The latter part of the week is honestly my (Tyler’s) favorite, as it’s the most rewarding.

Making games is complex. Thankfully, I work in an office with a bunch of talented folks who are really good at problem-solving. That problem-solving process is like a bunch of small hills we conquer daily, bringing together the brains, talent, and various ways of approaching a problem.  We turn it into a plan, which is what production is all about. We figure out how to climb that hill together!

Speaking of the hills we overcame this week, let’s check out the week’s highlights in our Top Tenish for the week!

For art this week, let’s start off with the first pass of the Winter’s Shadow new ability animation. In this ability, the Winter’s Shadow archer raises his arrow to the sky, generating a cold, wintery VFX, before firing it off to deliver a freezing, snowy AoE attack. 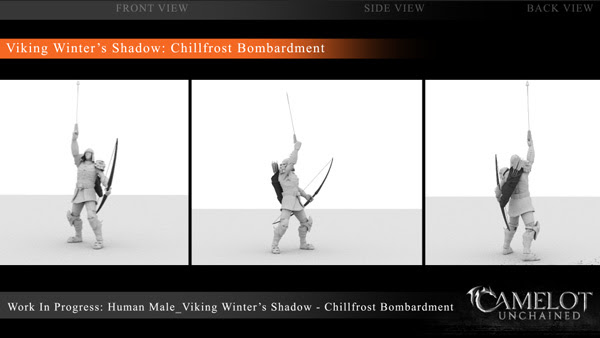 Next, we have this new statue from Jon for use in the environment. 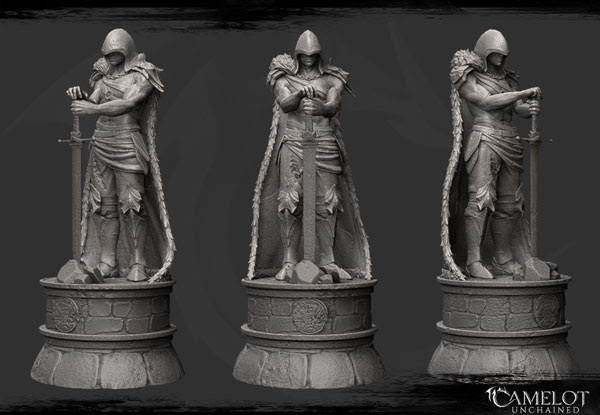 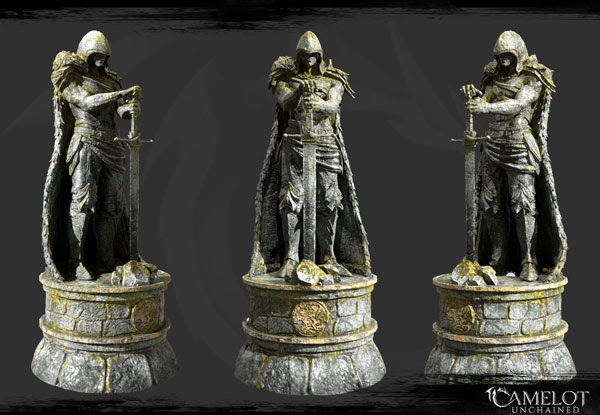 Next, some concept art from Michelle, to assist Mike in creating new VFX. First, the Blackguard. Remember, the visuals of the VFX will change and grow as we test and refine the look of the abilities. Additionally, new VFX tools and functionality will change these as we continue up to launch. 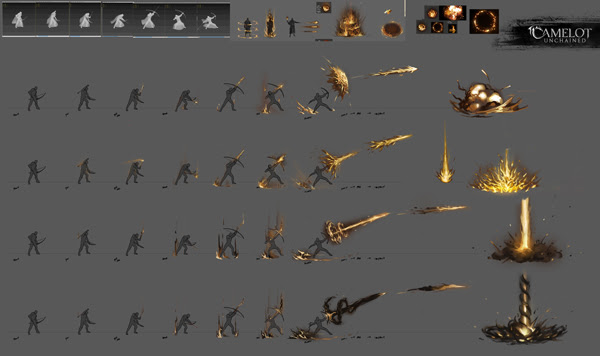 Next, the Forest Stalker’s Overgrowth Shot.

And finally for concept art, the matching NPC spawn dais to accompany the control point dais, which is referenced in the upper right. 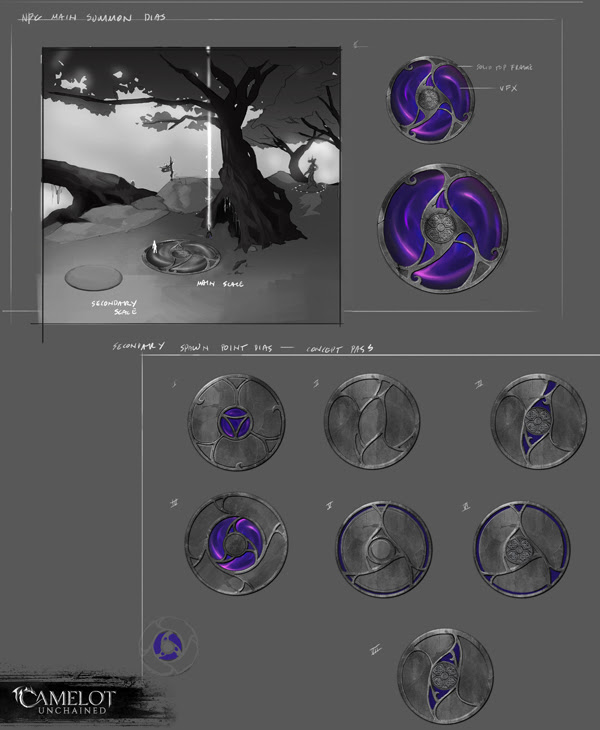 To finish off art for the week, we end with a couple of in-game shots of the work going on in the new Dragon Fang scenario, with the updated Black Knight idle in the foreground. 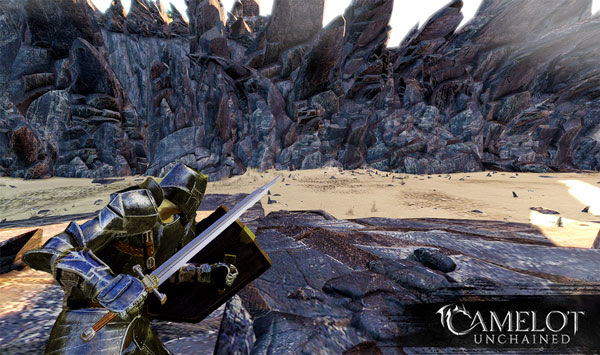 The hill we are currently climbing in the assembly of this map, is the creation and placement of these large, SPIKY, rock walls, growing outward from the Place of Power which resides in the center of the map. All these rocks also need to be very performant so we can have hundreds of players fighting it out in this zone. Next week we’ll try and finish up placing the majority of these assets to show off more of the map in the update!

That’s it for this week’s update. We completed a lot of work and I’m genuinly looking forward to making lots of progress next week, and sharing it with you folks!

Have a great weekend and we hope to see you in our next tests!