It’s Friday, and that means it’s time for another open and honest update on what we here at CSE have been up to. If you’re ever curious about our progress, you can check out our live streams and weekly updates to scratch that CU itch!

If you missed today’s live stream with the man himself, MJ, you can find that HERE.

We’ve been very busy with a lot of work we’d held off doing so we could get into Beta 1 strong. We didn’t have as much testing this week, partly because we have several big changes cooking, like building destruction and stability, as well as updating the client to 64bit and characters 2.0!

We’re not planning on having any testing this weekend, but keep an eye on our tentative testing schedule next week! With the big changes incoming, we haven’t had enough changes this week to warrant a test just yet.

Let’s jump to the Top Tenish for the week’s highlights.

For art this week, we’re a little slim due to the focus on making improvements to our work moving forward. Most of this work is prototyping and documentation. However, we still have a few things to show off!

First up, Dionne has continued her work on the Deathmatch map. The player spawn areas were mostly barren, and needed a quick art pass. In these images, you can see the castle, an asset built in C.U.B.E. by our Builders’ Brigade, off in the distance. And this is simply the first step in testing. We’re looking forward to players building epic castles in a future scenario. 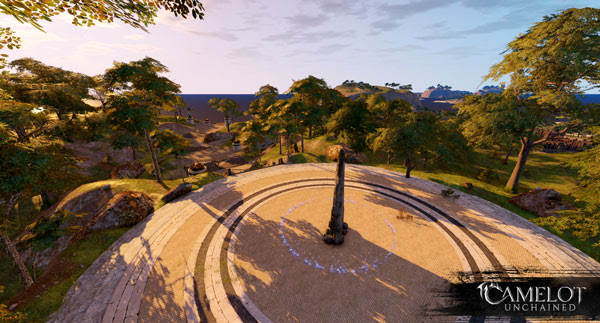 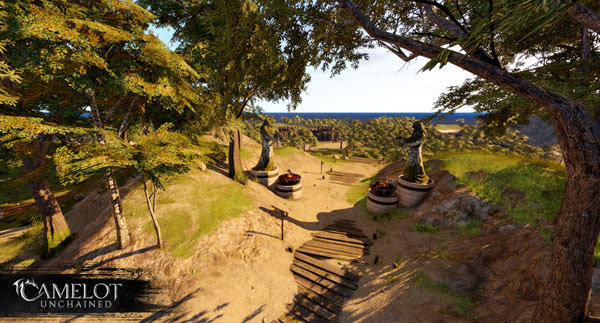 Jon made these relief sculptures, which we wanted to use either in the home islands or the Dragonfang scenario. We need to wait till we have more memory, which we will when we update to a 64bit client. 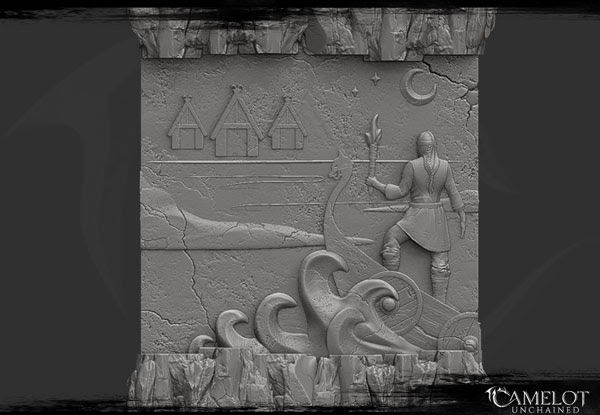 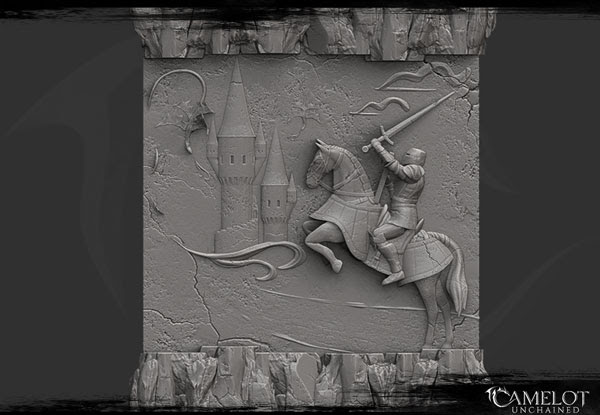 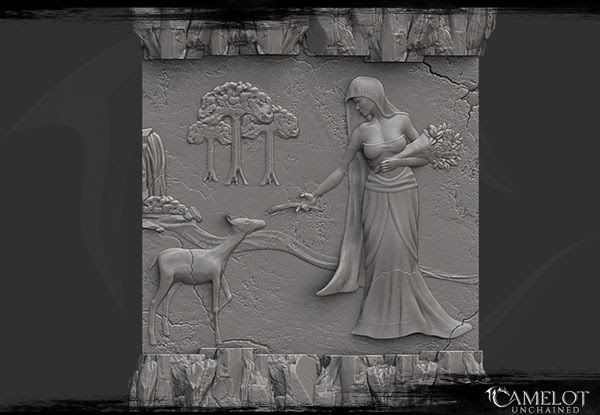 The idea with these is to seamlessly integrate them into rock walls. Because they are independent of materials, we can pretty much use them anywhere.

Here’s a bank and tavern sign for the Arthurians. You can see these on their home island, Briton. 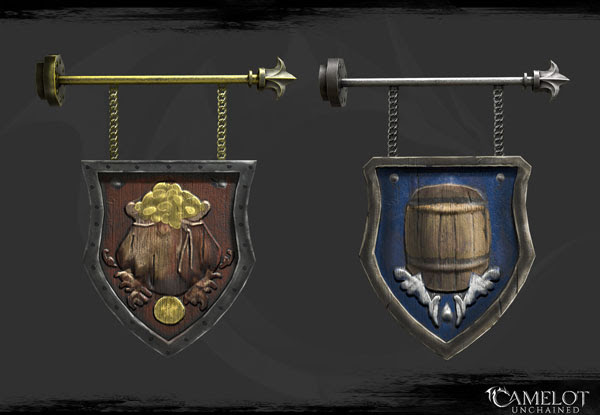 Per the Ttop Tenish, Michelle has been auditing all our weapons. As you can see, there are a lot of them. Here’s a sample! 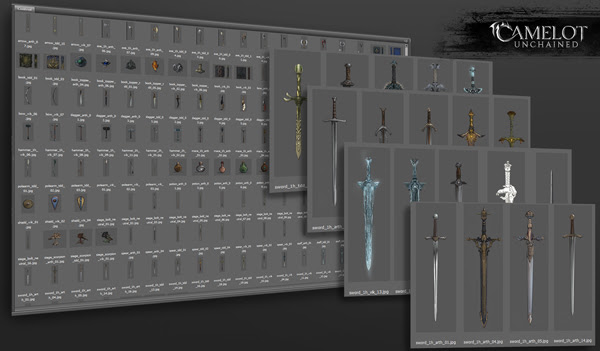 Besides the Style Guide work, one of the next things we need to tackle is making these harmonize with our proposed crafting system. Lots to do!

This week, we owe a big thank-you to Ludovic, who sent these great gifts to Max! A duck onesie bath towel, for newborn Rose, as well as a rubber ducky with a thermometer, for testing that bath water. Also, they sent four thermoses to help keep our sodas cold! Thanks, dude! 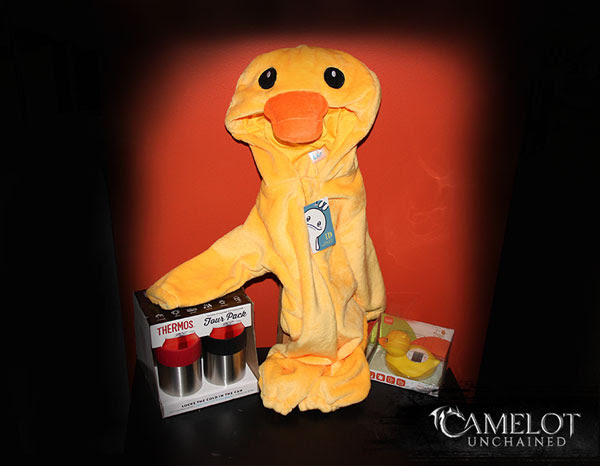 That wraps up the week for us here at CSE. We’ll CU next week!