What can I say about weeks like this? Things move along, work gets done, and progress continues apace. About the only thing that is going wrong now has been getting an office for the Seattle team. We think we’re close, but we’ve thought that before. It’s just really different out in Seattle (it’s booming, and commercial space, where we are looking, is tight) than it is in Virginia (lots and lots of space, almost everywhere). Hopefully this will happen next week. Other than that though, it’s all good around here. As this is our “in-between” week in terms of user stories updates, it’s time for our Top Tenish only:

Another fine Top Tenish, so let’s move to today’s display of our artists’ talents.

In terms of art this week, let’s run, not walk, over to animation land. Continuing our show and tell from last week, Scott has rendered videos of the updated run and walk cycles for the Human male, which had been previously completed. Of course, these are still not final, but a big improvement over the quick passes we had before. As we hone in on the look and feel of combat with the new animation system, these will very likely receive more tweaking. Since you have to walk before you can run: 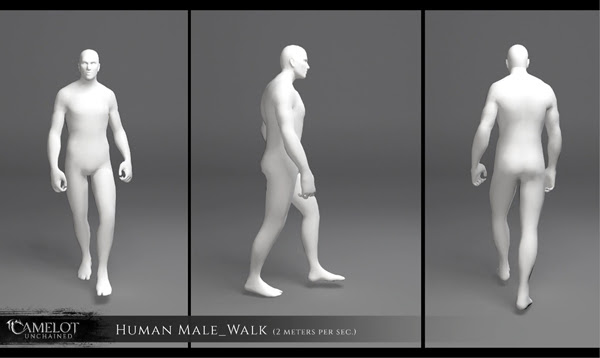 With a bit of spare time Jon managed to find this week, he completed a quick material pass on a generic cloak for each Realm. These may help us further identify Realm associations a little easier during big battle tests. 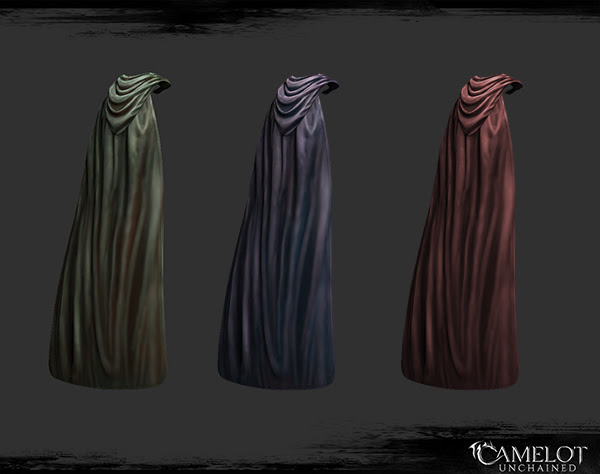 One of our features for Camelot Unchained is seeing the environment change per Realm control of the area. Below, with Michelle’s input, Dionne shifted the willow tree textures to reflect the changes one might encounter after Realm control changes. 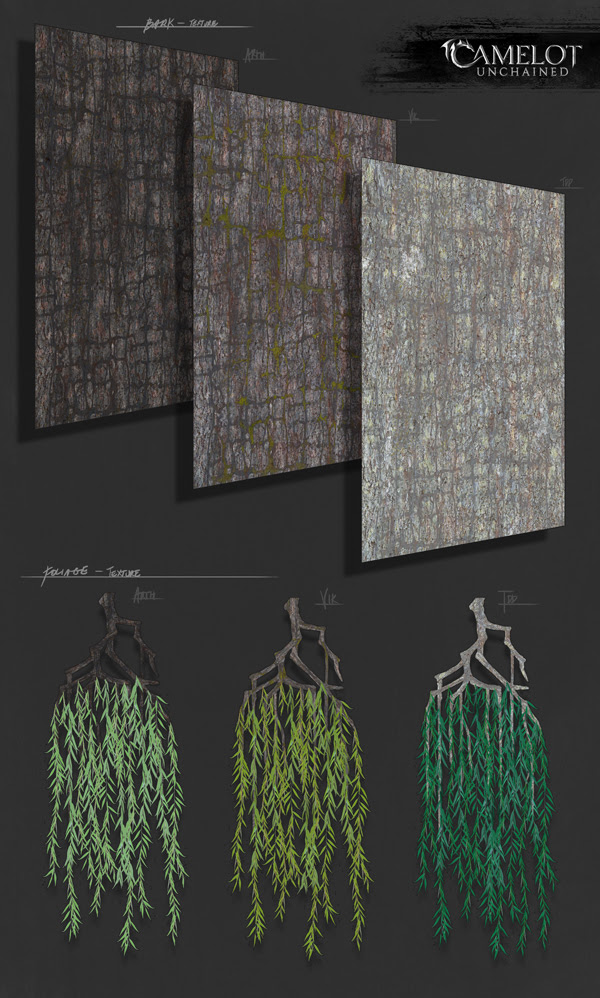 Continuing investigative work this week on our UI styling, Michelle has a plethora of treatments for our player health bars, with regular and compact variations.

Over the past several weeks, we’ve had the pleasure of hosting one of our Backers, Swazi, on our Twitch stream. In the image below, taken with our updated rendering system, you can see Swazi is using the C.U.B.E. flat zone to store a small town of buildings. You can catch his next stream tomorrowevening. Check our schedule HERE.

Here’s a couple of extra shots of those buildings. The bottom two are in one of the small island maps in C.U.B.E. 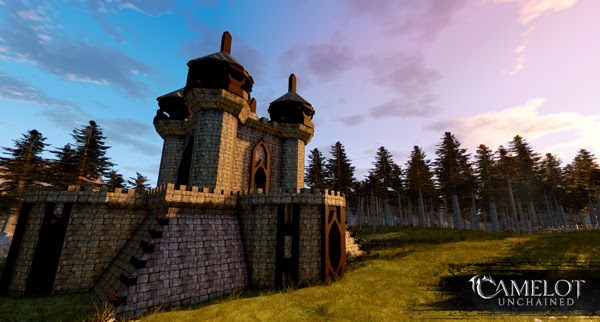 Let’s end today’s art update with a bit more of a “point:” Here we have a couple of images of the Arthurian version of a scorpion siege engine. This might just make it a little easier to destroy the defenses of your enemies. If you’d like to see how this was built, you can catch Jon’s modeling stream HERE, and his material pass stream HERE. The latter shows off our use of Substance painter, a tool we’ve come to love, and one which has quickly reduced our art turnaround time! 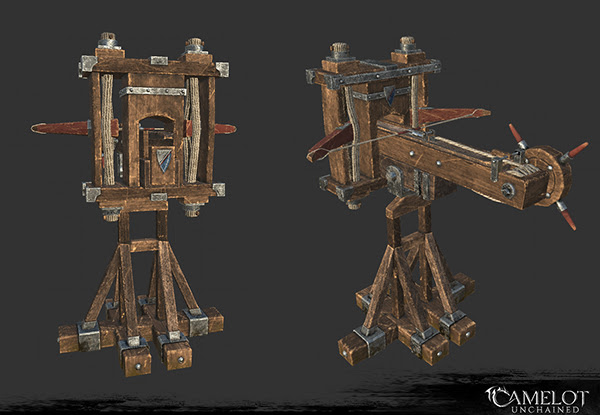 We were also just granted trademarks for Camelot Unchained® and Bring Out Your Devs®: they were officially acknowledged as registered trademarks by the USPTO! Woot! We’ve leveled up!!

As to this weekend’s testing, our Alpha and IT folks will be invited to join us on Wyrmling for a test of the “almost latest and greatest build” while our IT folks can head over to Wyrmling Prep for a slightly updated version (one change) of that build. Look to your email for details, as usual.

As always folks, we thank you for your support and patience. Have a great weekend, everybody, and I’ll see some of you in the game!

To close out this update, a big thanks goes out to the Backer Zenksor, who sent us ANOTHER box of gecko sour candies, a basking rock, as well as a bag of friends to keep our gecko office pet company!