The old trope of “time flies when you are having fun” may be true, but if so, our Alpha and IT folks haven’t been having a lot of fun this past winter and fall. Today, we took the first step to changing that, as we welcomed back those folks to a “Break the Build” test. The test has been a complete success, in terms of what we have found. To wit:

1) The servers have been rock solid. There were no server crashes at all.

2) The mix of NPCs and players have worked great together. We’ve been happily stressing the rendering component of our engine as well as client networking.

3) We’ve uncovered at least one issue with VFX, which we think was causing the worst of the lag spikes. The good news here is that even with those spikes, the game kept running, and then when the spike ended, everything was just fine until the next spike. *Update*: We found the problem, put an band-aid on it, and it worked great. Fixes will be coming next week.

4) In general, the game performed up to expectations.So, the first Alpha test that we’ve had in many months was fun, successful, and a great and important step forward. Thanks to everybody who joined us for it! Expect more next week!

If you missed today’s live stream update and Q&A with Mark, you can catch that HERE. In terms of the rest of the week, let’s take a look our highlights!

Let’s move into art for the week, starting off with a link to some of Scott’s updated throwing animations he’s been working on. As mentioned above, these are still works in progress; the next iteration be a lot more fleshed out. These guys do a lot of throwing in their class abilities! Catch Scott’s stream from earlier this week HERE. 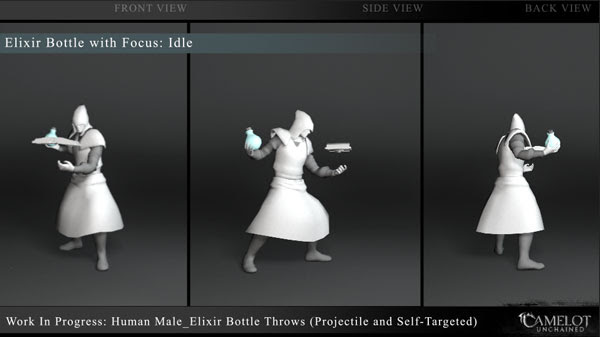 Once in a while, Tyler finds some time to do a little art. Here we have a breakdown of one of the new terrain materials to be used in the new scenario map with the Place of Power model. 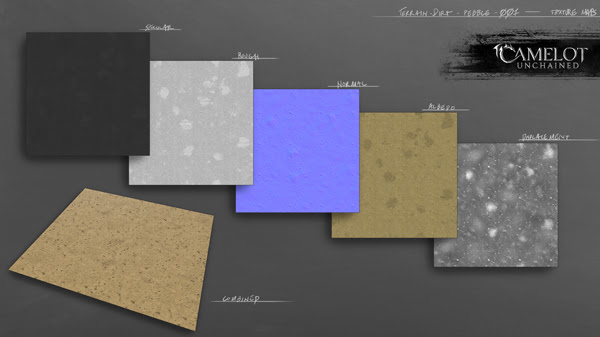 As mentioned in Top Tenish, we showed a side-by-side comparison of Jon’s changes to the Viking medium armor with a new UV layout last week. This week, we have that same comparison, but in-game, in our engine! Notice how much easier it is to see the details in the left-hand version, which is the new one. This is visible not only in the textures, but also in the mesh, which makes better use of the geometry to pull out those details! 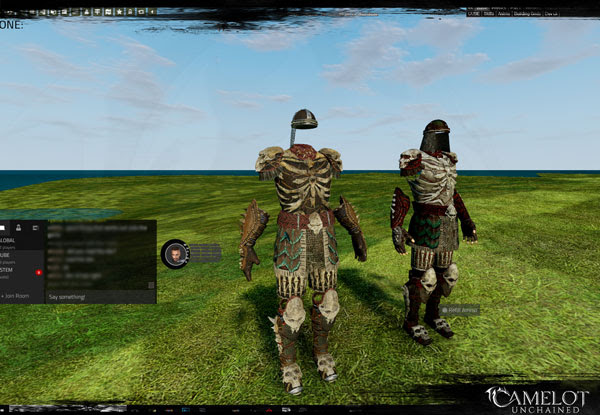 Here’s Jon’s work on the Viking light armor, using the same layout to improve visual fidelity. What a difference! 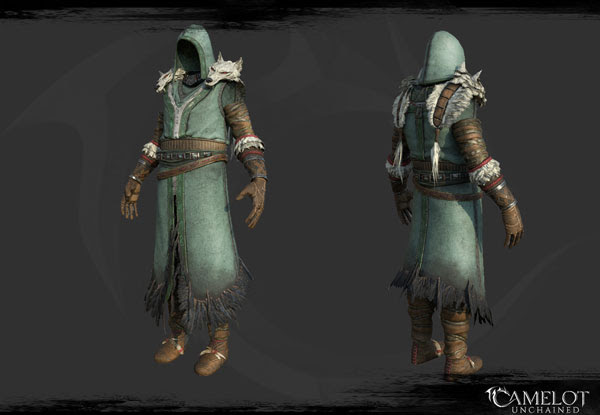 Next we have Michelle’s work in progress on new Realm-themed splash screens for our future SNS battles. These will next go through a UI layout pass with JB, and eventually become animated by James!

1) As always, other than adding the Camelot Unchained tag, these screenshots have not been altered in any way.

2) If you look at the top right of each shot, you’ll see how many players/NPCs the engine was networking and rendering at the same time.
(For those with not so-great-vision – the first image shows 335 known players, and 267 rendered. The second, 315 known players, 213 rendered.)

3) If you look around in the background, you’ll see how ridiculously long our render distance is. Can you spot all the Alpha/IT players and NPCs that are in the shot? Look around very carefully, and think about the last time you played an MMORPG where you could see players and effects as far away as you can in our game.

Folks, it just gets better, so much better from here! 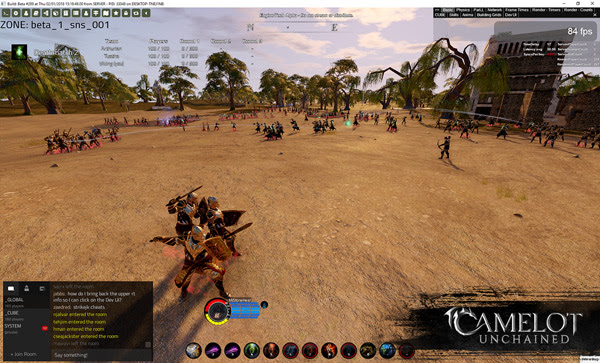 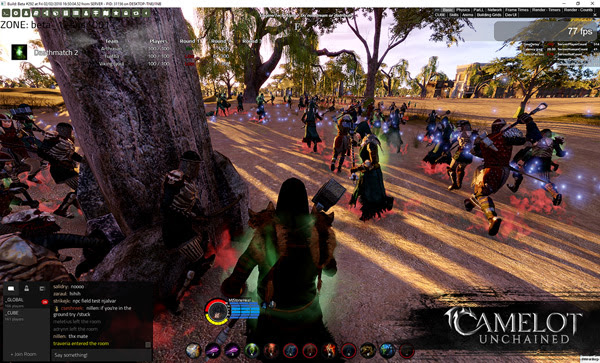 As always, we thank you for your support and patience. I look forward to being your practice dummy in RvR this month and beyond!