I hope this update finds you all well as winter slowly encroaches upon us here at CSE. The weather in Virginia is starting to actually feel like fall, with the temperature dropping over the last week. It’s appropriate then that one of this week’s art images is a procedurally-created snow texture. (No, I didn’t plan that!)

Things continue apace here as both studios continue to churn through tasks. Of particular interest below in the Top Tenish, we get ever closer on our–as expected–long burn on NPC pathfinding. Several key engineers also get us ever closer to the “Linuxification” goal on the servers, allowing us to reduce our server costs, something particularly important when running the live game!

We are not planning on a test this weekend. Stay tuned to the tentative testing schedule for updates next week!

If you missed today’s Live Stream with Ben and myself (Tyler), you can check it out HERE.

For art this week, we have first, the high poly sculpt, and material renders of the two mentioned TDD spears.

I can think of a particular Luchorpán Fianna who would love a new spear!

Next up, we’ve got a few images of materials created in Substance Designer. These probably need a little bit more context, if you’re going to understand what’s happening here. First off, these materials are all created procedurally, and are not done the old-school way from photo reference, nor are they hand-painted. Additionally, these aren’t built from photogrammetry refrences, which use real-world visual data, which has also been previously used in CU. Instead, everything is a series of instructions put together in a node-based editor, like this:

That “break out” on the lower half of the image shows the “base shape” part of this. As you can see, it’s quite complex, but once you get used to what you’re doing, it can go rather quickly. Thankfully, one of our newest artists is already very skilled with this program!

These nodes represent noise functions, like color, blur, alpha maps, etc! The great thing here is, once this is set up, adjusting values in these nodes takes minutes, giving you a huge range of results, making variation, color changes, etc, very fast! The above layout is this rock texture: 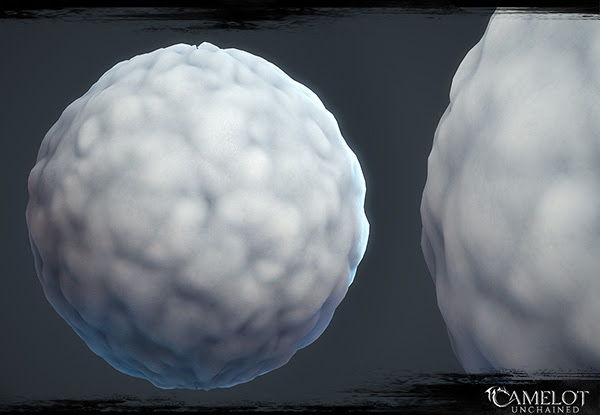 If you look closely on the larger image, you can even see the specular highlights on it! So far, it’s been a wonderful program to use, and I’m really looking forward to it speeding up our ability to make textures in CU! Oh, and we’re not using it for just repeating terrain textures, as we can use it on items, characters, armor, anything… anything that has textures on it!

And that’s a wrap for us at CSE. Thank you, Backers, for your interest in our work, and we hope to see you in future tests and on the streams, or even in the forums!