As we bid a fond fare thee well to March, we begin April with a sense of renewal. Blossoms are beginning to fill the trees, new growth is spreading throughout the land, and that’s just in our game, it’s also happening in the real world as well!

It’s been a very productive month for us and Camelot Unchained, and as usual we have lots of screenshots, information, a newsletter and another video to share with you. And, the best part is that hopefully on Thursday, we’ll be inviting our Backers to join us on Nuada, the place I shot the short, and as always, unretouched video which can be found (here) that shows me walking through the TDD Forest and then a quick hop to the TDD Home Island to see how it has been updated. For those of you who didn’t catch the livestream it can be found here – Twitch.

As always, let’s start with the Top Tenish. 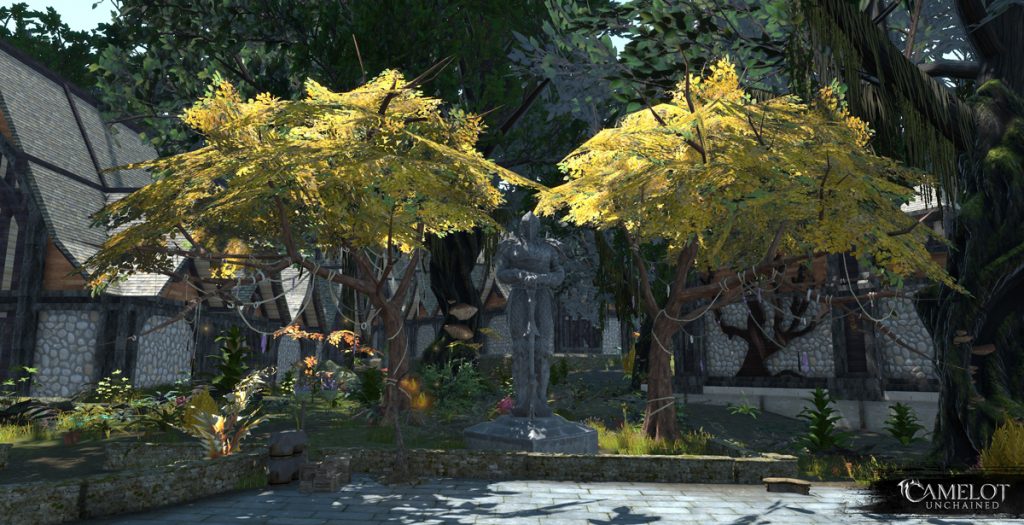 As stated above Ériu got the beautification treatment and was updated with the new Verdant Forest Content! Be sure to check out the Newsletter for even more information on this process. 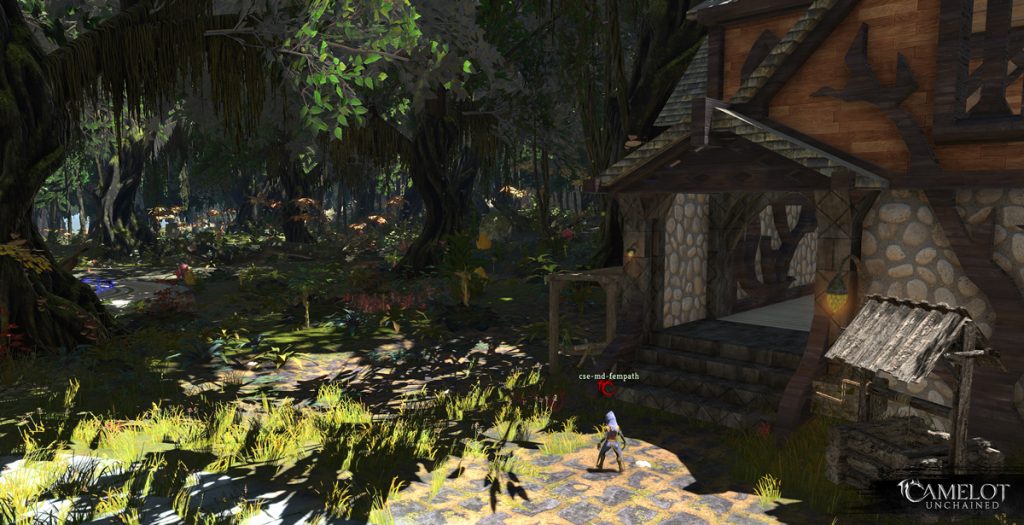 As you can see here, the industrial aspects are just swallowed by the massive trees of the Verdant Forest, and as we update the buildings and BPO content for this area it’s only going to get better!

You can now explore the open areas of the home island just as you were able to check out the test zone! 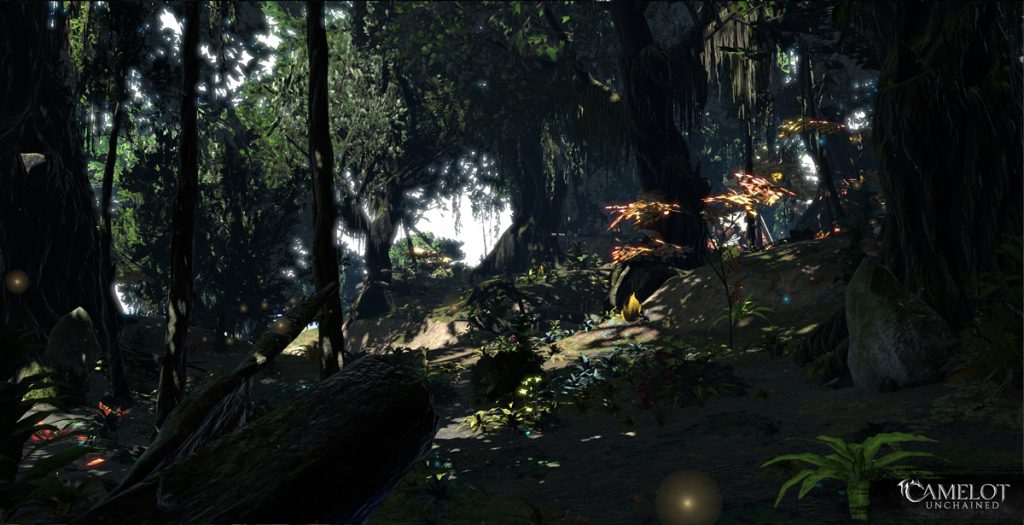 The ships that Sierra made have docked and are sitting pretty with high performance.

With just the first phase of Ériu under our belt, the changes are very dramatic; everyone here at the studio is excited to continue to enhance this zone. 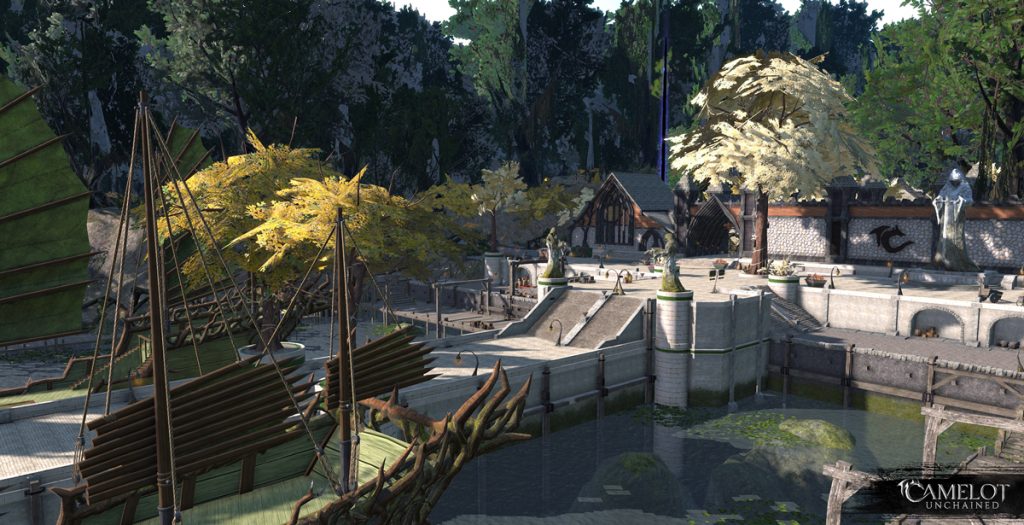 If you didn’t think there was much improvement going on with just this update, or it was all smoke and mirrors, please check it out for yourself! While we have plenty of fog in the game, not smoke nor mirrors were used to produce any of screenshots. There is information about logging in to check out the zone on the Newsletter! We look forward to your feedback!

The Rebirth Portals have made their way into the editor. Next up, Cross will be working his sparkle magic to give them their active phase! 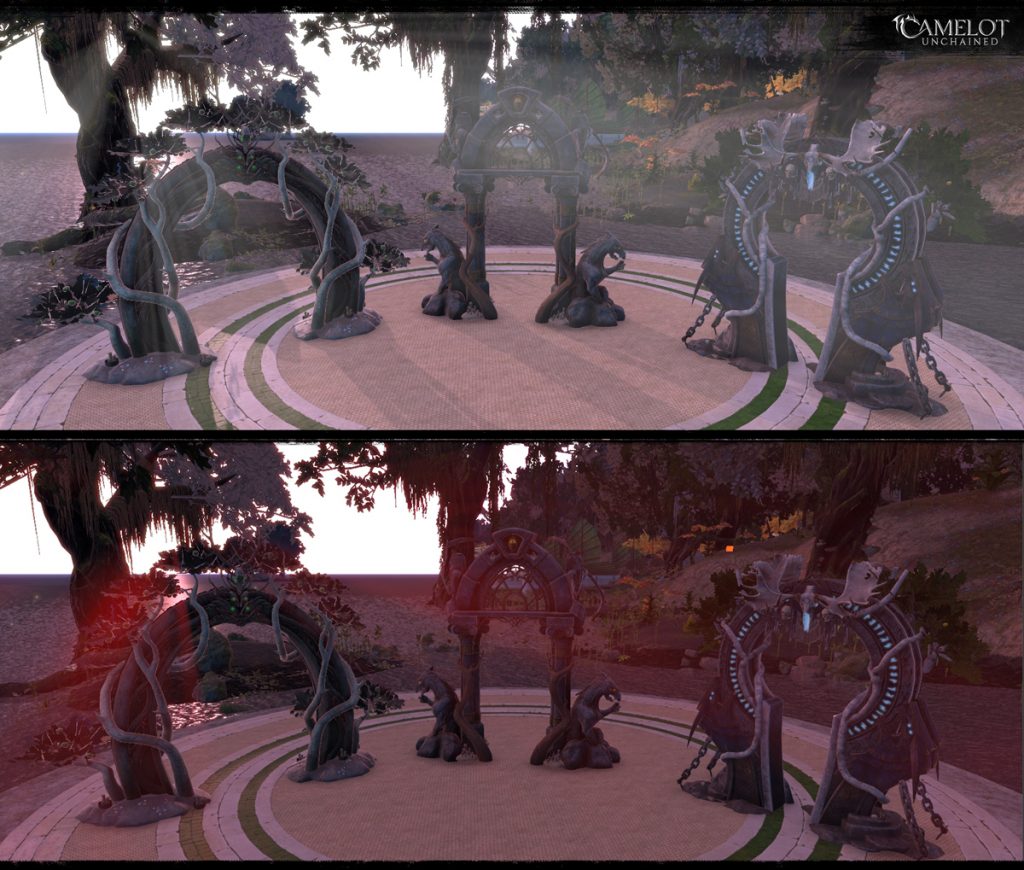 Jon did some really great things with the 3D models of the St’rm, and there are even more detailed images in the Newsletter if you’re looking for more Dragon-esque flare!

Just like the Medusa, there are rumors that the Elder Hawthorn petrifies those who corrupt her realm; these just might be those artifacts to prove this!

Massive improvements from George’s beautiful math! In the meeting people were jaw-dropping over the differences these subtle changes to math could make! 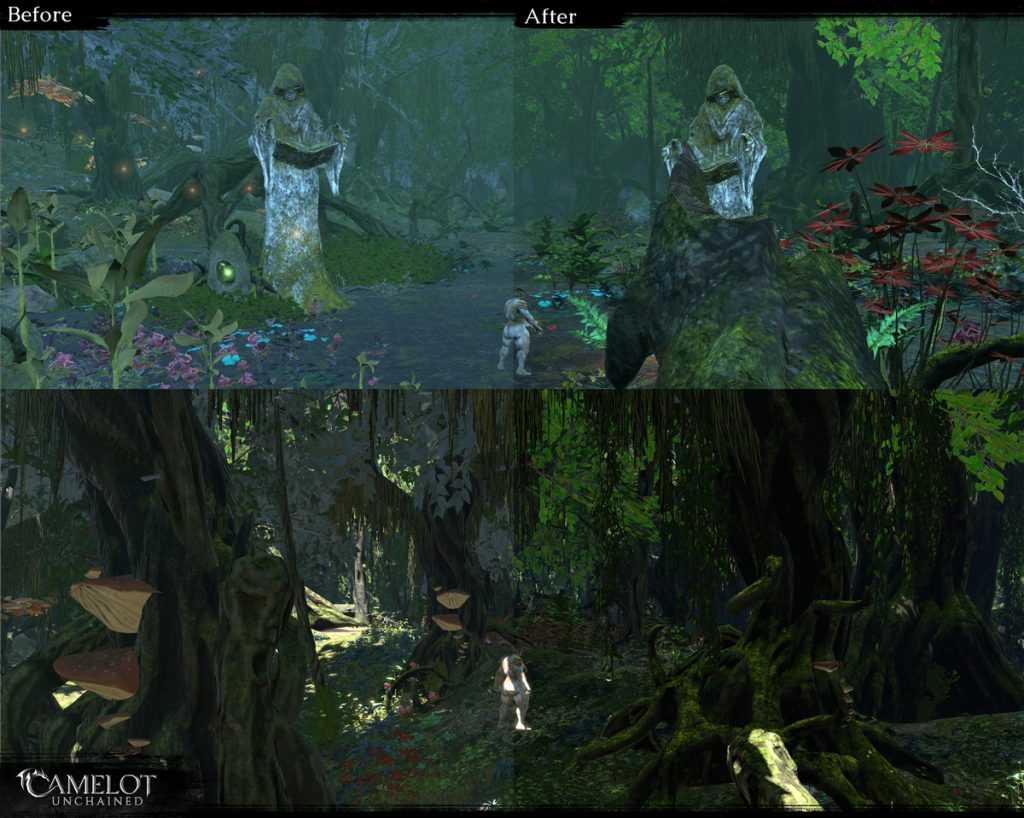 We’ll drop you off with some of the initial concepting when it comes to the Golden Plains, and if you’re looking for more or to see the chosen options, check out the Newsletter for a little more of a deep dive.

Speaking for all of us at CSE, we thank you for your support and patience and I hope you’ll jump in this weekend as a TDD to see what we have wrought with our efforts over the last few months. And as always, please stay safe for the remainder of this pandemic. I want all of us to come through this terrible time as best as we can.