Hey all, MJ here. As I talked about during our livestream (here’s the link if you’d like to watch!), this was one of those workman-like weeks. Nothing spectacularly great or bad to talk about. OTOH, we’re set up for a very interesting few weeks to come, including a presentation from Ben and JB about the mages! With our new Ability Builder in and the mage abilities being tested for bugs of the magically delicious kind–or just plain ol’ bugs, it’s a great time for us to talk about the class. So bring your questions to what should be an enlightening chat with Ben and JB!

But that’s just one of the highlights of the upcoming weeks. Among the other things we hope to be talking about are the next major weekday/weekend test, more siege weapons, doors, things that sparkle, and a lot more. That said, let’s go to the Top Tenish highlights from the past week.

In terms of art, as the title of this update might indicate, we’re working on adding new mortars to the game so that we can add new and interesting mechanics! Let’s start with a look at the new Arthurian armament! 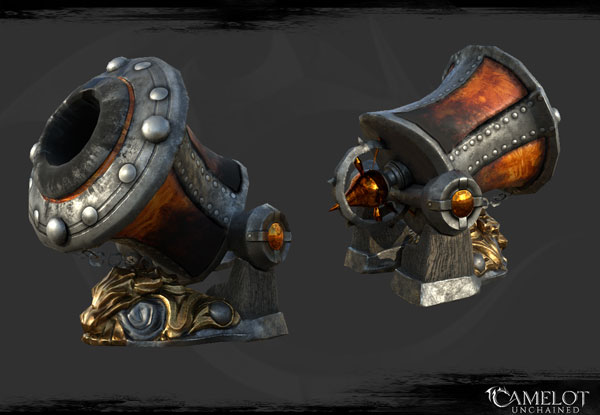 Next up, how about the new TDD mortars?

​Last, but not least, other than alphabetically, the Viking Mortars! 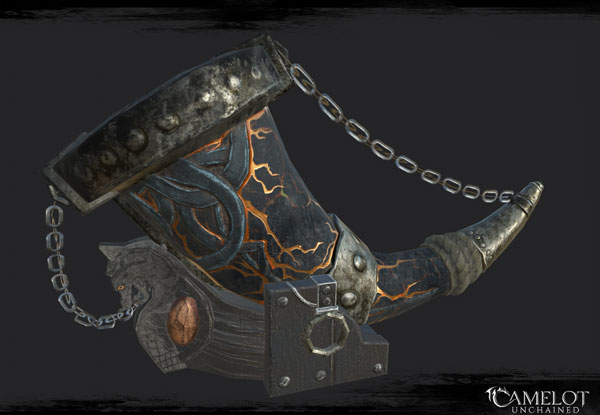 Here’s all the re-skinned mortars together for the first, and probably last time.

Last up, a re-skinned trebuchet. If you look carefully at the name at the top of the image, you’ll see what they will be used for in our game. 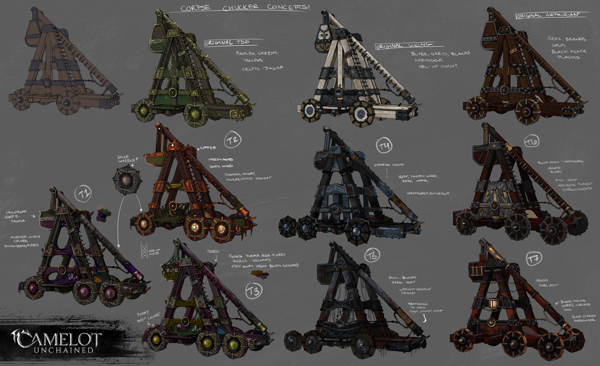 Now, the real question is, what exactly will they be chucking…?

Have a great weekend, all! Please expect a lot of testing next week that will hopefully result in a weekend test.

P.S. I wonder what Andrew and I were doing today that was making us giggle while working together with a shared Xbox controller attached to Camelot Unchained? And no, it’s not a console version of CU, nor was it from making this game something you can really play only with a controller, but it was fun anyway. Ask me next week!