It’s that time of year when, for those of us who celebrate Thanksgiving, we reflect on all that we are fortunate to have in our lives. For us at CSE, we are more than thankful not only for our supportive Backers, but also for the opportunity to work with you on such a great game. As we’ve begun to re-open testing, starting last week with our IT Backers, this was never more apparent as people jumped into Discord voice to join us in the melee. My favorite remark so far was “Get rehked son!”

After each test I had more than one person in the office comment, how much fun the tests were and how particularly colorful some of our Backers can be! Once again, thank you very much to you, our Backers. As an extra thank you, we’ll have an IT test this weekend. Details are included at the bottom of the update and will be followed by a reminder on Friday. So if you’re in IT, watch your email!

We’ll be out of office Thursday and Friday of this week, and back to work Monday, looking to expand the scenarios to support even bigger battles, with more mayhem courtesy of you guys and gals!

As it’s a short week, I expected our Top-Tenish, to possibly not reach ten items. However, we’ve got eleven highlights this week. Read on!

For art this week, we start off with some of the updated emotes from Sandra. These three hit the obvious offenders, of really old work, that also hadn’t taken into account the changes in our approach with the new animation system. Additionally, our animators have simply gotten better, so a chance to improve old work was exciting. These specific three, also start from a shared pose, as a test bed for some future animation tech that will save us some time. 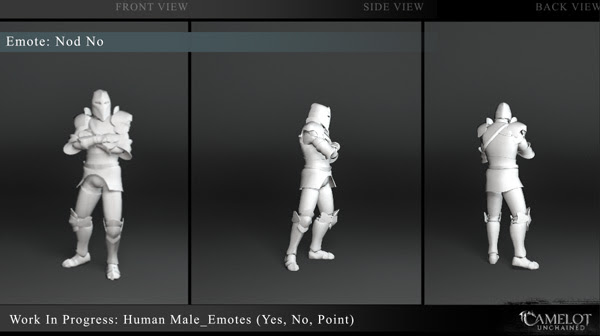 Next up, Jon completed the modeling pass on the next two female NPC outfits, Tuatha and Viking. These follow last week’s which you can see HERE. 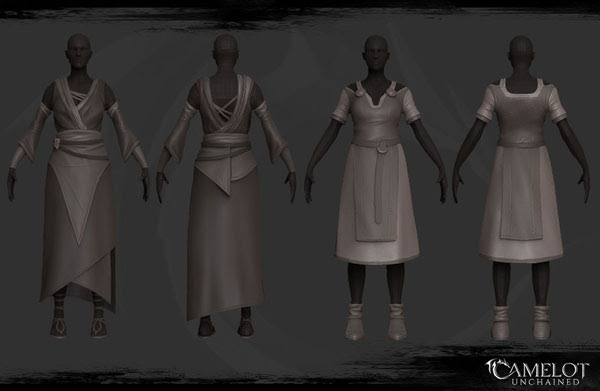 Michelle came to us yesterday and asked if she could do a little “Happy Thanksgiving” image for the update to fill in for a short week. With her level of talent, how could we say no!? 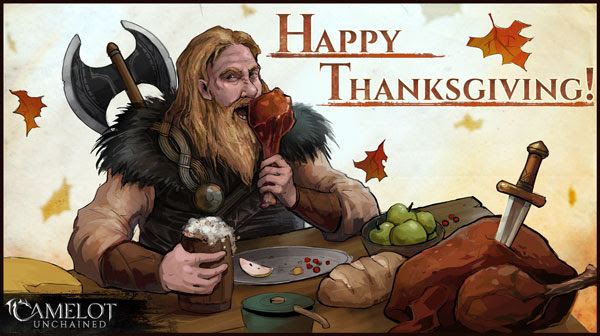 Once again, thank you for your kind words, enthusiasm and patience. If our playtests are any indication, we’re on a great path to succeed, and have fun along the way! For our weekend playtest, the details are as follows:

If you’re confused about the times, you can go HERE.

Once again, we’ll send another email out Friday as a reminder. Have a great rest of your week, and weekend.