We’ve had a CRAZY but productive week here at CSE, and are still on track for the start of Beta 1 on July 4th. This week was unusual, frankly, very much so for several team members, who implemented many changes to comply with the new GDPR regulations. We take the protection of our Backers’ personal information very seriously, and have updated our privacy policy in accordance with these new regulations.

Mark and our lawyer, Jim, gave a very extensive overview and Q&A during a livestream today, covering how these regulations affect City State Entertainment and our Backers. If you missed that stream, you can find that HERE.

We have made a number of changes to our Privacy Policy based upon the GDPR. The good news is that ALL of our Backers will now have extra protection, rights, and options than they had before. The bad news is that you have to read through a lot of words. After you have read each section, you will have the ability to opt-in and accept our new policy. If you haven’t updated accepted/declined our new policy, please log into your account HERE. (https://api.citystateentertainment.com/Account/Login ). You will be presented with the information immediately upon your first login if you have not accepted these terms. After that, you can still review or change your acceptance of the policy HERE (https://api.citystateentertainment.com/Account/PrivacyUpdate ).

Access to the game, chat, or our forums is contingent upon acceptance of all the terms in the updated policy. BTW, you can still chose to opt-out (or opt back in again) of our email mailing lists. These lists will be updated next week. If you have any questions, you can email us at:

As stated in our previous email, we are wiping the forums clean, and expect to have them back up next week. Additionally, gift codes and the combine or upgrade pledge functionality will be non-functional in our store until we make further changes next week.

For the rest of the week’s highlights, including art from our talented team, read on!

Some good stuff in this week’s highlights. I’m particularly interested in hooking up our NPC greeters on the new zones we’re making!

For art this week, we start off with an animation from Scott of the Mjölnir’s new special attack. Click the image to watch it in action! (This builds off his idle pose, which you can see HERE.) 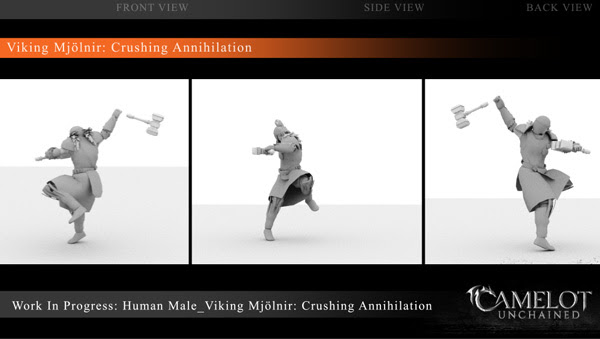 When it comes to these new ability animations, Michelle is staying one step ahead of Mike’s VFX work. This week, she worked on the Stonehealer’s new ability based off Joe’s WIP animations, which I’ve re-linked below the concept. 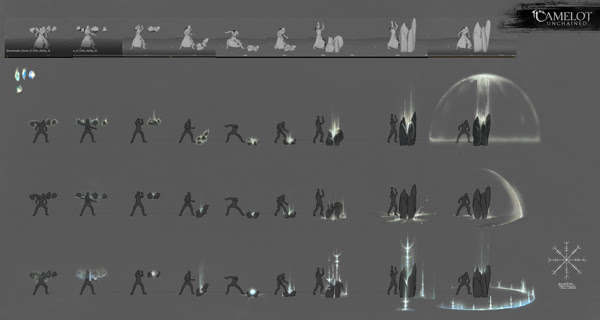 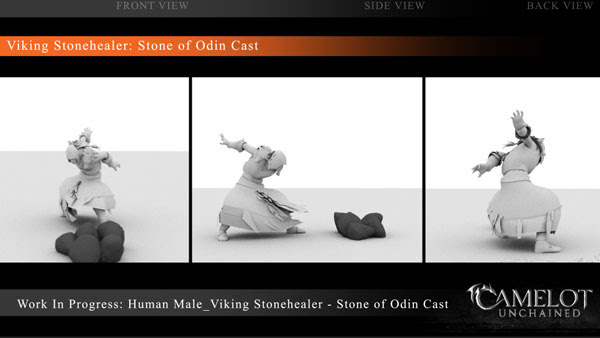 Mike, the perfectionist he is, surprised us when he decided to share a few low res captures of some of his VFX WIP. Click the images to see the videos. First up is a WIP of the Blackguard’s ability, where he powers up an extra-impact attack. 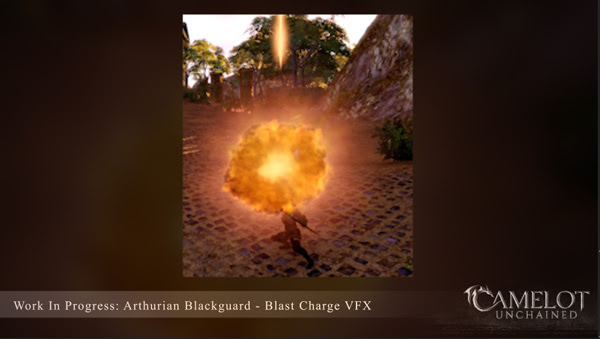 The next image is of the control point platform in the Dragon Fang map. Mike had to be extra creative with this one, using a thin vertical slice of space to put his particles in. It paired up well with the model. More than one person in the offices was heard asking, “How’d he do that?” 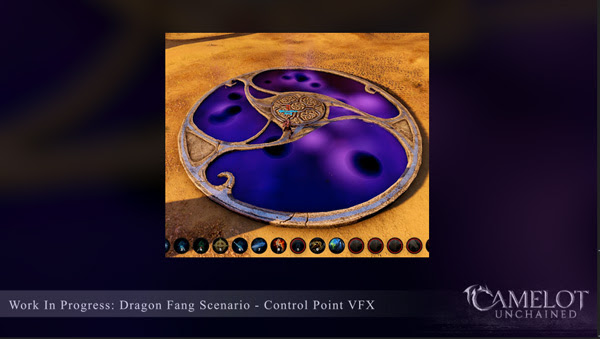 Our third WIP VFX is of the Forest Stalker’s Overgrowth Shot. 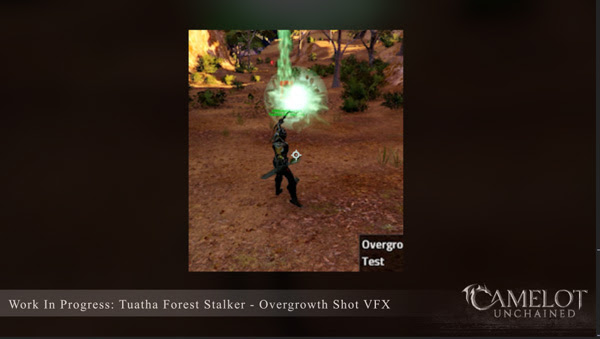 Next up, we have some environment work from Tyler (myself) and Dionne. I’ve been working on new terrain materials for more variation in our coastline. The image below will be a generic rock material based off the rocks in the included picture from Andrew’s trip to Ireland. Final color tweaks will come later once all the terrain bits, including rocks, grass, and debris are complete. 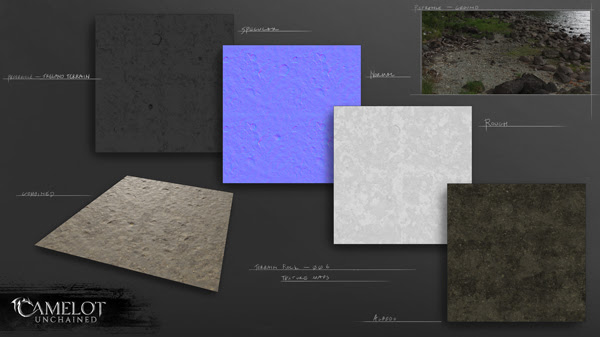 Dionne began work on the various grasses based on Andrew’s pictures from the bog he visited. These will pair up with the materials I (Tyler) created last week HERE and HERE. As with the image above, final color tweaking will come at the end. Interesting thing about these grasses: the assembly and layout is done by hand, often per blade of grass when needed! 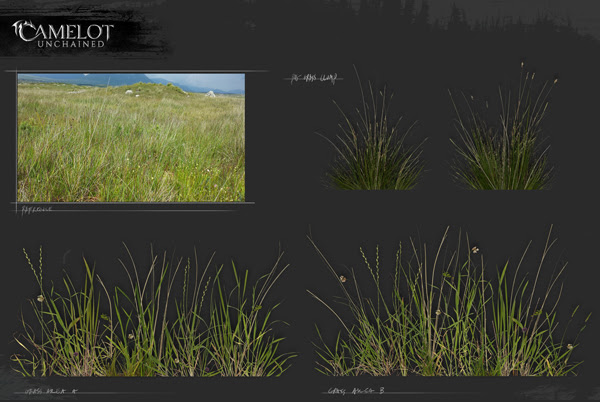 I’m particularly inspired by Dionne’s hard work on these assets, and can’t wait to put this all together on one of the Beta 1 islands! You may have also noticed art for the week is missing some spectacular sculpting work from Jon. Unfortunately he’s been out sick, but messaged me today to let you all know he says hi and misses everyone!

That wraps up this week’s update. We will be out of the office on Monday, May 28th, in observance of Memorial Day. Until next week, CU later!