We’re following up last week’s big announcement with a solid week of work from us here at CSE. The boon upon the studio does in no way mean we get to rest on our laurels! (Despite calls for us to buy new fancy couches for our streams!)

You’ll note our Top Ten for the week starts off with a production highlight encompassing planning our Beta 1 date. We want you, our Backers, to know we are currently working very hard on this for our next announcement.  In so doing, we want to make sure that the date we do give, will be our best, most thorough estimate allowing us to not only complete the work we’ve promised, but also make our progress easier to track with a “road to beta.”

If you missed today’s live stream update and Q&A with Mark, you can catch that HERE. In terms of the rest of the week, let’s take a look our highlights!

A solid week for us here as we maintain momentum towards Beta 1. Let’s shift a bit and look at art for the week, starting off with additional weapon models from Jon. These images show the low poly, high poly sculpt, and low poly with materials. 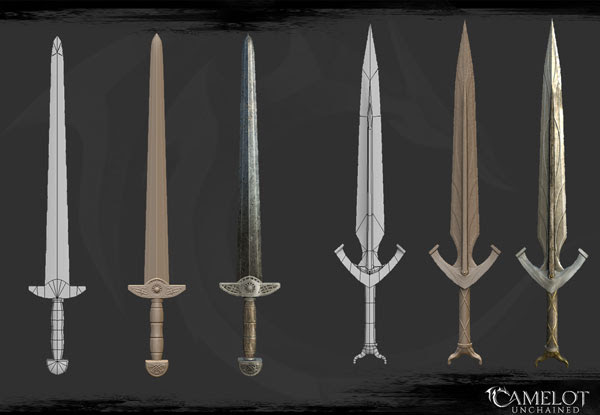 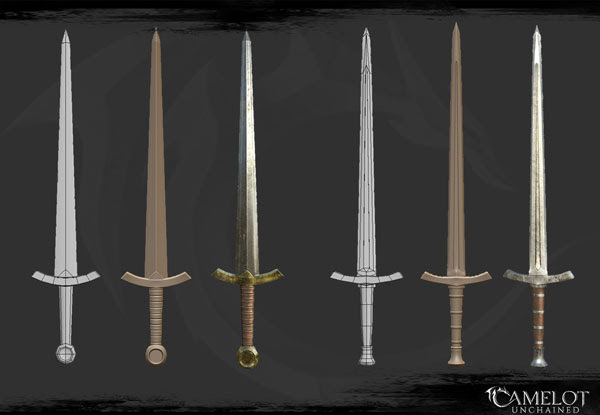 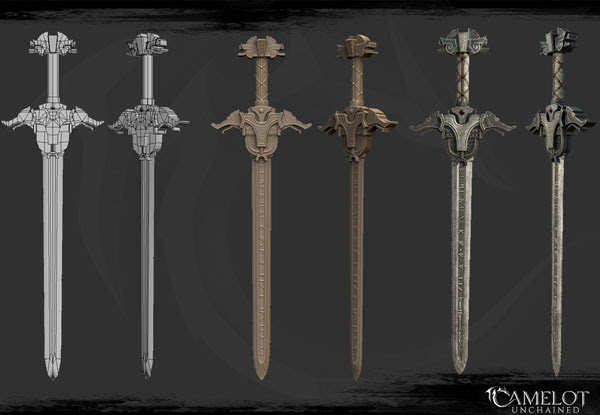 Now you can’t have weapons without some armor! As mentioned above, here’s a render of the Viking Medium armor, but this time with re-worked UVs and a new coat of paint. This image shows how the asset holds up between 4k, 2k, and 1k textures. This is particularly important when we want to render battles with hundreds of players. 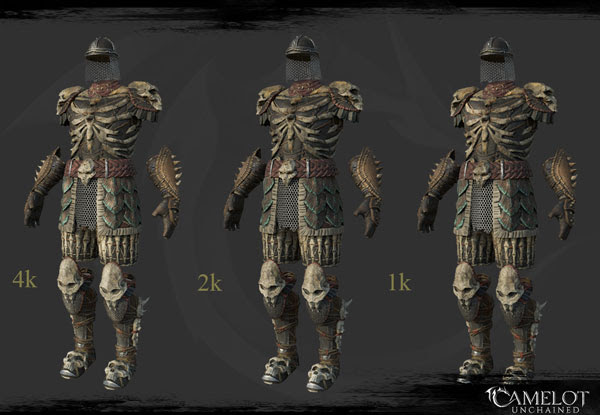 4k texture front and back. 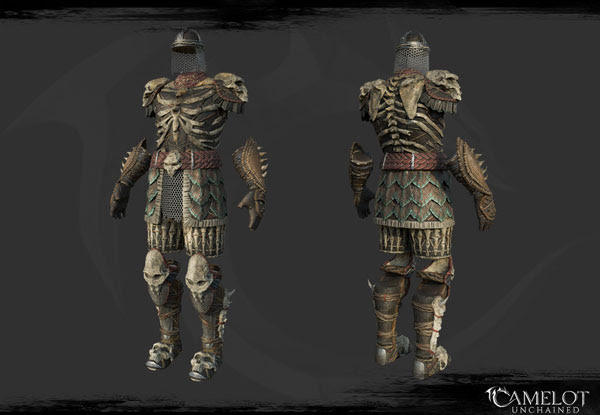 The below image shows the previous version against the new version. Remember, this is still a work in progress and is not final art. Both assets use the same amount of texture space, but the second one makes better use of the space to make the smaller details stand out much better. We’ve also increased the poly count some based on the growth we’ve seen in graphics card performance. That has allowed us to better define the different shapes in the armor much better. Looks great huh!? The materials on this also took about 1/3 the time to create because both Jon and Dionne have become more adept at the programs we use! 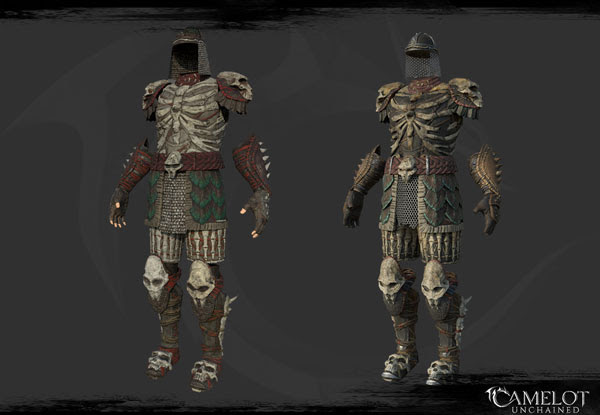 Moving along, Scott provided a quick image out of Max, of the results of some of his animation work and setup in our editor. In this image, as a first pass functionality, Scott has combined two different arm assets and begun work on the “weapon in hand” casting animation. You can catch his last animation stream HERE. 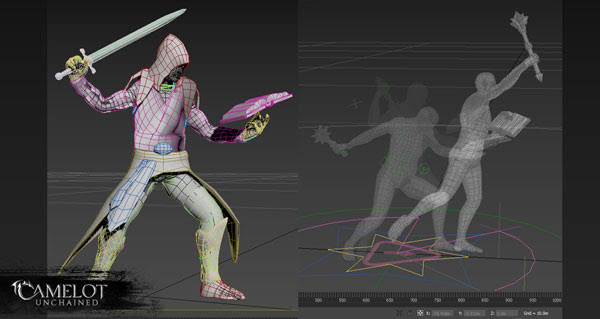 Dionne’s work on the Place of Power map has led us to exploring different treatments for the large rock assets that will be used. The process has not only allowed us to hone in on a good look for the rocks, but also gave us some fun ideas of how the rocks may look as they encroach a more fertile area where they may become covered in moss or plants. The assets in the image are WIP clusters, so we can quickly look at the materials in game.

The image below showcases all the poses we’ve chosen for the male and female class renders. 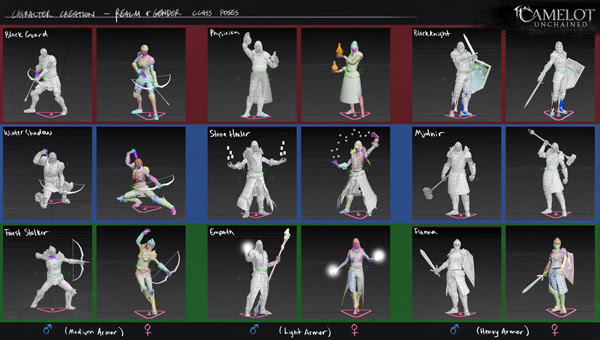 Earlier today Michelle asked me if she could provide some “bonus art” based on today’s update. I told her I would talking about our review of all the things needed for Beta 1. She said, “Okay, I can work with that!”

And with that image, a scribe hard at work, we say happy end of the week to all of you! Have a great weekend!