Another day, another update right?

Well, today’s update is a fun one for us. If you want to see the video of the Live Stream we did earlier today, you can find it here. OTOH, if you want to read about it, well, just continue to read on. And if you do, there’s a little bonus bit of art for ya!

Today’s update is focused on the Tuatha De Danann. Though some of the things discussed can have an impact of the evolution of the other Realms of Camelot Unchained as well. To start with, let’s look at some updated concept art for the Bean Sidhe. We have toned down some of the more gruesome visual elements of this race while still preserving their very dark nature. The manner of their deaths (or the death of the founder of their line) is reflected by the scars and physical changes on their bodies. They are still more than a bit spectral but for now, some of the gruesomeness has been toned down. 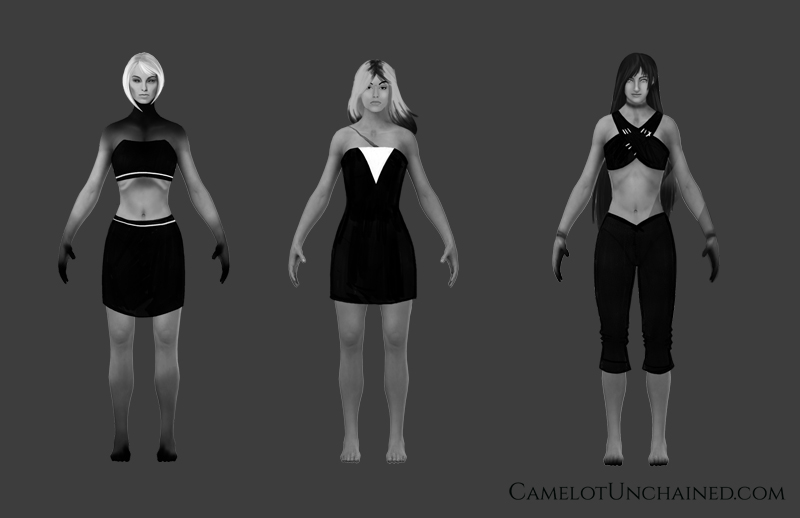 Here’s an arm study for the Bean Sidhe. Look at the use of shadows, as well as tattoos, on the Bean Sidhe’s arms. We want to have these customization options at launch.

We also took the time to concept out some male Bean Sidhe’s as well. 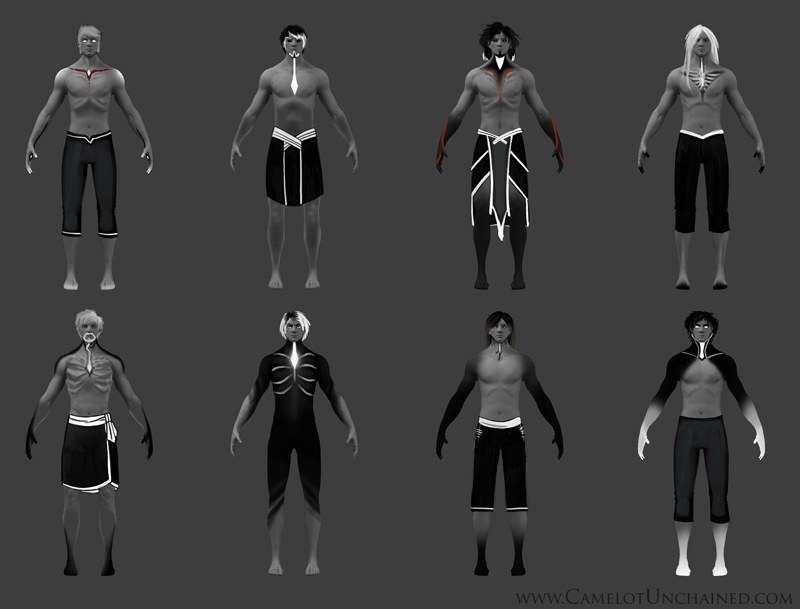 The second important bit from today’s update is the concept of “Courts” within the TDD Realm. The thought here is that by adding the concept of “Courts” we give some aesthetic direction for the TDD and the other Realms as well. For the TDD, the proposed Court structure are based on seasons and as such, they would start with Summer, Fall, Winter and Spring. This would, at a minimum, affect the look of the armor that is associated with each Court. The armor would have to reflect the aesthetic of the Court and, of course, fit in with the Realm of the TDD. For now, the Court system is just that, a concept and it is not confirmed but we would still love to get your feedback on our Forums. No matter what though, it does work as one of the underpinnings of the armor system for the TDDs. Thus, armor of the Winter Court needs to look “wintery” while the Fall Court’s armor has the mixture of bright colors, harvest and death that need to be incorporated into their armor.

What is important to the TDD, more so than any other Realm, is the fact that their armor is truly a reflection of where they live. It needs to have elements of their beloved forests woven into them. While they do need to work with metal as well, they have a very unique ability to merge the organic with the inorganic and create something very special. So while some of what you see on their armor is indeed metal, not all of it is.

Here is an example of the heavy armor for the TDD from the Fall Court.

As you can see, they look like they are wearing a combination of metal and wood and the colors of their armor are meant to invoke the Fall season.

Next is a some concept armor from the Winter Court.

As you can see here, this armor reflects the colors of the Winter Court.

Here are some additional armor concepts for a Bean Sidhe wearing some Fall Court armor.

As a bonus item for reading this update, here is another bit of exploration that our artists have been working on are the shields for the TDD. Here are some examples of possible TDD shields and inspiration that Michelle used while creating them. 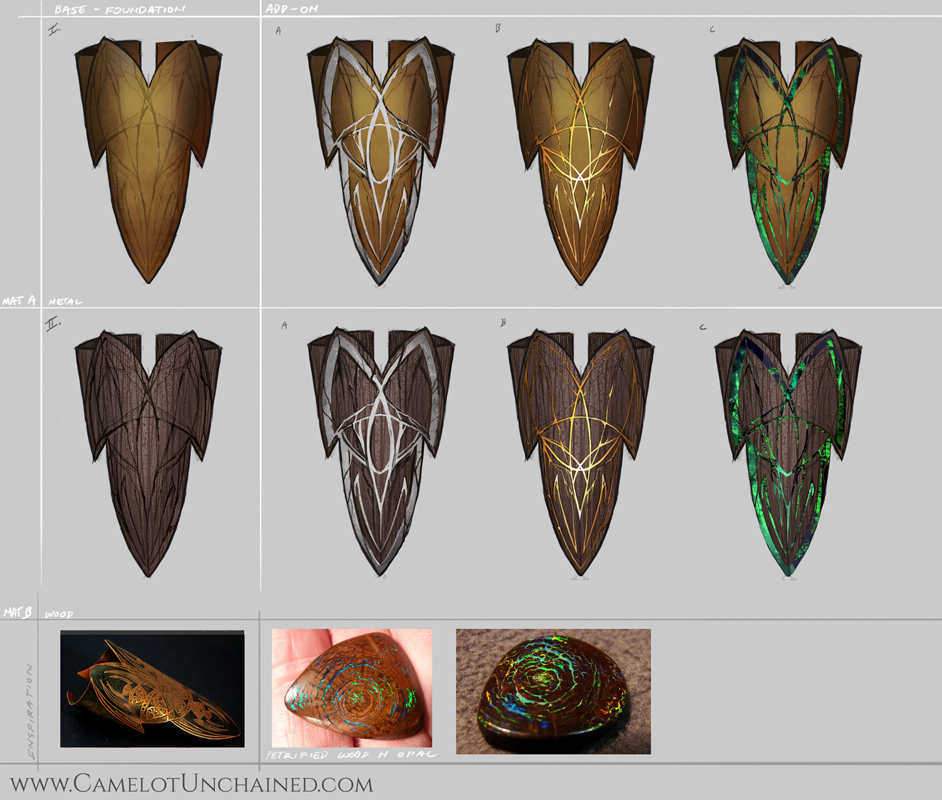 The last thing on today’s agenda is that we hope to have another P.A.T. on Friday. If all goes well, we’ll post the schedule late on Thursday, October 30th, 2014!

And that wraps it up for today’s update. It’s been a great week at CSE so far with the unlocking of the previous Stretch Goal and continued work on the game. I hope you enjoyed this update and, as always, we thank you for your support!