The clock is ticking, and even though we don’t have a countdown clock, we do have a calendar, so we know the month is all-too-quickly coming to an end. Given that, here’s a quick update from your crunchy devs in the winter wonderland (as in “I wonder how any of us survive the bad drivers here?”) formerly known as beautiful, downtown Fairfax, Virginia. First, the good news. It isn’t the end of the month yet! Now the bad news. It’s the 25th, and we’re not done yet. That’s it, thanks for playing!

Okay, that was a bit silly, but here’s the not-silly stuff. First, CSE has leveled up this week, with the addition of Kaylee Renee Mills! Now, she won’t be contributing much to this game’s development (other than depriving Tim of sleep), but we have high hopes for her when we put out Camelot Unchained XVIII! Mother and daughter are doing fine, but Kaylee has defied all expectations of the typical game developer, as she came out a month early. Tim is also doing well, but as I posted on FB, it was his wife and daughter who did all the hard work, so… Here’s a new image from the Queen of the Ducklings, Sandra:

In other news, we have a whole lot of changes to our P.A.T. #4 Checklist going up right now. We knocked twenty-two items off the list, and also added four new items. Here are the changes.

The P.A.T. list can be found here, as always!

Here’s an image that just went up on our Patcher.

And since we are getting so close, here’s a teaser image from the game’s Ability Crafting System that we talked about during the B.S.C. Daze. Teaser #2 will be revealed in tomorrow’s planned update. 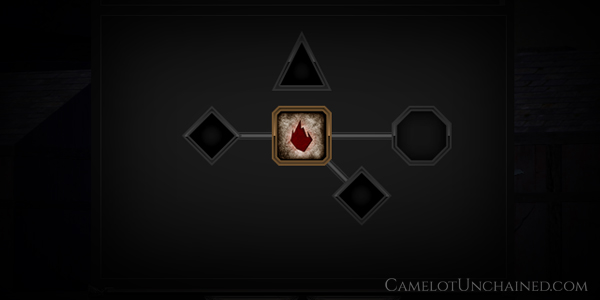 Well, that’s it for now. For those folks in Alpha, it won’t be much longer. If you want a bit of a preview on what is coming, head over to our Forums and dive into the Alpha discussions. There isn’t a lot there yet, but I recently uploaded the first pass at the Ability Crafting and Spell/Ability Book sections so you can learn a lots about the ACS there!

Wish us luck as we crunch the rest of the week away!